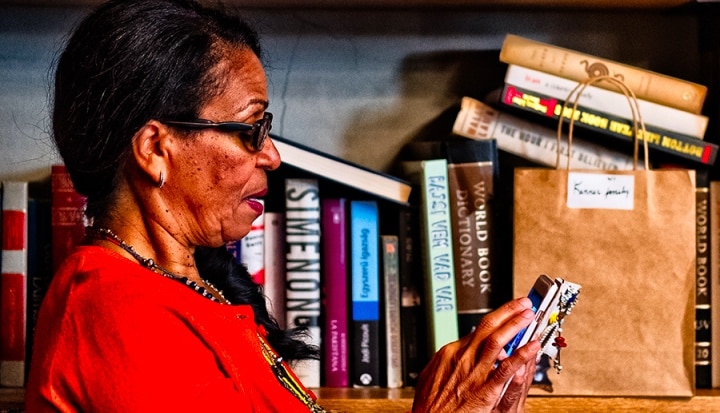 Social isolation can affect people at any stage of their life and technology has a unique power to prevent this, bringing people together and redefining connection. Nesta Challenges’ Tech to Connect challenge seeks to offer civil society organisations support in helping to build more connected communities and reduce social isolation.


Social isolation is a major public health concern, affecting people of many backgrounds, ages, locations and socio-economic circumstances. Research has shown that this issue can be linked to poor physical and mental health as well as potentially negative effects on communities. And those effects are felt most by those communities affected by additional challenges such as poverty. Loneliness and social isolation can affect people at any stage of life. More than one in five people in the UK feel lonely at least some of the time.  The Joseph Rowntree Foundation has reported that specifically ‘The combination of poverty and mental health problems in later life exacerbates the risk of social isolation.’

This is an area that Nesta has previously supported through the likes of Church Action on Poverty, one of the grantees of our Connected Communities prize, but more is needed to make a change. Although sometimes cited as the cause, technology presents a unique opportunity to prevent social isolation, bringing people and communities together, and redefining connection.

To combat social isolation, Nesta Challenges has launched a prize called Tech to Connect this summer, which aims to make a meaningful difference to social isolation in England. The prize is focused on finding tech solutions, in the widest sense, to tackle the issue. People can be isolated due to a myriad of reasons. But we know there are certain groups who are particularly vulnerable, including older people, those with chronic illness and disability and those experiencing poverty.

We have already started to see innovative tech solutions to assist some of these groups including Good Gym (previously funded by Nesta), an app that helps people get fit whilst doing good, connecting those who want to get fit by running with older people in their area who may be socially isolated. Similarly, in 2016, Nesta launched the ShareLab Fund with a call for ideas that made use of collaborative digital platforms to create social impact. The HappyCT project was selected for funding as community transport, argued to be somewhat underutilized, could be successfully unlocked through technology. Led by Ali Clabburn, founder of Liftshare, HappyCT focused on how they could use their expertise and platform to help make community transport more accessible for those in need.

Tech can certainly be said to have a conflicted relationship with loneliness and social isolation. Many cite the rise of social media as playing a role in increasing isolation, both by diverting people away from real world interactions and by excluding people without digital skills to engage with others. But at the same time, tech offers powerful ways for people to bring people together. By lending the right assistance to organisations that know the problem of isolation best, we hope that targeted technology can be developed and delivered in a way that best reflects the needs of its users.

The onus clearly needs to be on organisations to make a difference. Tech can play a crucial role by allowing people to stay connected to family members or connecting them with important local community services. Technology that reduces social isolation either directly or indirectly can help. So long as the connections forged through or by the technology are positive ones, this can help spur change.

The role of this Challenge is to use technology to enhance people’s ability to interact with others or with the civil society organisations on which they depend. Civil society organisations have great ideas, but can be constrained by resources. Funded by the Department for Digital, Culture, Media and Sport (DCMS), the prize will consist of £500,000 worth of business support from Nesta Challenges and £500,000 in grant funding. By offering tailored guidance and funding to help scale the most impactful solutions, we want to help build more connected communities and reduce the causes and outcomes of social isolation.

The application process should only take around one hour to complete. Submissions are open until Wednesday 7 August 2019. To find out more, visit: https://techtoconnect.challenges.org/