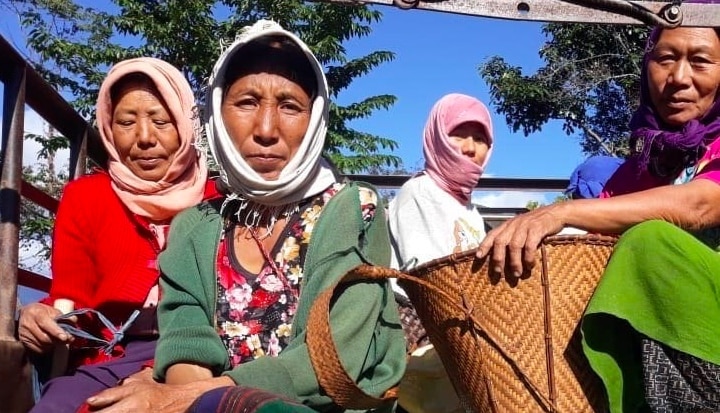 This article shares the story of a network of small-scale farmers in India tackling climate change. It forms part of ANDE’s Stories of Climate Resilience: Small Businesses, Big Impact campaign, that showcases adaptation solutions to climate change driven by entrepreneurs.


“It was a turning point for me,” said Ruchi Jain, Founder and CEO of Taru Naturals, about her trip to the villages of small-scale farmers in India struggling with the effects of climate change. “I realized that if you want to make a big impact on the world, you have to be grassroots-based—it has to be a movement.” Since then, Jain has grown Taru Naturals into a fair-trade network connecting over 10,000 tribal and small-scale organic farmers across India to the resources and training they need to grow climate-resilient crops and markets to sell their products. Jain has seen first-hand the devastating impact that the effects of climate change, including droughts, floods, and wildfires, can have on already vulnerable communities. She has also seen how those most directly affected by climate change, like the farmers she works with, often develop the best solutions. “They don’t have a choice,” said Jain, “they have to find ways to adapt.”

Naga sticky rice being harvested by a small farmers group in Nagaland, India

Jain works with the farmers in her network to gather what she calls “stories from the ground,” local knowledge about the types of crops and farming techniques that have enabled their farms to withstand increasingly common extreme weather events. For example, they noticed that black and red varieties of rice are resilient to flooding; their long stalks keep the grains safe from rising water levels. This knowledge informs the training programs Jain offers to farmers as well as the organic food products she makes using their crops and sells to customers. Recently, she has been experimenting with using climate resilient crops like millet to create products traditionally made from wheat, which cannot withstand droughts. “We’re making millet pasta for a reason,” said Jain. “This is the way forward.”

Jain recently spoke about the big impact small businesses can have in the global fight against climate change alongside Executive Director of the Aspen Network of Development Entrepreneurs (ANDE), Richenda Van Leeuwen, at this year’s Aspen Ideas: Climate conference in Miami Beach. “In a world where decisive action against climate change is an imperative, small businesses have a critical role to play as innovative climate adaptation and mitigation solutions providers. But small businesses—and the incubators, accelerators and enterprise support organizations that help them grow—still need far more resources,” Van Leeuwen said. Despite Ruchi’s own success, she says much more support is needed for entrepreneurs. “It’s hard for us to break through in established markets. There needs to be an enabling eco-system across the world for small businesses that work with on the ground knowledge of food systems to create solutions,” said Jain.

While the realities of climate change can feel daunting, it is the small victories that keep Jain motivated. She says she will never forget the moment that a farmer who had taken her training program gave her a seemingly ordinary papaya. “He handed it to me and told me it was the first fruit his tree had produced in twelve years,” Jain said. “It was so special to him, and he wanted me to have it. It’s really beautiful.”