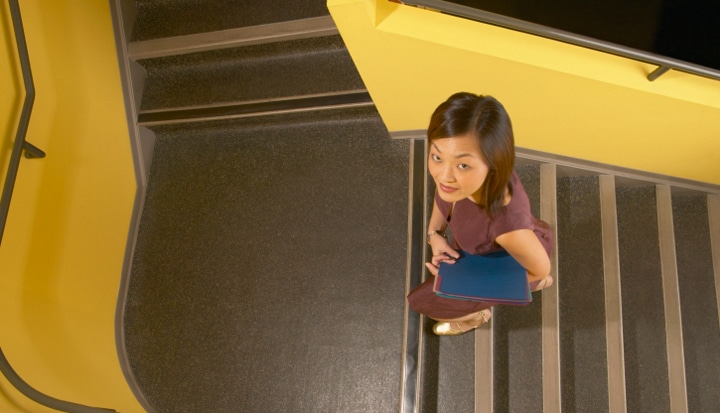 
For the theme on working with large companies on The Practitioner Hub I have assembled some tips from my hard-won experience for anyone working with a company on an inclusive business initiative. I have the perspective of an external practitioner engaging with counterparts from inside the business, but I suspect that company employees may face the same issues too.

I hope you find them useful!

The issue: large companies are usually complex, and multi-nationals even more so because of their geographic spread. Such companies are not unlike governments in that you only ever really see a small part of the bigger structure. As with governments, only very few of their own staff really know how they work, and so as an outsider you don’t have much chance.

My experience: I was seconded to a very large oil and gas company to work on an inclusive business project. I turned up one day to find my counterpart in a meeting with someone who I had never seen before who was ‘reviewing the project’. Over the next few weeks it became clear that her team was taking over the project and that had been her team leader’s intention for a while.

Tip: find yourself a guide who can help you navigate the company. Don’t be surprised if powerful people and departments you have never heard of suddenly appear from the organisational mist and knock your initiative off course.

Everyone’s boss has a boss

The issue: this tends to be true in most walks of life but the difference between small and large organisations is that in the latter the boss’ boss has many bosses, most of whom you are never aware of until…they decide to do something that has a direct bearing on your initiative. This is linked to the point above, with mist and cloud surrounding the summits that you and your counterparts can’t see. A change in strategy, which was never intended to impact on your project in particular, can mean that your project no longer fits.

My experience: I developed a project with a counterpart from a large retailer and had summited a concept note to a challenge fund that had been warmly welcomed. My colleague’s boss was supportive. But….in one phone call I was told that unfortunately a person higher up the food chain had made a decision that now made our project impossible.

Tip: encourage your counterpart to consult widely and build strong internal coalitions that can help you to identify, and head off, internal threats. Get senior support – it may not be enough on its own (see ‘Champions are not armies’, below) but it will buy you time.

For profit means just that

The issue: don’t be confused if someone from a large company starts behaving as though they are part of an NGO or a philanthropic foundation. They have got it wrong, not you.

Companies will ultimately always act in their own interest, and so they should. A company that doesn’t act in the interest of its shareholders (with that interest including having a fully responsible and enlightened view of their role in society) is not being true to itself or its role in an economy. These interests may be short term profits or long term strategic advantage, depending on which bit of a company you are engaging with, but they never go away.

My experience: a clothing brand sent representatives to a meeting I was facilitating with local garment factory owners together and made a general offer to help and support the local industry. In a private meeting later, another company representative made it clear that the brand would in fact only support, and buy from, foreign owned factories in the foreseeable future, as the locally owned factories were so far from meeting their commercial needs.

Tip: always be realistic about what large companies can and can’t be expected to do ‘for the greater good’. Help companies to manage expectations with other stakeholders. The support they can offer is probably very valuable, even if it’s not as much as some people may have initially hoped for.

The issue: this is somewhat linked to the point above. Large companies have strong organisational cultures, probably as a way to ensure that key values and competencies are shared across many different countries. This culture will always impact on an inclusive business initiative, and if you think that the team you are working in is ‘different’ then you are probably wrong….

My experience:I was engaging with a company that is well known for being secretive and controlling. The people I was talking to seemed very different, but the next thing I knew the project was being shut down because it would have risked revealing material that was deemed to be commercially sensitive.

Tip: keep your ears and eyes open until you have assessed the organisational culture and bear it in mind whenever you are engaging with the company.

Champions are not armies

The issue: internal champions, and especially senior ones, are very helpful. However champions are just that. They are not the whole army that is needed to actually implement an inclusive business initiative.

My experience: the managing director of a family-owned company in Bangladesh was championing a new approach to working with small scale suppliers. A team from the Business Innovation Facility developed a tool for the company but all along the process there was resistance from the team who were supposed to implement it.

Tip: find and nurture champions at different levels and have other strategies for bringing the troops along with any new initiative. Don’t be too dependent on one champion, as companies may decide to move someone at very short notice or they may have to change job to further their career.

The issue: the reason that a company has reached a massive scale and is still successful is probably that it has ruthlessly focused on doing a few things better than any other company. Although such companies have large numbers of staff, they do not necessarily have a wide breadth of different skills and experience immediately to hand.

My experience: towards the end of the Business Innovation Facility pilot I did a survey of the projects we were supporting to see whether any trends emerged as to which size companies use partnerships more or less than others. It appeared that the large companies in the portfolio were more collaborative than smaller ones, and a respondent from one of these large companies gave me the explanation that ‘large companies are very good at doing a very limited number of things’.

Tip: helping large companies to find non-traditional NGO or public partners can be a good way to support inclusive business initiatives. Make sure that the NGO doesn’t try to make this into a transactional fund raising relationships however – that’s not what the company will want.

Don’t give up, you still have friends

The issue: while it’s unwise to under-estimate the challenges of running an inclusive business initiative in a large company, help is at hand for those willing to take on these challenges. There is also no doubt that these initiatives are making a difference for low income people in many parts of the world, as well as being immensely rewarding personally.

My experience: I have been – and still am – involved in some great initiatives such as the Business Innovation Facility and SIDA’s Innovations Against Poverty. There are many more, all there to provide support.

Tips: look no further than the Practitioner Hub’s partners. There is also a database of support organisation on the hub, which is a couple of years old but still helpful. Keep an eye on the Hub, as there is more such material on the way. I also commend Milan Simani’s blog on the Intrapreneur Lab this month for another great programme. Finally, do take a look Damian Payiatakis’ blog ‘My First 100 Days as an Intrapreneur,’ an inspiring personal story of navigating the challenges of setting up an inclusive business project in a large bank.