MY World Citizens: Technology and a Revolution in Global Policymaking 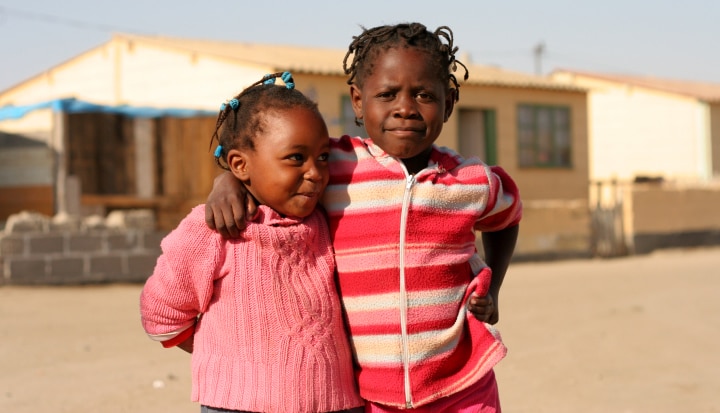 MY World: Technology and a Revolution in Global Policymaking

Since they were adopted by all UN Member States in the year 2000, the Millennium Development Goals (MDGs) have made a huge difference to the lives of millions of people around the world. The MDGs have helped to define a truly global agenda in the fight against poverty and have also provided a clear frame for setting national priorities and fueling action on the ground.

The United Nations Millennium Campaign, founded in 2002 to engage civil society in supporting the achievement of the MDGs, has been at the forefront of this agenda working with citizens all over the world to mobilize support for the goals and ensure progress.

Between 1990 and 2010, global poverty has declined in all regions of the world, over two billion people gained access to improved drinking water sources, 40 million more children are attending school, despite population growth the number of under-five deaths worldwide fell from more than 12.0 million in 1990 to 7.6 million, global malaria deaths continue to decline and an estimated 6.5 million people in developing regions are now receiving life-saving HIV or AIDS treatment.

However this progress has been uneven, inequalities persist and it is critical to continue our work with urgency until we live in a world free of extreme poverty.

Looking to the future. Together.

Even if the MDGs are fully achieved, much unfinished business remains. Poverty rates have been halved globally, meeting the MDG target – but what about the other half? Projections show that in 2015 almost 1 billion people will still be living in extreme poverty, on less than $1.25 a day. At the same time, humanity’s consumption and production are exceeding planetary bounds. Continuing gaps – on poverty, hunger, health, gender equality, water, sanitation and many other issues – will still need attention after 2015. Therefore, accelerating MDG progress and preparing for the post-2015 UN development framework are part of the same effort.

We strongly believe that the new post 2015 development framework should be bold, ambitious and universal – relevant to all people and all societies. It should constitute global transformational change for people and planet, significantly drawing on experience gained in implementing the MDGs – both in terms of results achieved and areas for improvement. It should also reflect new development challenges, with the fight against poverty and promotion of sustainable development at its core. It should reaffirm the principles of the Millennium Declaration of the year 2000, whereby all countries expressed their commitment to a world of prosperity, equity, freedom, dignity and peace.

MY World: citizens all over the world vote to define the future

The United Nations, as a leading organization on the post 2015 process, is keen on ensuring that the new development agenda results from a truly open and inclusive process. And for the first time in history, the UN is getting hundreds of thousands of people around the world involved in shaping the next anti-poverty agenda.

Extensive consultations involving governments, civil society, private sector, academia and research institutions from all regions are under way. National consultations involving these partners will have been held in at least 100 developing countries by early 2013 also complemented by thematic consultations on key issues such as governance, conflict, growth and employment, inequalities and population dynamics among others.

But the UN is breaking new ground by using digital media, mobile phone technology and extensive door-to-door outreach to citizens to include as many individuals as possible in the debate on future global targets. One of the most innovative initiatives in his regard is “MY World - The United Nations Global Survey for a Better World” which can be viewed at www.myworld2015.org.

MY World is a truly global option based survey, developed jointly by the UN Development Program (UNDP), the UN Millennium Campaign, the Web Foundation and ODI which aims to encourage people ́s participation in defining the next global anti-poverty goals by asking them to vote for the issues that would make the most difference to their lives.

To date, thanks to the support of 416 civil society and corporate organizations, over half a million people from 194 countries have voted in the MY World survey- thousands have voted in schools, workplace, by SMS and online methods in Nigeria, Rwanda, Cameroon, the Philippines, Brazil.... among many other. And thanks to the ability we now have to analyze real time data, our scrutiny of initial results yields interesting preliminary conclusions.

Firstly, by voting predominantly for health and education as the top two priorities globally, people all over the world are telling us that the existing MDG continue to be important. There is a major unfinished agenda which a new global agreement will need to address if it is to meet people’s aspirations. Access to water and sanitation and to nutritious and affordable food are also perceived by people as being of key importance.

Secondly, it is clear that people are pointing to new issues which they think need to be included. The most important of these is an honest and responsive government. Other emerging priorities which were not covered or barely covered in the existing MDGs include greater protection from crime and violence, better job opportunities, and protection of the natural environment. People also clearly care about greater equality: both freedom from discrimination in general and inequality between men and women in particular. The ambition is to set the world on course for a more prosperous and secure future, by combining poverty eradication and equity with the development of more sustainable economic growth.

Technology and social media offer opportunities that were not available when the MDGs were formulated in 2000.Through MY World, the UN is committed to harnessing their full power to ensure open and inclusive dialogue on the post 2015 agenda.

People have now the opportunity, as never before, to express their concerns and be part of the debate on the new development framework from the earliest stages.

The global conversation has begun and all are invited to participate.

This blog was previously published in TLQ Magazine and is reproduced here with permission.