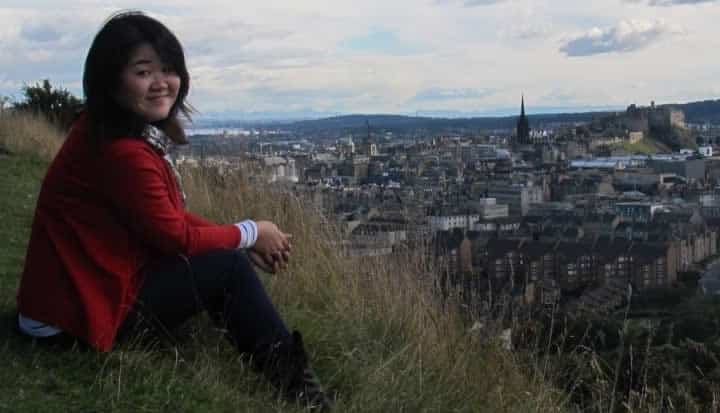 My Experience as a Mentee in Cherie Blair Foundation’s Mentoring Women in Business Programme: Part 3

Click here for more stories about
Education
Friday May 10 2013


Dumpling Dreams was previously just an “idea”, but over the past year became an implementable and actionable plan. After I returned from the UK, my mentor and I firstly needed to brainstorm about how to raise the start-up capital necessary to put this dream into motion.

December 2012: Lenovo group launched their “For Those Who Do” venture capital contest. I submitted an idea I had originally developed with a colleague Jessica, and shared it with my mentor – and thus the Dumplings Dreams Project officially began. The first round was a fierce competition between 30 different projects and organizations. My mentor told me that she was very happy to be able to experience, through me, what it was like to be in a competition like this in China. She was interested in learning about the other organizations participating in this project, and found it a as an eye-opening experience.

January 2013: I’ve just received notice, saying that “Dumpling Dreams” has made it to the top 15, out of whom the final 10 will be chosen by the end of the month. Again, I began to feel very anxious. Thousands of miles away, my mentor could sense my distress. She called me directly, and then afterwards, two more times during those last few weeks of January. During our conversations, we discussed my plans for Dumpling Dreams and went over the rules and requirements of the competition. Even though she was incredibly busy with her own work, she was never perfunctory or impatient with me. She listened to the questions I posed, soaking in all that which was unfamiliar to her, seeking to understand that which was different to her daily environment. She never jumped to conclusions. And after I was done speaking, she always analyzed and discussed the problem with me in a way that surpassed our geographical limitations. In this way, her support to me has never wavered.

At the end of the month, I received the amazing news the organization that I work with, Hua Dan, won the competition. Dumpling Dreams went from being a simple idea, to being an actionable plan, and now it has received its first start-up capital. Even after I had won the competition, I continued to get messages from my mentor; I could feel her joy, her happiness for me. What I would give to cut my trophy in half and send it to her!

The next month was the final month of our mentoring relationship with the programme and Spring Festival here in China. I received an email from the Cherie Blair Foundation, reminding us to write down our feedback and evaluation of the mentorship program we’d participated in, as well as give recommendations for the future.

I’m sitting in my room when my mother walks in. I turn to her and say: “I want to tell you a story”. And then I begin. I tell her, from beginning to end, all that has happened between my mentor and me. When I am finished, mom looks at me and says: "Why don’t you write the story that you’ve just told me down? It is a beautiful journey and what lovely memories you and your mentor have created!" And indeed, having such a mentor – and dear friend – on the other end of the earth, supporting me, always supporting me, made me feel as if the world is not so big after all.

Of course, this wonderful learning process has not been without its challenges. Because of the time difference between us, there were moments when we couldn’t find a suitable time to speak. Due to poor internet connection, many conversations that were filled with promise and excitement ended in disappointment and incompletion. Because of our jobs, we were frequenting shuffling back and forth between different geographical locations; for her, she moved from country to country and for me, city to city. Occasionally, due to a sudden emergency, one or the other of us would have to cancel our conversation at the last minute.

However, it is precisely because of these challenges, that we’ve come to better understand each other and that we’ve come to a better understanding of each other's way of life, each other's work rhythm. And it was because of these challenges that deepened our trust in each other. In an age when internet connectivity pulls our voices and locations closer, yet often does not help with the growing gap between our hearts, this mentorship program has not only allowed me to develop and grow in my professional life, but has also impressed upon me a new understanding of the capacity of relationships between people, bringing to my concept of “relationships” a new and positive definition.

My Dumplings Dreams cultural exchange performance plan has come a long way from its seed as an idea when I started the mentoring prorgramme. Step by step, it has begun its journey towards a realizable goal with all my wonderful colleagues in China and new collaborators in the UK. Throughout this process, my mentor has not been someone constantly checking in one me, but rather someone observing with a concerned eye and offering insightful and helpful suggestions. She reminded me of what I was doing and what I was capable of. She helped me dare to dream more, learn more, do more, and also hope that I can become better. Also, by being mentored myself, I have learned how to mentor others and accompany other women and youth to find their path in life. Perhaps this is what empowerment is…

When I hit upon the seemingly impossible, there was someone who showed me – through her actions – that “someone is rooting for you at the other end of the world and helping you achieve your dream”. And thus, many things that before seemed impossible became possible. And the person who helped me through this process was her, my mentor, Safiye.

The Cherie Blair Foundation for Women is now recruiting mentors for their June intake. If you are interested in applying, please visit their website.

This is the last of a three-part blog series, written by YangYang Tao from China, a mentee in the Cherie Blair Foundation for Women’s Mentoring Women in Business Programme. The programme connects highly skilled professional with women business owners around the world over an online platform powered by Google.