Multinationals Must Step up Game to Attract Top Business Students 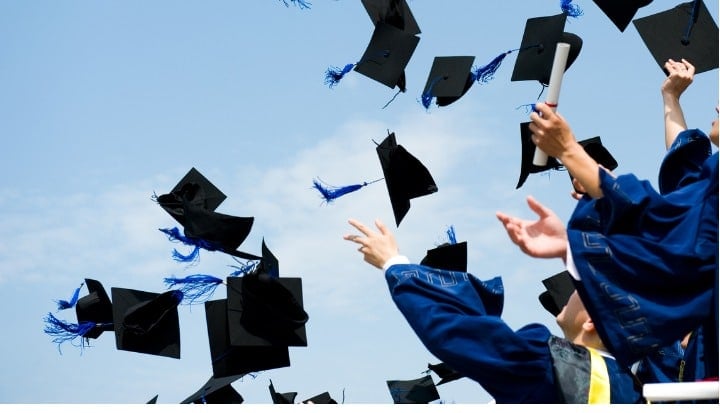 Millennials at leading Swiss business schools say it will take more than a good salary to recruit and retain them. They want jobs with purpose, flexibility, and above all, the opportunity for impact.​


Millennials at leading Swiss business schools say it will take more than a good salary to recruit and retain them.

They want jobs with purpose, flexibility, and above all, the opportunity for impact.

There has been a lot of talk about how millennials (people born between 1983 and 1994) and Gen Zs (born between 1995 and 1999) want more than money and a 9 to 5 job. Various surveys and media reports suggest that, globally and in Switzerland, younger generations are searching for jobs with meaning and rejecting big multinationals as symbols of the rigid, profit-driven corporate structures they are trying to escape.

But, the picture is more nuanced if you talk to millennial-age students at top business schools in Switzerland – a group that is highly sought-after by large multinationals.

They say the era of multinationals isn't over but they are expecting more from them.

Giulia Gatti and Hagen Rockmann, students in the MBA programme at the University of St Gallen, talk about honing their business skills and their professional plans.

The search for purpose and authenticity

Dominique Gobat, a career services manager at the University St Gallen’s MBA programme, told swissinfo.ch that it is too extreme to say that millennial business school students are shunning multinationals. On average, 94% of St Gallen MBA graduates in the last three years have gone on to work for large companies.

However, he says, “What we do start to see is the younger generation looking for values alignment. Students are increasingly asking – does the company and what it does align with my values? Students are also more mindful of greenwashing, when a company says they do x, y and z but they aren’t necessarily walking the talk.”

He doesn’t believe that values and authenticity are incompatible with big global companies. “They may still go work for a multinational. They just may be more mindful of what the company is trying to do or how they treat their employees and their bigger mission,” explains Gobat.

Julia De Vargas-Marquez, who has been working in career services at IMD business school in Lausanne for more than 20 years, has observed a similar shift. “Students are not just concerned with what companies do, but also increasingly how they are doing business. Students are also more interested in their own impact. They want to know the impact their job will have on the company and on the wider society.”

While not representative, swissinfo.ch surveyed half of the 2019 St Gallen MBA class and found that 80% want to work for a large multinational following graduation but some 73% said that they believe business students today are less interested to work for multinationals than ten years ago.

When asked what they care about most when looking for a job, a good salary was important but not as important as “opportunities to positively impact society” and “company values and purpose.”

Big business but not forever

Regardless of whether students choose a big or small company, they don’t see themselves working anywhere for long. When asked where they would like to be in ten years, only 11% of respondents of the rough sample survey said they could imagine working in the same company while some 61% said that in ten years they’d like to be starting or running their own business.

University of St Gallen student, Hagen Rockmann, a German national and mechanical engineer who previously worked in the oil and gas industry for companies like Alstom, said “I can’t imagine doing the same job for ten years. That’s unthinkable”. He added that most of his peers eventually want to leave a corporate structure and run their own businesses.

As big companies in Switzerland fight for the best talent, attracting and retaining them with the promise of good salaries won’t be enough.

Italy-born Giulia Gatti who is one of the younger students at the University of St Gallen at 28 years old says that “my generation is going to be more demanding. We want flexibility and opportunities for entrepreneurship.” She added, “I am young and interested in developing my career, so I want a company that takes care of its people”.

De Vargas-Marquez finds that company recruiters are adapting to these changes. Companies know they need to talk about more than just the salary offer. “There is an expression at IMD. ‘Let’s put the fish on the table.’ Twenty years ago, many topics were taboo in recruitment discussions but today, companies know that they need to talk about their issues if they want to recruit the best talent.”

Skills for the future

Career services are catching up with students and the pace of globalization and technology change that is reshaping the work environment.

At IMD, Julia De Vargas-Marquez says that careers services have evolved over the years. “There is more focus on building self-awareness and in supporting students in defining their individual career path.” This year IMD took the MBA class to Silicon Valley, Singapore, and Bangalore, India so students better understand that their decisions “will not just impact the business, but also society”.

Sander Markiet, who manages career development at St Gallen, explained that they are preparing students, not just for the next job but for the next ten years. “In the midst of all this technology, there is a need to connect on a personal level with employees and clients. In this way, emotional intelligence becomes very important”.

As an example, the University of St Gallen is working with UK-based Dramatic Resources that uses interactive role-play and other tools to build business leaders’ confidence in communications.

BUSINESS SKILLS Learning skills that make you good at business

By Julie Hunt
Watch the Video
The students are aware that they can’t act their way into a good job, but they also know that good communication skills and remaining calm and confident under pressure will give them an edge.

This article was previously published on the SWI swissinfo.ch website and is reproduced with permission.