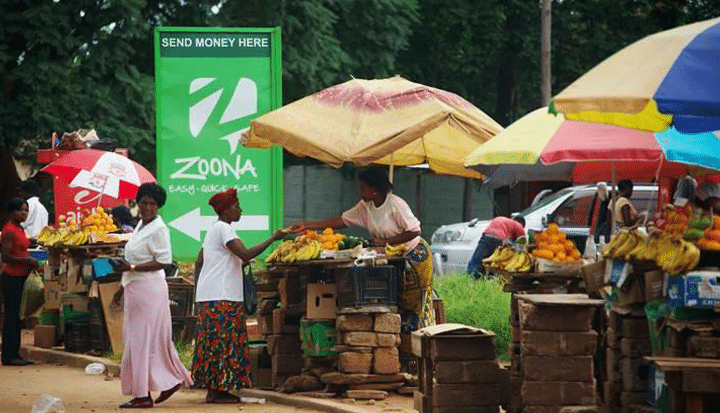 
Everyone has now heard about the success of M-Pesa in Kenya. With over 11.6 million active users, 79,000 agent outlets, and $1.1 billion in real time payments each month, M-Pesa has been a game changer in the quest for ubiquitous financial inclusion.

M-Pesa has been so successful that mobile network operators (MNOs) have rolled out replicated models around the world based on the assumption that they can copy and paste M-Pesa’s success in other markets. In Africa, there are now 42.4 million active mobile money users with Airtel, MTN, Vodacom, and Tigo joining Safaricom with their own branded mobile money accounts and agent networks. Some have started to gain traction in certain markets, but the elephant in the room is that the vast majority of mobile money accounts are still dormant. GSMA estimated in June 2013 that only 43.1% of registered mobile money users in Africa had done a transaction on their account in the past 90 days, which was positively skewed from the global average of 29.9% by the inclusion of M-Pesa . Furthermore, another GSMA case study of an MNO in an African market found that only 13% of registered users were using their accounts frequently, with 4% of registered users generating 43% of the service’s revenues.

This begs an interesting question: are mobile network operators destined to be the “power stations” of mobile money as was the case with M-Pesa and is often assumed? I’m not convinced they will be – at least not everywhere (and maybe not in most places). MNOs are simply too big, too set in their ways, and make too much money off their core voice services to put in the proper time and attention to successfully build the mobile money infrastructure from scratch. Even when they try, they don’t seem to be that good at it – the lack of liquidity and poor customer service from MNO mobile money agents leaves much to be desired.

Who else can do it then? The obvious alternative is the banks. Equity Bank in Kenya is the poster child in this space, having made a commendable push towards financial inclusion by building an agent network to compete with M-Pesa’s and extend appropriate financial services to previously unbanked rural and urban customers. Equity is now looking to add “mobile” to their core “banking” offering by becoming a Mobile Virtual Network Operator (MVNO) in partnership with Airtel.

But besides Equity Bank, I would argue that banking the unbanked is just not in bankers’ DNA. Banks have been around for a long time, yet 2.5 billion people in lower and middle-income countries remain unbanked . And many of those that are banked don’t have any money in their accounts, despite being counted as “financially included”.
So who else is there? Luckily there are some new kids on the block: new groups of entrepreneurial start-up companies are stepping up to the plate. These companies are small, agile, and aren’t hamstrung by the organizational constraints and traditional business models of MNOs and banks. They are focused on developing solutions for customer segments that are underserved or are not being served at all. And crucially, they are attracting investment and going to scale.

One grouping consists of service models mainly concentrated in East Africa that are plugging into all those mobile money accounts to create demand to use them. M-Kopa and Off-Grid:Electric allow consumers to use their mobile money accounts to purchase electricity to power stand-alone devices in their homes. Kopo Kopo enables merchants to accept mobile money to purchase goods at their shops. Many more of these companies are in the garage right now and will emerge in the coming years.

Another grouping consists of companies like Zoona that are working in markets where mobile money has yet to take root. We help businesses grow by providing mobile payment and financial services to micro, small, and medium enterprises (MSMEs). MSMEs in Africa are typically financially excluded or underserved, despite being key drivers of employment and economic growth. We are neither an MNO nor a bank, yet we issue mobile money and provide working capital finance to 500 MSME customers in Zambia. Each month, our MSME customers generate over $20 million in over-the-counter money transfers from a base of 500,000 unique consumers plus $5 million in mobile supplier payments to FMCG suppliers such as SABMiller. Furthermore, we focus on helping our MSME customers make money off of our services so they keep using them, open new outlets, hire new people, and generate more transactions. We also work closely with the regulator to engage them in what we do as we share common goals of financial inclusion and building a sustainable industry.

In sum, we at Zoona are building our own mobile money infrastructure and plan to invite MNOs, banks, and the new service models above to plug in and provide value-added services to our fast growing customer base. We believe that companies like ours that are independent and agnostic of MNOs and banks have an important role to play in the future of this budding industry.

What does the future of mobile money look like? In some markets, the M-Pesa model driven by MNOs will win with other services plugging in to create demand. But in many others, it will take companies like Zoona to build the infrastructure for the mobile money ecosystem to emerge. M-Pesa will be written into the history books as the catalyst for the industry, but in the future it will be one of many.

Mike Quinn is the group CEO of Zoona, an African mobile payments business that helps micro, small, and medium enterprises grow. Zoona is headquartered in South Africa and processes tens of millions of dollars per payment value per month in Zambia. The company successfully closed a $4 million venture capital round from international investors in early 2012, a first ever for a technology start-up from Zambia. Zoona is now expanding to adjacent markets on its quest to become a pan-African payments business.

One response to “Moving Beyond M-Pesa: Innovations In Financial Inclusion”