Mining for Social Value in Botswana 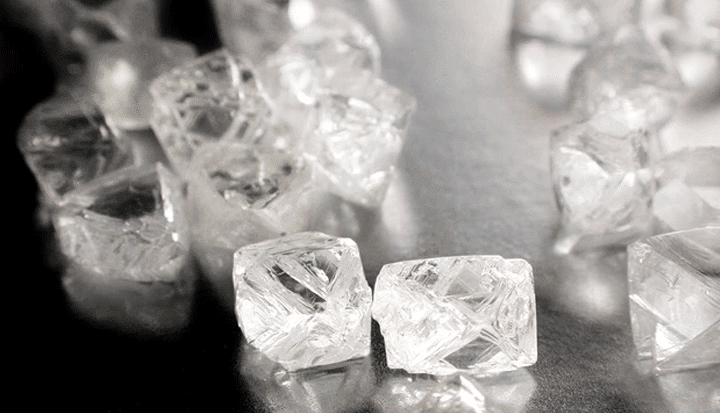 Mining for Social Value in Botswana


Societies across the world are increasingly demanding more value from their natural resources. Philippe Mellier, chief executive officer of the De Beers group of companies, says they are right to do so.

The discovery of diamonds in Botswana at Orapa by De Beers geologists in 1967, shortly after the country gained independence, has led to an enduring relationship that has lasted almost 50 years.

It has played a crucial role in De Beers’ growth but, more particularly, has transformed Botswana from one of the poorest nations into one of Africa’s great economic success stories.

The connection between De Beers and the government of the Republic of Botswana has become one of the world’s longest existing public-private partnerships and provides insight into how wise governments can use their natural resources to benefit their people.

Our view is that host countries have a right to demand value from the natural resource that has brought wealth to others, and mining companies have a duty to deliver it. These days, reputable miners want to assist host countries and their people, as well as their own balance sheet.

Between 1966 and 2014, Botswana’s GDP grew by an average of 5.9% a year, one of the highest rates in the world. That success translates into 300 secondary schools, against three before independence, and now every child in Botswana receives free schooling up to the age of 13. Back then, there was one doctor for every 48,000 people. Now there is one for every 3,000 people.

Engaging capital and expertise was rare in an era when nationalisation and state-led development were common in Africa. It was a risk for both sides but we and the government were driven by our commitment that our diamonds create a value for our host country as well as for us.

An indication of our commitment was that in 2013 we moved our entire multi-billion dollar global sales function, lock, stock and barrel from London to Gaborone, Botswana’s capital, contributing more than $400m (£262m)to GDP in 2014 alone, helping to turn the country into a global diamond hub.

We have now produced a report, Turning Finite Resources into Enduring Opportunity, on our partnership with Botswana, the first in a series on each of our producer countries. It will be published at the inaugural Connecting Resources and Society in Botswana conference in Gaborone, taking place today and tomorrow (23-24 November). This conference, organised by the Chatham House Africa Programme and hosted jointly by De Beers and the ministry of minerals, energy and water resources, will explore the socio-economic development of Botswana, supported by the diamond industry.

The conference, which can be followed live online, will examine the role of public-private partnerships and how responsible management of resource extraction will benefit future generations.

In 2014, the partnership between De Beers and the government of Botswana helped generate more than $4bn (£2.6bn)of value to the country’s economy, equivalent to more than 25% of GDP, double that of the entire wholesale and retail trade sectors. And it has contributed more than 34,000 jobs – that’s one in 20.

You can perhaps see why leaders from elsewhere in Africa and further afield have taken an interest in our relationship. What could a partnership of this kind do for them?

Few can dispute that our partnership has been positive for Botswana but it is not a panacea. Without a shared vision between the government and private sector, the road may be rocky. We are as keen as the government to convert the potential of resources in the ground into value above ground, and to continue the conversation on future development opportunities.

However, while a diamond is forever, not so a diamond mine. After all, it is the finite nature of diamonds that makes them so precious and valuable.

In the long term, the supply of carats runs dry and the mine closes. That is the challenge we all face, and that is why we are investing in extending the life of the partnership’s Jwaneng Mine with the Cut-8 project well beyond 2030 and are looking at options for expanding Orapa Mine too. The aim is to get the most from our mines for the benefit of the local population as well as for us.

We recognise our responsibility to help a host country prepare for a post-diamond existence, so we work to build up an infrastructure that will support employment, we help train people to give them the skills to build businesses, and we support fledgling companies. The aim is to strengthen diversity in the economy.

In Botswana, the non-mining sector now makes up 70% of total value added to GDP compared with 50% in 2002. So far, so good, but it means the country is still heavily dependent on diamonds.

Clearly, there is some way to go in Botswana but maximising the value of every diamond mined is how our partnership will provide the fiscal base for future investment, improve healthcare and education, provide social safety nets, and support new sustainable sectors.

The next time you see a diamond ring sparkling on someone’s finger, consider how that diamond has helped bring dignity and a better life to thousands of people in poorer countries – and will continue to do so long after the mines have closed.

This articles was first published on the Guardian Sustainable Business social impact hub and is reproduced with permission.