Meet the Winners: The Louis Malassis Scientific Prize for Agriculture and Food Security 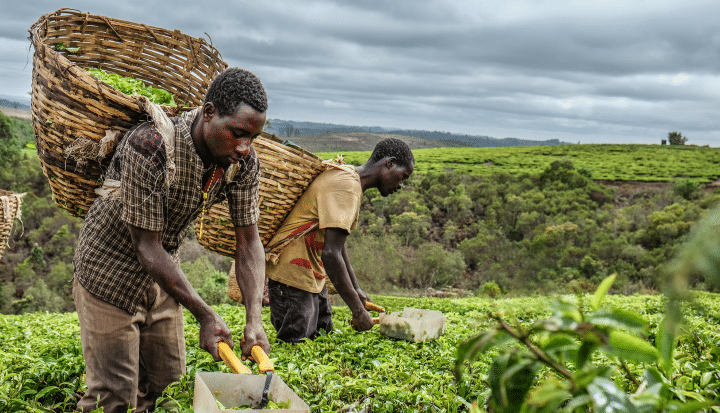 Scientists hold some of the answers to so many of today’s agricultural challenges at their fingertips. Support for this community is a vital if we are to deliver the SDGs. The Louis Malassis Prize has been established to recognise some of the brightest scientific minds. Meet the 2017 Prize winners.


Scientists hold some of the key answers to so many of today’s agricultural challenges at their fingertips. Our support for this community is a vital if we are to deliver the UN’s Sustainable Development Goals.

Agropolis founder Louis Malassis knew this, long before the SDGs came along, and set up an international campus in Montpellier, France as a home to one of the world’s largest concentrations of scientific skills and expertise in agriculture, food and the environment.

Ahead of this year’s awards ceremony, Olam chats to the winners.

30% of global food production is lost during the post-harvest food supply chain and, in developing countries, the losses may reach 70%. Finding solutions to reduce these losses will be a driving force in meeting the growing global demand for food. The 2017 Laureate of the Agropolis Fondation Louis Malassis Prize for Young Promising Scientist, Dr Elena Poverenov has taken on this challenge. We found out more about her work.

1. You develop active edible coatings that protect produce from physiological and microbial damage. Can you tell us more?

Edible coatings are a safe and natural way to prolong storability of food products, protect them from harmful microorganisms and improve their quality and health values.

In order to illustrate the concept of edible coatings, let’s think about packages for fruits or vegetables that you can see in supermarkets (for instance, individually packed cucumber). It is quite clear that storability of such individually packed products is significantly increased, because of physical protection from environmental damages and prevention of cross-contamination. However such individual packages have drawbacks: their application is labour-intensive and increases the final product price. They also increase usage of plastics that is not good for the environment. Now let’s talk about edible coatings.

Edible coatings are based on natural water soluble biopolymers - their scientific name is polysaccharides. The origin of these biopolymers is plant, fruit, vegetables and algae. We prepare aqueous solutions of these natural fibres and apply this solution to fruits or vegetables. As the water evaporates, a thin layer of edible coating is formed that serves as individual packaging. As these coatings are based on biodegradable natural materials, they do not contaminate the environment and some fibres also have inherent protective properties to defend from microbial attacks or oxidation process and can also be used as a matrix to add nutritional vitamins.

When we talk with farmers, we understand their specific needs better. For instance, when we started to work on edible coatings, we met people who grew bell peppers. They explained to us that the most significant problem of these fruits (yes, bell peppers are considered a fruit) is water loss. Once a bell pepper loses its moisture content, it becomes unattractive because of the shrinkage process and also becomes prone to microorganisms.

From these conversations, we learned about the specific microorganisms that attack the pepper after harvest and developed our coating based on two main goals: to reduce water loss and to provide protection from these specific microorganisms. The farmers shared their knowledge with us and we learnt about natural fibres that can provide such protection and combined them with edible fibres that inhibit water escape. We were then able to use these fibres to develop successful coatings for the peppers. So, by working closely with the farmers to create a solution, we opened up new opportunities for export of bell peppers as the new coatings prolong storability.

2. What do you think is the biggest challenge facing the agricultural sector?

This is very simple. There is a lack of water as well as the soil needed to grow the immense volumes of food for the world’s increasing population. This brings with it a desire to make agriculture much more intensive. However, simultaneously there is a need to reduce usage of chemicals or other methods that are bad for human health and the environment. So, the big global challenge is to find a way forward to deliver effective and intensive agriculture that uses sustainable, safe and green methods

The work of Dr Paul Gepts – the 2017 Laureate of the Agropolis Fondation Louis Malassis Prize for Distinguished Scientist Prize - takes him back to the origins of agriculture itself, some 10,000 years ago. As we moved from being hunter gatherers to embark on a novel new way of food procurement, namely agriculture, we domesticated crops to suit our needs. But with this came a loss of the number of cultivated species and the biodiversity within these crops. Dr Gepts tells us why this matters.

1. You are a crop domestication expert. Can you explain to us why crop diversity is so important ?

During the initial phases of the agricultural revolution, the number of cultivated species was reduced considerably. Since then, this diversity has not recovered. In fact, in most crops it has decreased even further as a consequence of modern plant breeding. Diverse agroecosystems and crops are crucial to enhance their productivity in the present environment but also to improve their resilience in the face of the current human-induced global climate change episode.

2. Can farmers play a role in conserving and adapting crop biodiversity ?

In contrast with agriculture in developed countries, where seeds are a mere input, in developing countries, seeds are part of the farm’s capital. Both in Latin America and Africa, my research involving farmer surveys and DNA analysis of farmer bean seed stocks is helping to clarify how farmers affect biodiversity within their socio-economic context and their knowledge universe.

Our findings suggest that farmers can indeed play a critical role in this process but technology adoption and the development of more resilient cropping and seed systems will depend on a closer collaboration between farmers and researchers.

3. You specialise in bean genomics. More recently, your research has provided additional tools for plant breeding throughout the world. Can you tell us more ?

My research group has contributed to the development of tools for bean genomics, including a database containing markers that can facilitate marker-assisted selection in bean breeding.

One of the applications of his research program is the African Bean Consortium, funded by the Kirkhouse Trust. This project introduces the ability to conduct marker-assisted selection for disease resistance in East African bean breeding programs and, in general, greater independence and initiative of local research groups. Making genomics information available to breeders in Africa, and indirectly to farmers of that continent, is an important element of sustainable development.

The focus of Prof. Bina Agarwal’s life’s work has been within the agricultural sector in developing countries where most of the world’s poor are still located but which also holds enormous potential for transformation. For her unceasing commitment to this work, Dr Agarwal is the 2017 laureate of the Agropolis Fondation Louis Malassis International Scientific Prize for Outstanding Career in Agricultural Development. We found out more…

1. What has driven your choice of research subjects?

When I began my research career, most developing countries were still rural and seeking agrarian change to emerge out of poverty. I had a deep interest in understanding the processes that underlay poverty and inequality, especially from a gender perspective, and in identifying the pathways for alleviating these deprivations. It was therefore natural for me to focus on agriculture. But my areas of research have also evolved as new issues have emerged. In the late 1970s the Green Revolution was at its height and the focus was on technology diffusion. Today we face many environmental problems which, in my view, need institutional (and not just technical) solutions. Questions of forest and water conservation and sustainable livelihoods have thus become integral to my research.

2. You advocate an innovative third model for agriculture. Can you tell us more?

The global debate on food security and ecological sustainability is polarized between those supporting small family farms and those favoring large commercial farms. I believe group farming could be an innovative third model. By this I mean a model where smallholders voluntarily pool their land and labour, and share costs and returns. In developing countries, most farmers are small and increasingly women. They face severe production constraints which could be overcome with resource pooling and cooperation. Cooperation in natural resource conservation is much researched and advocated, but I believe cooperation in agricultural production (which is under-researched) could prove to be even more transformative.

3. What do you plan to research in the future?

In the last 35 years, I have worked on several interrelated topics: agricultural modernization and food security; land rights and livelihoods; poverty and inequality; and environmental change and natural resource governance. At present my research on group farming in Asia and Europe (including France) is still ongoing. I also plan to do more work on gender inequalities in property ownership, by tapping new macro-data for further insights, and collaborate with civil society to help implement the gender-equal inheritance law in India which I had worked to get amended in 2005.