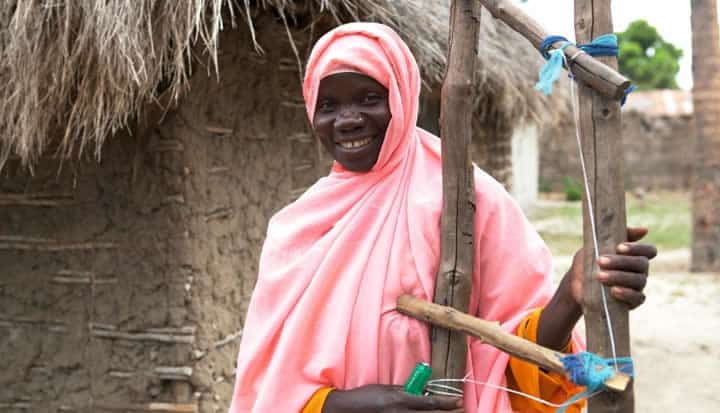 How can businesses factor gender equality into their development partnerships with NGOs? As we approach International Women’s Day on 8th March, a series of articles from VSO and our partners, published every day this week on Business Fights Poverty, looks at how the private sector and NGOs can play a part in supporting women’s empowerment.

Increasing women’s control over the decisions that affect their lives, whether they’re political, social or financial, is now widely acknowledged as central to combating poverty. Not only are women hit the hardest by poverty, they can play a disproportionately effective role in combating it: studies have found that when women have access to additional income, they spend more of it than men do on feeding and educating their family and ensuring they remain healthy[1]. One study in Cote d’Ivoire showed that the improvements in child health and nutrition brought about by a US$10 increase in women’s income would require a $110 increase in men’s income[2].

The World Bank’s Paul Wolfowitz commented, as far back as 2006, that “the business case for expanding women’s economic opportunities is becoming increasingly evident; this is nothing more than smart economics”[3]. Such a compelling business case should surely appeal to the private sector in their partnerships with NGOs aimed at helping to alleviate poverty.

So how can we weave these two strands of development’s “Golden Thread”[4] together?

VSO believes that increasing women's participation and influence in the decisions that affect them, from village to national level, is both an issue of fundamental rights and essential for the long-term alleviation of poverty. We will be calling on the UK government to support publicly and advocate for women’s participation and influence to be a key aspect of the devel... that replaces the Millennium Development Goals after 2015.

But action at international level is just one way to achieve this goal. Women’s inequality is rooted in attitudes and structures which permeate right through societies, from national parliaments to the village and household level. Businesses, alongside NGOs and governments, are key actors which can affect these attitudes and structures. And of course economic empowerment – where business can perhaps play its most obvious role - can also help women to achieve greater equality.

This week we will hear from our partner Mondelez about their work in Ghana’s cocoa-growing communities, where VSO volunteers are helping to train local women extension volunteers to support women farmers to grow their incomes and play a more prominent role in their communities.

We will hear from BG Group, whose partnership with VSO and a local training college in Tanzania is helping to build the skills of local women and men in the town of Mtwara so they can benefit from the jobs created by the discovery of natural gas reserves.

We will also hear from one of our volunteers from Accenture, with whom VSO has a long-standing partnership, on how her skills in knowledge management were shared with women farmers in Nigeria to help them increase their yields.

VSO’s volunteers – young and old, from the global north and south – often tell me that their presence in a community, a hospital or a local NGO can bring about subtle changes in people’s gender perceptions. Simple things like a male volunteer helping to fetch water or a female volunteer chairing meetings and leading on projects can help to gradually shift attitudes. Women professionals from the corporate sector can have a double impact if they volunteer: sharing their professional skills with local counterparts and acting as role models for women’s empowerment.

Such role models can also come from within poor and marginalised communities themselves. VSO is working with UN Women on just such a project in Tanzania, where rural women with little education are trained to be solar panel engineers. In a country where only 14 per cent of the population is on the grid[5] they then bring these skills back to their communities, helping households access electricity so children can study after dark by electric light. The women earn money with their new skills, which brings an immediate benefit. In some villages there are also changes to the women’s standing in the community: by playing an active role on village electricity committees, they start to break down some of the barriers to women’s wider participation in public life. They have more voice and more power.

Arafa is one of such woman and on Friday, International Women’s Day, you will hear how the project has had an impact on this newly qualified solar engineer’s life.

Businesses can, and should, factor women’s empowerment into their partnership work with development organisations. Through innovative programmes with NGOs and local grassroots organisations, the private sector can play an important role in tackling gender inequality. The money invested in development projects will go further. Putting women and girls at the heart of development isn’t just the right thing to do. As Mr Wolfowitz says, it’s smart economics.

[2] Womankind Worldwide, “Seven reasons women should be at the root of ending hunger”, http://www.womankind.org.uk/2013/01/7-reasons-women-should-be-at-th...

[4] The UK Prime Minister has frequently used the “Golden thread” narrative to explain his approach to fighting poverty through a range of enabling factors including stable government, lack of corruption, human rights, the rule of law and transparent information, http://www.odi.org.uk/opinion/6920-golden-thread-david-cameron-us-e...

VSO is an international development organisation which works through volunteers to tackle poverty in 33 of the world’s poorest countries. VSO is currently campaigning for the post-2015 development agenda to commit to tackling gender inequality. For more information visit: www.vso.org.uk