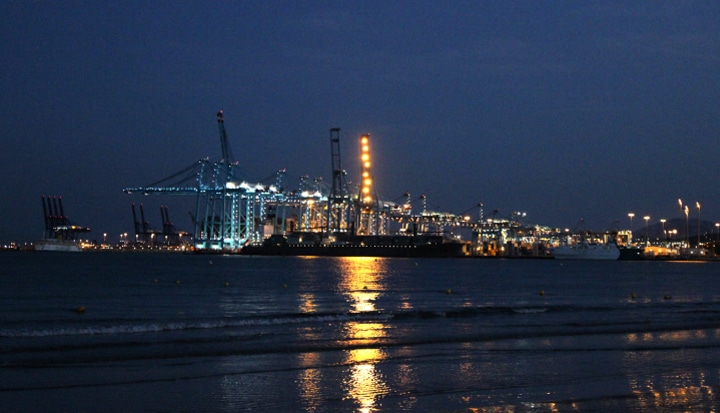 Pier Luigi Sigismondi has a straightforward explanation for why his company is focusing on sustainability throughout its operations and its supply chains.

“It’s about doing the right thing by our planet and our people because you cannot have a healthy business in an unhealthy world,” says Sigismondi, Chief Supply Chain Officer at Unilever, the world’s third-largest consumer goods company.
“If we think about mitigating risk, then we want to do this to future proof our complex supply chain, securing supply, ensuring that it is sustainably sourced so that we can continue to serve our consumers in 50, 100, 200 years’ time. We also know that inaction is costlier than action.”
Reducing waste and energy use has cost benefits, as well as environmental ones, Sigisimondi says. A zero-waste factory programme has almost reached 100 per cent of the company’s operations, and the savings have been huge.
Unilever has also increasingly focused on its supply chain as a way to deliver sustainability gains within its business, Sigisimondi says, including a responsible sourcing policy that implements the UN Guiding Principles on Business and Human Rights, and which ensures traceability and transparency.
“Consumers are now asking for this, our research shows that people want to know where their food comes from and rightly so,” he says. “Which is why we are working towards full traceability and transparency. If you take palm oil as an example, a huge amount of work this year has happened to get visibility of the mills and we now have 58 per cent traceability. We are not there yet but we are committed and already seeing tangible, measurable results.
According to Dr Mima Nedelcovych, the CEO of the Initiative for Global Development, the desire to develop and deepen the impact of multinational supply chains moved alongside the evolution of corporations’ perceptions of African economies. As CEOs began to see Africa as a collection of fast-moving markets, rather than as a source of raw materials, they realised the need to do more throughout their operations.
This was allied with a strong commercial imperative to minimise risks to disruptions in supply chains, says Nedelcovych, the former chairman of Schaffer International, who previously served as US Executive Director to the African Development Bank. The experience of working in both the agro-industries and the development sector has taught him, he says, that sustainable development requires the alignment of a profit motive and a moral imperative. Multinationals are learning that they have to invest in solving market failures in the countries in which they operate in order to grow their businesses, he says.
The compelling demographics of the continent, in particular urbanisation, woke consumer goods companies up, Nedelcovych says. Small shifts in behaviour, such as people moving from buying food in bulk at markets to buying in smaller, packaged quantities at formal retail outlets, have had fundamental impacts on the viability of markets for consumer goods.
A developing middle class, improving education and greater integration with the world economy is also driving improvements in the African corporate sector, Nedelcovych says, meaning that it is easier to build supply chains locally.
In the agriculture and food sectors, this is particularly important, according to Thad Simons, an agriculture investor who was among the co-founders of Novus International.
“If you want to come in then you need to come in with everything,” he says. “If you want to come into poultry production in Zambia, you have to bring with everything. You have to come in with the poultry genetics, you have to come in with the corn, you have to come in with the [feed], and eventually the processing.
“Increasingly, as [Africa] becomes more urbanised there’s a higher demand for food, a higher demand in the shops, so there is even going to be a need for investing there. So you start to see fully integrated production systems being built,” he says.
Working with smallholders and the agricultural value chain has been a major part of Unilever’s strategy. The company has, for example, partnered with the Kenya Tea Development Agency and the international public sector to develop human capital in the tea sector, which has led to increased yields and higher incomes for farmers. The company measures the development outcomes using a “Livelihood Impact Assessment” tool, developed for the purpose.
The same approach works through the supply chain, Sigismondi says. A ‘Partner to Win’ initiative supports suppliers, such as Creative Counsel, a South African marketing and business service company. Creative Counsel has gone on to expand into Mozambique and to find partners in Ethiopia and Nigeria.
Unilever has also worked extensively with retailers across the world, raising their incomes and living standards, but also helping the company to broaden its consumer base into areas that would otherwise be hard to reach.
“Many small businesses and individual sellers help us to distribute and sell our products. The aim is to boost skills and incomes. In emerging markets, we find we can serve more consumers through innovative distribution channels, which provides new sources of income for those who distribute our products,” Sigismondi says.
“This is never easy. Often we are trying to cover smaller towns and villages spread out over huge areas. Given the weak infrastructure links, we need to find ways of doing this that are economically viable. Engaging small-scale retailers in door-to-door selling creates hundreds of entrepreneurs, opening up people’s opportunities. Now in Kenya we have applied these principles to small traders and in doing so have raised their incomes by as much as 25 per cent.”