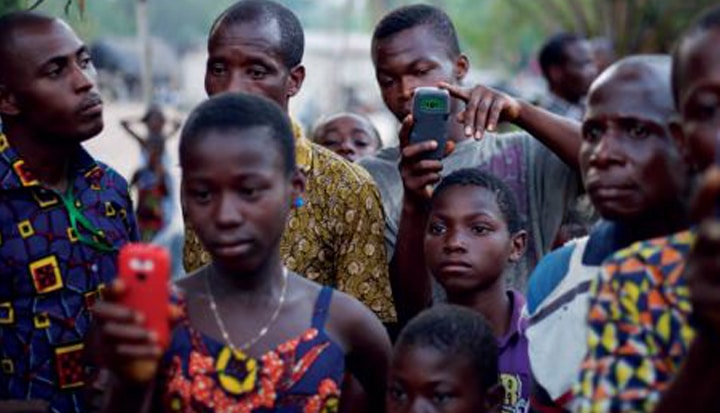 
Interoperability and innovation in mobile wallets are likely to drive the next wave of financial inclusion in Africa.

Africa runs on cash. An estimated eight out of 10 transactions on the continent takes place in paper currency; only 34 per cent of adults have a bank account, and only 16 per cent have any formal savings.

Consumer spending on the continent is somewhere around $900bn per year – an extraordinary volume of cash.

The promise of mobile telephony extends throughout development – from mobile healthcare, to sanitation, to governance and democratic institutions. Many of these innovations, however, have struggled to move beyond use cases and pilot programmes. Financial inclusion – giving the 66 per cent of Africans without bank accounts access to formal financial products – is perhaps the lowest hanging fruit, and the area most likely to generate short-term results, as long as operators can innovate and build shared infrastructure, experts say.

Africa is already a hotbed of innovation in mobile finance. According to the mobile industry trade body, the GSMA, 52 per cent of live mobile money deployments are in sub-Saharan Africa.

As Alix Murphy, senior mobile money analyst at WorldRemit, points out, there are now 15 African countries which have more mobile wallets than traditional bank accounts. Although Kenya’s M-Pesa remains the most famous service, others, such as Zimbabwe’s Ecocash, have become a daily mechanism for payment.

In Tanzania, mobile network Tigo Tanzania’s mobile finance Tigo Pesa has 3.5 million subscribers – many of whom have no formal bank account.

In 2014, the company became the first in Africa to pay out returns on the balances held within its network to its subscribers, effectively paying interest on users’ deposits. The company is also rolling out the country’s first mobile insurance service, Tigo Bima.

“They’re starting to innovate around the financial services that can be built on top of mobile money systems,” Murphy says.

It is in Tanzania where African operators have begun to work together to overcome one of the largest barriers to mobile-driven financial inclusion. Earlier this year, Tigo Tanzania and its competitor, Vodacom Tanzania, announced that customers would be able to send and receive money to and from their respective mobile wallets, linking four million Tigo Pesa subscribers with nine million M-Pesa subscribers.

The lack of interoperability between mobile networks’ banking products has, experts say, been a block on progress, as parallel, competing standards preclude the creation of a critical mass and add cost to users. The benefits of mobile wallets would be more profound if small transactions were as seamless as cash.

Convincing individual operators to move away from their walled garden models is not always easy, according to one expert at the World Bank, who preferred not to be named. Operators took a long time to recognise the benefits of lowering their tariffs for calling and texting between their networks – for years, business cards in Africa had a long list of phone numbers, one for each network the user was on.

Payments require an even bigger step, not least because of the cost of building the payment switches and interfaces needed to make an interoperable system work. Additionally, the benefits are difficult to quantify. Operators may all benefit from a surge in new users, but the scale of that is unclear, the World Bank expert says. Furthermore, he warned, customers could suffer in the short term, if operators have to increase fees in order to cover the cost of their investments in infrastructure.

Regulators may force operators’ hands, however. Mobile money flows are increasingly driven by, and drive, the growth of the informal economies in Africa, which in some cases make up a huge percentage of countries’ GDP. As governments look to increase their tax base by bringing informal businesses into the formal economy, they may look to the mobile money system and either invest themselves in infrastructure, or demand that operators do.