Why Charity Alone isn't the Answer to End Poverty 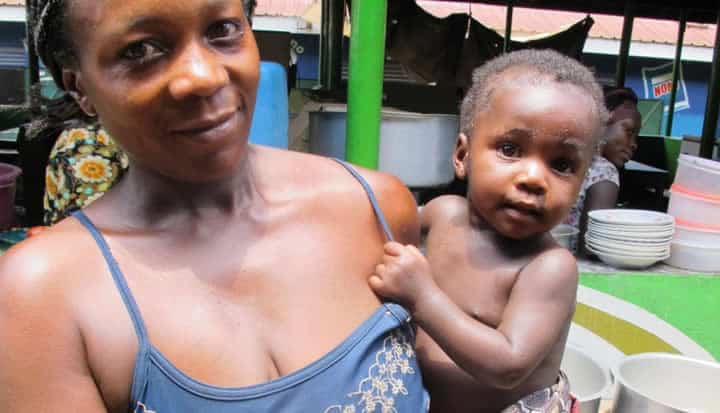 Why Charity Alone isn't the Answer to End Poverty


Over the last two decades “social entrepreneurship” has emerged as a widespread phenomenon in development work. This term is not a mere buzz word or development jargon. It has recently become a strategic and a conscious shift away from the image of the poor as passive individuals waiting for handouts, towards a perception of the poor as active and vocal people, wanting to solve their own problems and seeking dignity, not dependence.

There are many levels at which social entrepreneurship can and should be encouraged. Its primary aim is to help build a society in which the poor and vulnerable have the confidence, skill and desire to break free from a vicious cycle of poverty, find solutions to their problems and create a better future for themselves. Traditional charity often meets their immediate needs but frequently fails to enable these communities to solve their own problems, bring an end to their poverty and ensure that they are accountable to those investing in their development as well as to members of their own community.

Real aid is beneficial to poor people in developing countries such as Uganda, but dependency on aid has a negative impact. This is not, as is sometimes argued, because dependency inhibits development or mobilisation of domestic resources; but because it undercuts the ability of the poor to make their own decisions and implement their own development priorities. Their choices are not made by themselves but dictated by donors or funders. This predicament becomes even more compounded when the global economic crisis brings about severe budget restrictions, donor fatigue sets in and some donors fail to meet their pledges and funding commitments.

Ka Tutandike Uganda (KTU) is a non-governmental community-based organisation, founded in 2006, whose mandate is to empower vulnerable communities in Uganda. Its focus is primarily child centric as a catalyst for positive change, employing a multisectoral approach to unlock the potential that exists within poor communities. It has evolved and grown, and, as a relatively small organization now able to punch way above its weight, it has demonstrated tangible and positive change in the communities it serves. Its interventions have enabled significant improvements in the health and nutrition of children living in conditions of extreme poverty in and around urban markets; incomes of their parents have increased and they have acquired knowledge and skills to generate new income. Many have become self-reliant, a reading culture has gained momentum and this has led to better grades at school. Deaf children are more aware of sexual and reproductive Health issues, able to articulate them confidently. They are now able to protect themselves.

2011 was a pivotal year in which Ka Tutandike made successful headway towards advocating a change in attitude and policy to protect the rights of the Deaf child in Uganda. The two main national initiatives in Uganda - the National Symposium on education of the Deaf child, in partnership with the Commonwealth Secretariat and Leonard Cheshire Disability, and the launch of the first ever Uganda National Coalition for the Deaf (UNCD) have been examples of what positive collaboration and partnerships can achieve towards setting a firm foundation to protect the rights of the disabled and integrate them into mainstream development.

In 2012 following a review and consultation process Ka Tutandike embarked on new directions aimed at fostering an entrepreneurial approach to its work with poor and vulnerable communities. Whilst remaining child-centric the main areas of focus include Health and Nutrition, Education and Economic Empowerment.

The organisation is led by Irene Mutumba and Beatrice Were as the Chair and CEO respectively. Irene is a teacher by profession and a dynamic social entrepreneur who founded ‘The Private Education Development Network in Uganda’. She was elected as a visionary leader (Ashoka Fellow- 2005) in the area of education and learning in Uganda. Beatrice has an extensive background in advocacy and programme management, with specific expertise in issues associated with Human Rights, Women and people living with HIV and AIDS across the African continent. Most recently she was as the Campaigns and Policy Advisor for OXFAM GB in South Africa, and Executive Director, Uganda Network on Law Ethics. In 2005 she was awarded the title of ‘Human Rights Defender of the Year’ by Human Rights Watch, ‘Professional Woman of the Year’ by British Council and Uganda Management Forum and the ‘Community Vocational Awards’ by Rotary International.

The team at Ka Tutandike strongly believes that “Poverty” is not just about money. Its work on the ground has proved that what keeps poor people from realising their full potential is lack of choice and opportunity. They seek dignity instead of dependency. Ka Tutandike’s future focus on the establishment of a social enterprise is aimed at empowering and transferring ownership directly to beneficiaries whilst providing a source of income for KTU to scale up its work at the grassroots. The social enterprise is essentially the business wing of Ka Tutandike which supports the delivery of social services to the communities it serves.

The social enterprise approach may take a bit longer, but the potential to transform lives of the poor in Uganda for the longer term is worth the investment. This is exactly what the nonprofit/business community has been requesting for a long time. We have just been using different phrases and terminology to describe it, asking for new funding streams, return on investment, greater accountability and transparency, as well as ownership by the poor communities themselves.

This change in the way Ka Tutandike thinks about charity has led to the promotion of social enterprise development as a way of breaking the cycle of poverty in Uganda. That change in thinking needs to be widely fostered and harnessed. It means today’s poor communities – whether they are the poorest and most marginalised women working in the markets, or groups of disabled youth; they will be able to support themselves tomorrow – and they won’t need Ka Tutandike or any other donors or other forms of charitable hand outs any more. Poor communities will have the knowledge and skills that they need to break free of the existing dependency syndrome and have the confidence and ability to borrow, invest and take charge of their own lives through real empowerment.

To get involved and make a real difference, please visit www.katutandike.org or contact Irene Mutumba and Beatrice Were