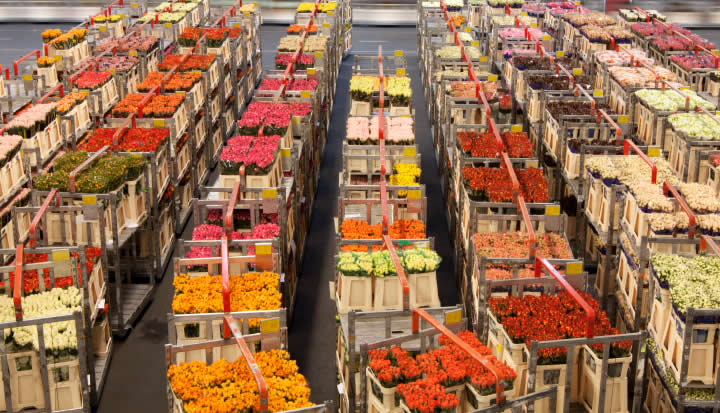 
The OECD/ODI policy dialogue this week will discuss how development actors can best engage with the private sector and how to remove the barriers that stop firms from participating in global value chains. Global value chains (GVCs) are often mentioned nowadays by donors when designing Aid-for-Trade (AfT) interventions. But we need to look beyond the proliferation of GVCs to date and also consider their consolidation, over time.

The emergence of GVCs and production networks as the more dynamic types of trade has had an increasing impact on global trade patterns, benefiting some countries and regions while bypassing others. This changing context requires a change in donor approaches towards support for the private sector.

We can’t ignore barriers to entry when considering how GVCs are governed. The highly asymmetric trading relationships that exist between developed and developing countries needs to be part of any discussion on how AfT can be used to stimulate global and regional value chains. One good example is the Kenya cut-flower GVC, which shows how donor approaches need to adapt to address the new needs in this sector that arise from barriers to entry and that are relevant to the AfT category of ‘trade policy and regulations’. Interventions by individual donors in the cut-flower GVC pre-date the 2005 agreement on AfT among all WTO members, but there are new challenges to be faced, despite some shifts in interventions.

In a globalising world where GVCs are increasingly important, the ability to shift goods in and out is essential to a country’s competitiveness, and infrastructure and low tariffs matter. Yet the cut-flower industry also faces a set of non-tariff barriers, such as the need to satisfy stringent private sector standards in Dutch auction houses. Let me briefly outline past attempts to upgrade producers to private voluntary standards in this sector, before discussing some of the new challenges in the cut-flower GVC.

Past AfT interventions supported compliance of individual firms in GVCs

Concerns were raised in the early 2000s about the potential exclusion of smallholders from the cut-flower GVC in Kenya. This was because the horticultural chain became increasingly dominated by large reta.... The consolidation of the marketing components of the horticulture GVC value chain resulted in a buyer-driven governance structure. This meant that arms-length and market-based relations between independent firms were replaced in the 1990s with more hierarchical governance structures, with transactions being undertaken increasingly on an intra-firm basis.

Private standards were harmonised across retailers in the UK and Dutch markets through the introduction of the EurepGAP standard (now known as GlobalG.A.P) as GVC marketing and retailing activities consolidated. Because this private voluntary initiative raised the standards bar, there were concerns that smaller producers would not be able to overcome the technical, as well as financial, barriers to obtaining certification and meeting compliance. In the end, donors stepped in to prevent the marginalisation of smallholders from the horticulture GVC in Kenya, covering the costs of compliance with this standard.

Earlier interventions in the sector by donors, although partly successful have been criticised for indirectly subsidising developed country retailers and consumers, as I will elaborate in my forthcoming paper linking AfT and GVCs to food security. The phased withdrawal of funding and the insistence on exporters’ investment in small-scale growers was instrumental in ensuring that some of them were included, but did not prevent the exclusion of many. The ability of producers to act collectively and reduce the recurrent fixed costs associated with certification (which can account for between 10-20% of total turnover) has been shown to be central to the continued inclusion of smallholders within the cut-flower GVC; this may be achieved through the strengthening of producer organisations and institutions. Strengthening such organisations, so that capacity is built up domestically, can enable such institutions to undertake certification directly, helping to reduce transaction costs for smaller producers.

But shifts in donor interventions are needed ….

Although there have been some shifts in donor interventions in the sector, we can see a situation arising where donor efforts to reduce costs of certification and overcome other non-tariff barriers, which can prevent traders accessing external markets, are being undertaken without considering the need to influence the private relations that exist between firms operating within GVCs. The more recent challenges to the effective participation of producers within GVCs lie beyond the direct control of governments, but may still be influenced by donors. This requires, however, a shift in donor focus to look beyond providing support to individual firms and covering the costs of compliance, towards better supporting the organisations and institutions that represent firms.

One limitation of current donor interventions is that they have not, to date, given enough consideration to the power asymmetries in trading relations between producers and buyers within the cut-flower GVC. This includes the fact that the certification processes undertaken by the Kenya Flower Council (KFC) for quality standards are not recognised as being equivalent to the dominant standard used in Dutch auction houses. A question arises, therefore, as to how the KFC can achieve the mutual recognition of standards by Dutch auction houses (which effectively operates as a private members club). In effect, these auction houses can set whatever standards they want and so it is up to the KFC to reach an agreement with them. All that the Kenyan Government and its EU partners can do is to try to facilitate this process, which could be assisted through the use of AfT.

Creating win-win outcomes between donors, governments and private actors in this instance requires resources to facilitate a negotiation process. These resources need to be additional to those already needed to finalise the on-going public negotiations between Kenya and the other members of the East African Community and the EU for an Economic Partnership Agreement before the revised deadline of 2016 (which, if not concluded, would hit the cut flower industry hard through higher tariffs). Such an approach might help to not only resolve some of the governance issues that exist between firms and buyers, but also to ensure that such firms are better able to influence the external governance structures within which they trade.