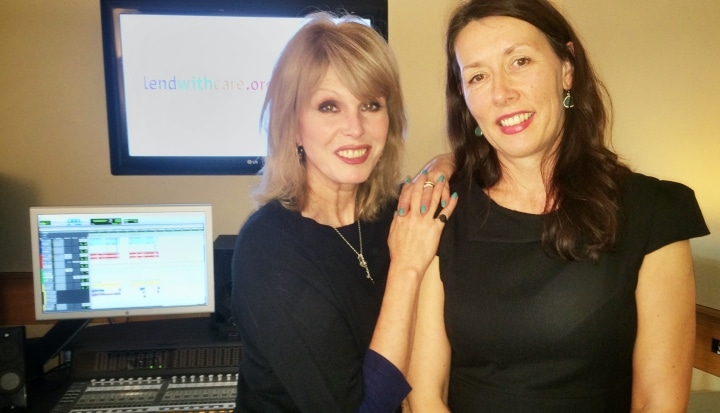 
A charity supporter who recognised the power of animation, social media and digital story telling was so inspired by crowdfunding microloans site lendwithcare.org that he decided to fund a short film himself to help spread the word about the site.

As an entrepreneur himself, Julian Bashford fell in love with the simplicity of the revolutionary microloans site which is backed by poverty fighting charity CARE International UK.

The animation tells the story behind a lendwithcare.org gift voucher - an alternative to the traditional charity gift as they keep on giving, year-in and year-out.

Bashford said: “When I first came across Lendwithcare it struck me as such a simple and great way of helping people. Having been a small business owner, I know exactly what it’s like to struggle to get a loan to support your ongoing cash and growth needs.

“One thing I have learned about Lendwithcare is that they are very careful with funds. The money is there to help people, not to be spent on costly marketing activities. With that in mind, myself and my friends at Woodsfilm are giving Lendwithcare an animated advert.

“We were thrilled that a Joanna Lumley has given her time, free of charge, to support the film. She believes in microfinance and was only too happy to come along and record the voiceover for the price of a cup of tea.”

Joanna Lumley said: “I am absolutely delighted to support this initiative, and to lend my voice to this charming film. Lendwithcare.org is such a perfect way of helping people out of poverty, on their own terms- and of course you get to see exactly where your money is going, because you choose the individual you wish to support. I will be giving Lendwithcare.org vouchers to everyone I know this Christmas. I think it’s wonderful.”

Jay Woods, is Creative Director at Woodsfilm, the company behind the animation, he said: “We’ve developed our in-house style of animation over the last couple of years. It’s won lots of awards (which is lovely of course), but more importantly has become a really powerful tool for clients like Lendwithcare.org who have fairly complex ideas or messages to deliver.

“It works because it’s a purposely crude style of stop motion that looks a little bit like child’s play. The take-out is ‘if it looks simple, it must be simple’. A nice by-product of the simple style is that it has charm and some obvious opportunities for humour, and we all know that people like to share things that makes them smile.”

Twitter enthusiast Stephen Fry is among a number of famous names to have already shared the video with his 8 million followers.

Sarah Taylor Peace, Director of Marketing at CARE International UK said: “It speaks volumes that a lender was so inspired by lendwithcare.org that they offered to pay for the animation themselves. The site transforms the way people think about charitable giving, and as an online only platform this fantastic animation is a great tool to help us spread the word via social media.”

Lendwithcare.org is an initiative from CARE International – one of the world’s leading aid and development charities. CARE believes in realising everyone’s potential to work their way out of poverty. CARE has decades of experience in breaking down barriers to opportunity and giving people the chance to make a decent, dignified living. CARE strives to ensure that all our microfinance work is ethically responsible, and will only partner with institutions that also meet this ethos.

A Lendwithcare voucher is the ‘gift that keeps on giving’: once the recipient gets their money back, they can spend it on Christmas socks or recycle it and loan to another entrepreneur.

Give the gift of opportunity this Christmas… and you get your money back – Loans start from £15. Visit www.lendwithcare.org/gifts

One response to “Joanna Lumley Highlights the Value of Lending”