Is there Any Evidence of Inclusive Business Results? Findings from the BIF Portfolio 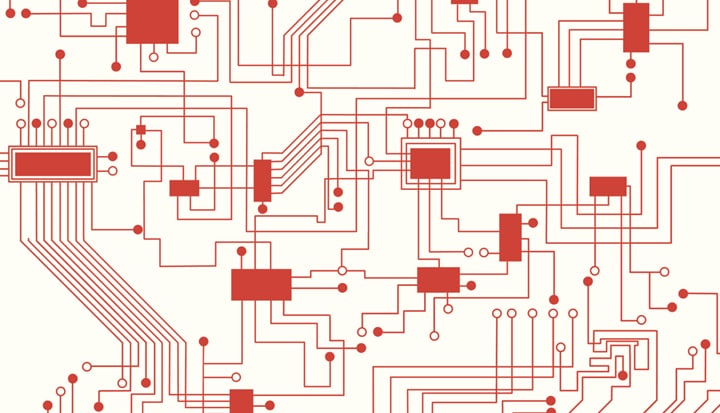 Is there Any Evidence of Inclusive Business Results? Findings from the BIF Portfolio


There is a dearth of hard data on the commercial and social results of inclusive business. So we have been scrutinising thousands of pieces of data from 40 inclusive businesses, to see if findings from the Business Innovation Facility portfolio can help address that gap. On the down side, the businesses are still early stage, often half way or less in a journey that is likely to take a decade to scale, so results are preliminary. On the plus side, there is a wealth of monitoring data, because they have received support from the DFID-funded Business Innovation Facility, and aggregated data can be publicly shared.

So what does the portfolio show? Or perhaps the question is: is the glass half empty or half full? Across our portfolio there are clear signs of progress towards commercial return, development impacts on households at the Base of the Pyramid (BoP), and even wider influence on other players in the market. But results vary enormously between businesses and, with few exceptions, are signposts of what may yet be achieved.

In this blog, part of a mini-series, we share six headlines, but the full results are shared in our new reports.

At the time of writing this report, 80 per cent of the inclusive businesses in our portfolio are progressing and 20 per cent have stalled or been iced. Amongst those progressing, over half are ‘progressing well’ or ‘flourishing’ and just under half are progressing slowly. There is no pattern by country, sector, or type of company, that links with business progress. There is, however, one pattern in this admittedly small sample. Of the eight businesses that are not progressing, seven are focused on sourcing from BoP producers and only one focuses on BoP consumers.

2. Turnover is increasing, but by less than projected.

This is a fairly early stage portfolio: half had zero turnover at the start of BIF support, and so far, based on actual figures for Year 1, five inclusive businesses are in profit. None have reached scale in BoP markets yet.

Across the entire portfolio, an aggregate 62 per cent increase in turnover in the first year illustrates progress, although it is below the estimated increase of 190%. For those that are progressing, we can say that they are on track to their destination, but not on track against their initial targets.

Growth so far is small compared to future ambitious targets for turnover to increase several-fold over the next few years. Most of the inclusive businesses see a steep growth past following their pilot phase. So ultimately what matters is not whether year 1 performance is above or below target, but whether they get onto their hoped for trend line. Looking ahead, the smallest half dozen businesses expect turnover in the range of $100,000 per year, while those that have invested over $5mn to date, are aiming for turnover in the range of $5 to $25 million per year.

3. Strategic commercial objectives are being met

It gets ever clearer that the companies have clear, long-term strategic reasons to invest in inclusive business and this is why they persist. Although few are making a profit so far, the majority say that they can already perceive some delivery against the commercial objectives that they originally identified, such as securing competitive advantage and new markets.

4. The portfolio is reaching around 100,000 households at the base of the pyramid so far, but is on track to reach an estimated 3.5 million.

The inclusive businesses are reaching around 100,000 households at the BoP in their first year of engagement with BIF. Estimates made by companies for the future run into several millions. We have scaled them down twice: firstly for optimism (30% decrease across the board), and then secondly to allow for variable business progress (from 0-100% decrease). The resulting ‘revised for realism’ estimates are for total reach to over a million households at the BOP 3 years after BIF support (in about two years from now), and over 3.5 million by year 5 (in 3-4 years).

Now here is one finding that surprised – and pleased – us. There is little definition of ‘households at the BoP.’ Not surprisingly, few businesses know the income levels of the BoP in their value chain. But our deep dive case studies indicate that those who benefit include those living under a $2 per person per day poverty line, as well as those living slightly over. They certainly lack access to income and essential goods and services. Numbers do not capture the significance of how lives are touched. In most cases, benefits seem substantive for families, whether they are gaining access to lighting, information, or a market for their crop.

Finally, aside from directly reaching BoP households, some of the businesses help catalyse changes in the behaviour of other players, in associated markets, or in other sectors. These catalytic affects were largely unpredictable. Often they occur because inclusive businesses enable other firms to engage efficiently with BoP producers or consumers by providing mobile apps, distribution networks, or energy supplies that other businesses can harness.

In summary we can see that:

. As with all new business initiatives, there are some that flourish and others that do not.

. Timing is everything when making an assessment of commercial progress in a portfolio. What you find depends on when you assess. Businesses that were stalled a year ago have leapt forward, and vice versa.

. To date, more producer inclusive business ventures have been stalled or are ‘on ice’ than consumer ones.

. There are no other clear patterns (e.g. by size, maturity, sector) that we can observe across the five-country portfolio as to which kind of inclusive business venture is more or less likely to flourish.

. With 80% progressing so far, it looks certainly possible that the majority will become viable businesses. Not all though will truly scale. Some but not all have strong potential. The consumer businesses that have already invested millions in development of products and distribution chains are purposely designed for operation at scale. Some have designed business models that actively seek to internalize the external constraints to scale that inclusive businesses typically face.

The results discussed above, and others, are covered in two final reports from the Business Innovation Facility (BIF), during its pilot phase in Bangladesh, India, Malawi, Nigeria and Zambia.

The 4Ps of Inclusive Business: How perseverance, partnerships, pilots and passion can lead to success,">reports commercial results and BoP results .

"Adding value to innovation: Lessons on donor support to inclusive business from the Business Innovation Facility pilot goes into more depth on the development contribution of business (direct and catalytic), to assess it from a donor perspective. Written by Tom Harrison, Carolin Schramm and myself, they have just been launched and represent the final public outputs of BIF which worked with hundreds of companies, and most intensively with 40 inclusive businesses. The ‘4Ps’ and ‘Adding value’ reports, plus other blogs in this series, share what we have learnt about their business models, journeys and results.

One response to “Is there Any Evidence of Inclusive Business Results? Findings from the BIF Portfolio”