Is it Time for Davos to Decelerate? 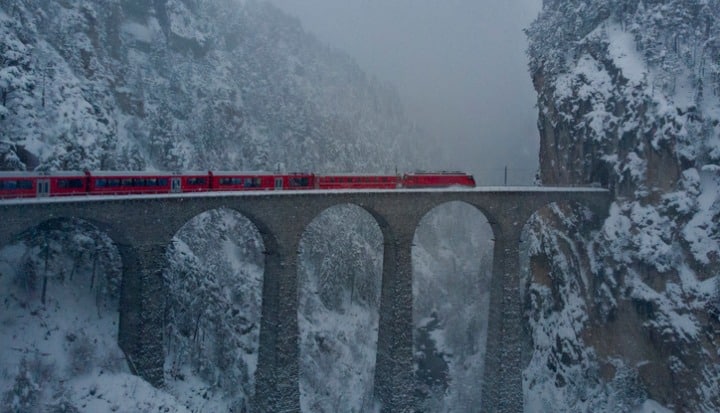 As you’re no doubt aware, the World Economic Forum’s Annual Meeting took place last month. And while deep snow was noticeably absent (reinforcing the environmental dangers presented by the sizeable delegation from Extinction Rebellion (XR) this year), the audience of elite senior executives from around the world remained the same.​


I visited the event once again for what I think must be my 15th trip— and it evokes mixed emotions every time I attend. Here’s how I described the Davos experience in my book, sponsored by Business Fights Poverty, released in 2018. “The Intrapreneur: Confessions of a corporate insurgent” questions the Davos phenomenon:

So what’s so special about Davos? Well, it’s very exclusive for a start. Over 1500 of the global business elite pay an arm and a leg to mingle with each other, plus many heads of state. Oh, and a handful of celebrities to boot. They spend three to four days talking about major issues such as global inequality and climate change over copi- ous glasses of champagne, before taking a helicopter back down the mountain, no doubt to an awaiting Learjet. They then spend the next 360 days of the year focused on maximising short-term profit for shareholders before it’s time for, you’ve guessed it, Davos again. It was conspicuous consumption personified. Yep, Davos was amaz- ing and I loved every minute of those annual trips to the Swiss Alps.

‘They’re your two best features,’ my dad would say with a wink. ‘Your standards.’

As you can tell from my tone, my underlying message is far from subtle—Davos attracts a particular kind of attendee with certain habits and preferences. And tending to those needs has mushroomed dramatically over the years.  What I call the “Davos Fringe” (think: Edinburgh Festival’s Fringe, where the cool up-and-coming performers hang out on the outside of the main festival) is bigger than ever. The main street—Promenade Strasse—is now a veritable gauntlet of shop fronts that have been taken over by the big corporate sponsors, with each one trying to outdo the other on the hospitality they can offer visitors.

Competition is rife, with slogans on how truly committed their companies are to making the world a better place. This year, I saw statements such as:

But there is a subtle shift. A decade ago, I would never have dreamt that the might of the multinationals’ marketing departments would be getting channelled into highlighting their caring corporate underbelly. Back then, espousing such ideals—that business might be about more than just making as much money as possible as quickly as possible—was tantamount to heresy. It leaves me with a nagging concern that the gross inequality brought to the world’s attention once again by Oxfam, and the climate crisis, are becoming reduced to another source of tactical competitive advantage. Is this just a thin veneer of short-term respectability, rather than a fundamental reboot of capitalism that the political, social and environmental challenges we face demand?

Fuel for the intrapreneur fire

This year, I was fortunate enough to attend one of XR’s Fire Circles. I found myself in a quiet and reflective circle, high above the village, listening to a gathering of all ages and backgrounds sharing their views on the challenges and their personal commitments to tackle them.  The session was about deep listening, empathy and mutual respect. I couldn’t fail to reflect on the sharp contrast with many of the sessions I’ve attended over the years where the “ego per square metre” metric was off-the-scale.

One of my favourite sessions, and possibly the main reason I went, was a breakfast session run by Yunus Social Business to launch its new report “Business as Unusual.” The report was developed in conjunction with The Schwab Foundation, INSEAD, Porticus and The Hoffman Institute for Business in Society and features the findings of an extensive program of research involving more than 200 intrapreneurs from a wide variety of corporates.

“Lifting their gaze” was something I wished more delegates would have done, as they rushed around from meeting to meeting, cocktail party to cocktail party with their heads down, frantically typing into their smartphones. I saw people literally bouncing off one another, sliding around like human curling stones after a collision.

I believe the need for deceleration is business priority and it’s something I covered on this platform a few months ago. I don’t think big business will ever come close to transforming itself as a force for good or “the greatest platform for change” if its brightest and best employees—the dormant intrapreneurs—are working 70-hour weeks with the constant distraction of firefighting non-strategic issues on e-mail.

We all need to take responsibility for making this happen. So, for those of you who attended Davos last week, or if you simply feel the need for (a lack of) speed, think about taking part in some deceleration of your own.  Take a look at this video of the Craigberoch Business Decelerator and check out three new dates in 2020 when you can take part in similar Decelerator Labs on the Isle of Bute, Scotland.  Because I’m convinced that the best way to drive change in business might be to start by slowing down.

If you’re interested in finding out more about intrapreneurship, I’ll be featuring other content taken from my book on the topic and explore what the underlying themes and key messages mean to us all in the coming weeks.