Is Davos Signalling the End of Business as Usual? 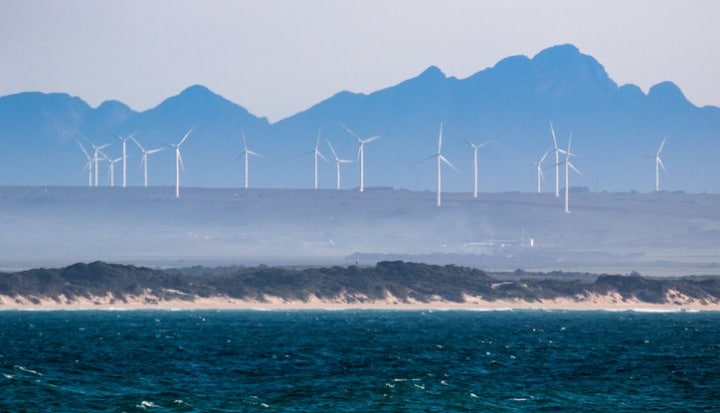 As world leaders in politics and business gather in Davos, IIED director Andrew Norton considers progress on the event’s ‘business with purpose’ agenda and asks how a progressive sustainability manifesto can omit climate change.

From the vast bushfires of Australia to the not-so-snowy mountains of Davos, the impacts of climate change are impossible to ignore. This week, the world is watching the annual World Economic Forum (WEF) meeting to gauge how global leaders will react.

Government and business leaders are already responding to the need for concrete action – including UK leadership and commercial giant Microsoft – by putting in place policies and programmes to become ‘net zero’ by 2030 or 2050 or ‘decarbonise their value chains’.

But the time for gestures is past. None of the announcements or actions to date will achieve the just transitions needed in the time available.

Unless, that is, governments enact and execute policies strong enough to have a chance of both meeting their own ambitious emission reduction targets and actively tackling inequality, while at the same time large multinational companies fundamentally change their business models – ideally working together.

Moving on from greenwash?

This is an interesting moment to think about what investors and business must do, in terms of the speed of transition and in the context of limited progress in the intergovernmental UNFCCC process. Lack of progress at the 25th Conference of the Parties (COP25) in December threw cold water on hopes that the climate emergency will be a universal priority in the short term.

There are myriad indices and benchmarks on corporate sustainability. But few have an accountability mechanism to inspire confidence in the assessments, or truly help consumers, investors and workers identify and differentiate between the good actors, those that are trying, and the bad guys.

Perhaps the growing public appetite for business to take real, transparent action on climate change inspired CEO Larry Fink to sign BlackRock up to the Climate Action 100+ initiative earlier this month – as well as a desire to stem criticism of the company’s investments in Canadian tar sands.

Fink arguably kicked the ‘purpose’ agenda off at Davos two years ago, and this has now been further defined by British Academy research: "the purpose of business is to solve the problems of people and the planet profitably and not profit from causing problems".

Whatever the motivation, in joining this scheme BlackRock has now committed to reduce its climate impacts and – importantly – publicly disclose how, enabling investors to assess progress more clearly.

Manifesto calls on companies to do more

So, as an organisation that prides itself at being on the cutting edge of global developments, how is WEF doing on the purpose agenda? At first glance it looks pretty good.

This year’s meeting focuses on the role of companies in creating more sustainable and just societies and will launch the Davos Manifesto on business purpose: a ‘set of ethical principles to guide companies in the age of the Fourth Industrial Revolution’.

The three-point manifesto sets out how companies have a role to play in society beyond generating profit by contributing to people’s and communities’ aspirations in all the areas they operate in. It advocates that environmental, social and good governance performance should be measured and reported on and that human rights should be integrated along global supply chains. It also calls for zero tolerance of corruption and the transparent use of data.

Crucially, the manifesto addresses the issue of accountability, going so far as to say that company leaders should have their renumeration packages tied to these indicators (which is likely to be popular with the public, if not all CEOs).

The largely progressive manifesto offers one very striking omission. While the text talks about companies being good environmental stewards and ‘looking after the material universe for future generations’, even referencing the biosphere, it avoids any mention of the climate crisis.

Given the centrality of climate and looking at other aspects of the Davos agenda – Greta Thunberg’s attendance, for example, and plans to make the event carbon neutral – the omission begs serious questions.

Why is climate change not explicitly addressed? Is it due to pressure from the climate deniers in the big polluter nations including the United States, Saudi Arabia and Australia? Or from the fossil fuel companies who support so much of WEF’s work? Or is WEF simply ‘purpose-washing’ its agenda?

IIED has been looking at this broad area. Our recent blog series ‘Profit with purpose: the role of business in achieving sustainable development’ brings insights from a range of key stakeholders within the business and investment world.

A strong message emerging from this series is that climate concerns must be front and centre in the purpose debate. IIED’s research and thinking on climate change also highlights how it has the potential to massively amplify global inequality, through the disparities in impacts on poor countries and communities and rich ones.

Getting real and measurable progress on the business with purpose agenda – including the climate emergency – is not straightforward. But this is vital to achieving the global goals and realising the ambition of our own 2019-2024 strategy.

Here at IIED, we are keen to work with businesses, investors and organisations that have a long-term interest in an equitable future with a viable global ecology. When the majority of companies can demonstrate and are prepared to be held account for that, then we really will have moved beyond business as usual.

This article was previously published on IIED and is reproduced with permission.