Indigenous Perspectives on Poverty Eradication, Corporate Engagement and the SDGS 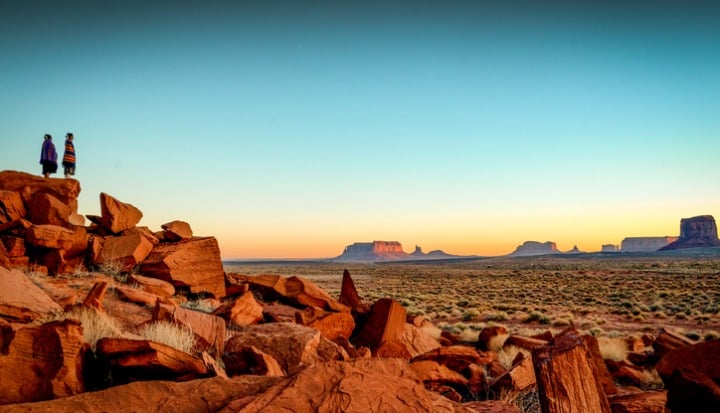 The 2030 Agenda does not identify as important some of the most fundamental principles of the UN Declaration of the Rights of Indigenous Peoples (UNDRIP) such as the right to self-determination in securing control over traditional lands, territories and resources. This paper considers how UNDRIP can inform the activities of corporations to assist in the eradication of poverty among Indigenous Peoples


Indigenous Peoples play an essential role in land management, clean water and in maintaining the diversity of global food systems. Even though they make up less than 5% of the world’s population, Indigenous Peoples manage more than 28% of the globe’s land surface. They continue to use traditional methods that have evolved over centuries that have proven to be regenerative in land management and food production in the face of significant environmental challenges.These traditional methods contribute directly to biological and cultural diversity, carbon sequestration, conflict resolution, food security and ecosystem health, and poverty eradication.

UNDRIP, Corporate Engagement and the 2030 Agenda

Beginning with Rio+20 Programme of Action document The Future We Want, the UN General Assembly recognized the importance of the participation of Indigenous Peoples in the achievement of sustainable development. At paragraph 49, the GA explicitly affirms the link between the need for such participation and the UN Declaration on the Rights of Indigenous Peoples (UNDRIP). This right to participation under UNDRIP requires of corporations, especially extractives, to take appropriate measures to address Indigenous Peoples’ distinct needs in order to overcome historic structural inequalities, endemic poverty and ongoing risks of human rights violations. As the Indigenous Peoples Major Group (IPMG) notes in a recent report, the elimination of poverty requires inclusion and partnership of Indigenous Peoples as rights holders and development actors in all corporate-sponsored projects that impact on their lands and territories.

Yet, despite the proclamations of UNDRIP, the GA’s stated commitments, and pressure from key Indigenous leaders and organizations such as IPMG, corporations from the extractive sector routinely ignore some of the most fundamental principles of UNDRIP such as the rights to self-determination and development through securing control over traditional lands, territories and resources. As a consequence, these corporations regularly ignore Article 3 of UNDRIP which describes the right to self-determination as the foundational principle upon which all other Indigenous Peoples’ rights rest. The right to self-determination serves as the basis of the right to free prior informed consent (FPIC) in decisions affecting them or projects affecting their lands or territories. Corporations are thus required to make explicit policy commitments to indigenous peoples that reflect the minimum standards of UNDRIP. They must then document the process of engagement with indigenous peoples’ representatives by providing a timeline showing, at a minimum, when the process of engagement began relative to initial project planning and design.

Monitoring Corporations in the Achievement of the SDGs

As noted above, corporations should exercise due diligence in the protection and promotion of human rights and the full and effective participation of Indigenous Peoples in decision-making on projects that effect their lands and territories. We can use UNDRIP as a platform from which corporations can interpret the targets and indicators of the SDGs. So, for example, the right to self-determination and the principle of FPIC can undergird an approach by corporations to the first SDG as ‘Eradicate poverty for Indigenous Peoples’.

This would then enable corporations to go beyond a mere numerical measure of poverty of $2 USD per day. Instead, corporations would expand the targets and indicators of SDG #1 to assist in securing Indigenous Peoples’ collective rights to land, territories and resources, and/or to ensure equal and just access for Indigenous Peoples to infrastructure and culturally appropriate basic services. By engaging in a process of FPIC, corporations could promote access to clean water, sanitation, healthcare, and culturally appropriate education.Much as a numerical measure of poverty provides a view of the quality of life, the exclusion by, for example, extractive corporations of the rights of Indigenous Peoples to development through securing control over their traditional lands, territories and resources as one of the key pillars of the SDGs means that the achievement of the SDGs would ignore the fundamental rights of Indigenous Peoples as codified in UNDRIP.

Using UNDRIP as a platform from which to interpret the targets and indicators of the SDGs provides corporations with a means by which to address historic structural inequalities, endemic poverty, and ongoing risks of human rights violations. As the IPMG envisions, corporations must be attentive to overcoming systemic barriers by respecting Indigenous Peoples’ rights to lands, territories and resources. Corporations must also affirm the contributions of Indigenous Peoples to addressing the problems of social exclusion and poverty, loss of biological and cultural diversity, and climate change by respecting the right to self-determination and the process of FPIC.