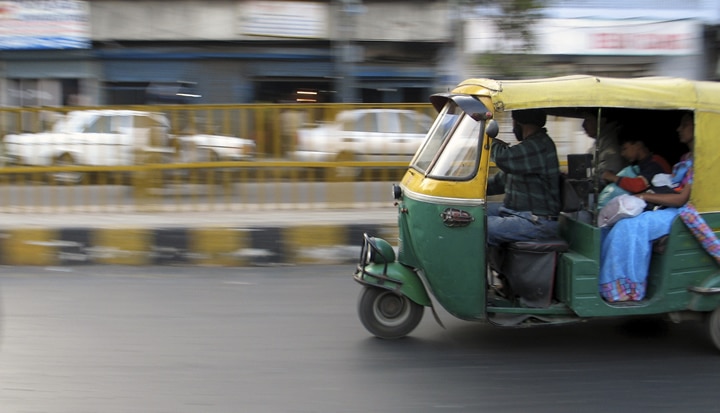 
Money should begin flowing to Indian sustainability projects following new legislation. Are the givers and the receivers ready?

NGO work is often hard and thankless, an unending attempt to do a lot with a little. However, a groundbreaking Indian law that requires large corporations to invest 2% of their profits in sustainability initiatives may make that NGO work better funded.

The Indian government’s Companies Act, adopted in 2013 and in force since April 2014, is a long – 294-page – document that among other provisions requires designated companies to disburse a 2% share of profits to approved sustainability (defined in the act as “CSR”) initiatives; form a sustainability board; and report on and be reviewed on compliance with the law.

For the Indian multinational Tata Group, involved in everything from cars to chemicals, the Companies Act won’t change the status quo much. Tata sustainability group chief Shankar Venkateswaran says the new legislation will increase the amount Tata will spend, but not alter the fact that the companies of Tata Group execute current sustainability initiatives through a selected group of partner NGOs.

“We look at sustainability as addressing environmental and social impacts of our businesses,” Venkateswaran says. “It is as much about how we make profits as it is to do with what we do with these profits.”

Venkateswaran voices one reservation about the new rules. “The law attempts to be more prescriptive than it needs to be in terms of defining what constitutes CSR,” he says. “It would have been simpler to have simply said what is not CSR and let the board[s] decide.”

Finnovation, a sustainability consultancy in New Delhi, says companies should concentrate on helping devise the most cost-effective implementation strategies for programmes already in place.

That may be easier said than done: there are an estimated three million NGOs in India. In addition, the government has designated some of its own social programmes that are eligible for Companies Act funds. And the amount of money will be substantial: an estimated $2-3bn annually from about 16,000 companies. That much capital entails challenges, and the risk of corruption.

Under the new rules, companies have to make sure that funds go to projects and entities that remain separate from their own internal strategic business efforts, even though this runs counter to the latest western thinking on aligning sustainability with business goals.

For example, Hindustan Unilever has an existing programme, Project Shakti, which is very successful in rural villages. It helps village women become small entrepreneurs with microcredit; the women then buy specially selected Unilever products for door-to-door resale to village residents, for a cut of the sales. As Project Shakti benefits Hindustan Unilever’s bottom line, it won’t be eligible as a programme under the Companies Act – currently no “shared value” propositions qualify.

In addition, corporations will need to make sure their sustainability departments are robust enough for the work ahead. Coal India, for example, announced it will need to hire 120 sustainability officers internally in 2014, to help manage and spend the Rs300 crore ($50m) it will be required to contribute in the year.

According to consulting firm Verdantix, natural resource extraction industries are expected to contribute the majority of the new pot of money – 54% of the total spending.

Odisha Mining Corporation, perhaps in an attempt to outshine its competition, declared in May that it would spend even more than the act demands – 5% of its profits – on sustainability activities in 2014.

In fact, the India Institute of Management (IIM) finds that thus far, steel, retail, and cement sectors are already spending more than 2% of net profits on sustainability. IT firms currently spend the least, according to IIM – just 0.3-1.5%. That may be why Nasscom, the Indian IT sector industry association, will set up special CSR committees through its Nasscom Foundation to monitor and advise on the flow of capital from IT companies to sustainability activities in response to the Companies Act.

Dasra, a Mumbai-based organisation that has funnelled more than $42m to domestic NGOs and social businesses through its philanthropic “giving circles”, over more than a decade, said it has already fielded many calls from corporates asking for advice on how to spend the capital the law requires.

“We have a lot of learning to share with givers,” says Dasra partner and co-founder Deval Sanghavi, “including advice on how to be more strategic with their giving.”
Sanghavi says companies will want to think very carefully and very logically about the impacts they can have. While in India social spending by companies has tended to gravitate to “livelihood” initiatives, in other words, short job training schemes, Sanghavi says companies are now going to want to step back and consider longer-term, perhaps simpler, and “big vision” objectives.

“One big area we want to see funded more is empowerment of girls,” Sanghavi says. “Some companies might say initially they wonder how that’s a ‘customer base’. But looking at funding programmes over a number of years, if they empower girls to get educated now, in a few years we are less likely to have as many child brides – which stalls economic growth – and more likely to have a pool of skilled and working and spending women consumers.”

Dasra is also working closely to support the receivers of Companies Act money – the many non-profit organisations that work to improve environmental and social indicators, but perhaps with insufficient institutional capacity. Partnering with Harvard Business Publishing, Dasra has designed a nine-month programme to support these growth-stage non-profits (as well as the social businesses) that may benefit from the Companies Act.

Dasra’s programme concentrates on organisational skill development, network building and collaboration and is meant to foster a new wave of organisations that can be as successful and impactful as home-grown efforts such as Magic Bus, Educate Girls, and Akshaya Patra have been.

Magic Bus, for example, started in 1999 when Matthew Casie, an executive at tour operator Cox and Kings in Mumbai, started to mentor a small group of young people in how to play rugby – the children gained discipline, self-esteem, and life skills from playing the sport. With help from a large number of donors and from Dasra for how to scale and grow, Magic Bus now reaches 300,000 children and has a goal to help one million through its sports-based skill development.

“It is critical that social enterprises possess the capacity and capability to leverage [the] large capital to scale and maximise their impact,” says Neery Nundy, Dasra’s other partner and co-founder.

Tata’s Venkateswaran agrees that NGOs have their work cut out. “The challenge will be NGO capacity to absorb these additional funds; for Tata we think that NGO capacity would be the limiting factor in forging new partnerships, and not the willingness of our group companies.”

With the coming influx of cash, Dasra’s Sanghavi says corporations should narrow their focus on key issues, and collaborate, rather than starting lots of new efforts. That can be hard where corporate competitors are involved.

Yet Hindustan Unilever, working through its foundation, HUF, is aiming at just that type of collaborative work around water in India.

HUF’s water efficiency project, launched in 2014 under the Water for Public Good (WFPG) banner, is one of the biggest ever undertaken in India, intending to save up to 1tn litres of water in three years and reach almost 800,000 farmers. HUF is working with one main NGO, Solidaridad, as well as with some of its own commodity supply chain partners such as Rajshree Sugars and EID Parry.

HUF and Solidaridad have as a main goal to make a business case for farmers around reducing water application to crops at the same time as they increase crop yields. One strategy is to pull stakeholders – business, farmers and communities of users – into small, decentralised water units that can be more efficient in controlling usage.

“Estimates tell us that by 2030, the supply of water in India will be half its demand,” says HUF speaking to Ethical Corporation. “The impact of climate change will further compound the linkages between food, energy, and livelihoods in this country.”

HUF’s project has the engagement of multiple actors – private sector crop producers that are part of Hindustan Unilever’s supply chain, outside farmer-producers, regular water users, and NGOs. One project in Maharashtra is focusing on water harvesting and soil and water conservation projects; another in Tamil Nadu renovates older rainwater harvesting systems called tank cascades to store excess water from monsoon times. “[WFPG] leverages on the existing networks and resources to enhance social return on investment for all stakeholders,” HUF says.

For the most part, media and academics in India have looked upon the new Companies Act spending requirement as positive to Indian society and to Millennium Development Goals such as ending hunger and poverty, promoting health and education, and addressing gender inequality.

But the benefits may take time to arrive, and the law may still need some tweaking. For example, as Dasra’s Sanghavi notes, clarification about India’s definition of a social business like the US-based B-Corp designation is sorely needed.

Even more important, according to Tata’s Venkateswaran, may be clarification of how Indian companies make their profits.

“If sustainability is about how profits are made – ie integrated into the business model, which is how we would like to see sustainability in the Tata Group – it can be said the act does not concern itself with this at all,” he says.

“Does this let companies that do not run their businesses sustainably off the hook? The act does not, for instance, incentivise a company to go beyond regulation in emissions, for example. Cynics may argue that it actually rewards companies that pollute as long as they meet their [act] obligations.”

This article is taken from Ethical Corporation’s 31-page management briefing on Driving Sustainable Business Growth in Asia. If you found the above of interest, you may want to read the full report (for free) as it also focuses further around CSR development in South and South East Asia.

The complimentary management briefing will help you to understand what sustainable business growth actually means and how to make it happen. You will also learn some practical approaches to avoid growth at expense of environmental resources.

The briefing provides with a detailed overview of corporate sustainability development across South and South East Asian countries in 2014. It includes views of some of the leading figures in the region, such as H&M, Asian Pulp and Paper, Greenpeace, Procter & Gamble and The UN World Food Programme.

This blog was previously published on Ethical Corporation and is reproduced with permission.