Is Agribusiness or Agroecology the Future of Africa? 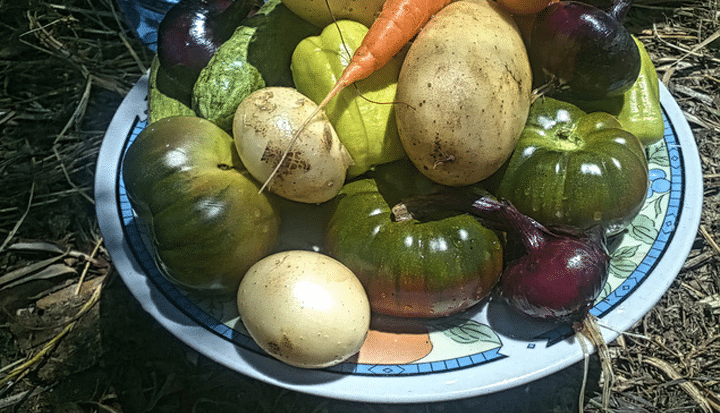 Is Agribusiness or Agroecology the Future of Africa?


In a recent blog on Business Fights Poverty, Gem Kodhek claimed that ‘the future of Africa is agribusiness,’ highlighting how it is a growing area of investment and represents an exciting future for the continent. Indeed, large amounts of global capital are being invested, including the AECF challenge fund competition which will award grants and interest free loans of up to $1.5 million for agribusiness ideas to be implemented in Africa.

However, there is much disagreement as to whether these investments are in the best interests of the majority of producers or consumers within Africa, or even for producers and consumers outside of the continent.

The focus on agribusiness roughly follows a ‘green revolution’ approach to agriculture. While the green revolution has been credited with rapidly increasing yields over the last 50 years, it has also resulted in broadly negative environmental and social impacts, including the erosion of soil quality and exacerbation of social and income inequalities. Further, despite the increases in yields, adequate food is not reaching everyone, and farmers and agricultural workers themselves are actually one of the most food insecure and marginalised groups globally.

Agroecology is an alternative approach which aims to respond to the challenges of complex food systems, through a set of practices and institutions. This concept applies ecological principles to the design and management of food systems, leveraging existing ecosystem functions and reducing dependence on external inputs. It is rooted in the idea that farmers should be directly involved in developing new practices by engaging and co-creating with one another, with support from cooperatives, NGOs, research bodies and government institutions.

The evidence so far is showing that agroecological production can have substantial benefits in conserving biodiversity, increasing resiliency and improving nutrition for farming households while increasing yields by an average of 79% in developing countries. Despite this, development efforts are still largely focused on agri-business centred approaches. Can the two be reconciled? What are the main differences?

Agribusiness approaches typically involve increasing the access to and use of agricultural inputs, namely fertilizers, seeds and pesticides. This can occur directly, by supporting agri-input suppliers, or, indirectly, for example, through standards and contracts between producers and traders or retailers which encourage or require the use of such inputs. The need for inputs is questionable on a number of grounds:

- Seeds: Historically, farmers have bred and selected varieties of plants based on characteristics such as yield, taste, marketability, and ability to produce under specific climatic conditions. This farmer-led system has resulted in high levels of genetic diversity and has also ensured that farmers have access to the seeds they want. However, many agribusiness initiatives encourage farmers to purchase commercial and/or certified seeds, which have been developed by government bodies or private companies. But by shifting away from a system where farmers select, save and share their seeds, and towards a model in which they purchase seeds from plant breeders, agribusiness models can undermine farmers’ ability to adapt to changing environments. Because of the genetic nature of hybrid and GM seeds (and in some countries, property rights policies), they cannot be bred and saved on farms. This means that farmers are unable to adapt these varieties, which reduces their resiliency to environmental changes while also creating a dependency on purchasing seeds for their livelihoods and food security. In addition, in shifting to commercial seeds, farmers stop maintaining open pollinated varieties, which translates to a loss of genetic diversity. The FAO estimates that 75% of plant genetic diversity and 90% of crop varieties have been ..., which has serious implications for long-term food security (as we are now at higher vulnerability to epidemics) and nutrition (as today’s plant varieties have lower levels of micronutrients).

- Pesticides: Reducing pesticide use is important for maintaining ecological sustainability, for example, ensuring we do not lose our pollinators, preventing an arms race against weeds and insects, and protecting human health. But a reduction of pesticides does not necessarily lead to a reduction of yields: When agricultural ecosystems are functioning well, there is little if any need for pesticides (which include both herbicides and insecticides). Integrated management techniques can be extremely effective. A striking example is the comparison between pesticide use and yields in the US and France: in the US, pesticide use has increased by 7% from 1996 to 2011, while in France, herbicides decreased to 82% of 1995 levels and insecticides down to 24% of 1995 levels by 2009. France, despite its small size and limited pesticide use, is still a global leader in the export of maize and wheat.

- Fertilizers: Scientists such as Elaine Ingham claim that the Earth’s soils already contain more nutrients than plants actually need. The problem is that they are not always in a form that plants can utilise: they are either insoluble or inaccessible. Conversion of nutrients into plant-usable forms occurs through helpful biological organisms (bacteria, fungi, protozoa, nematodes and microarthpods) in soil. When these organisms are absent or out of balance with each other, plants are unable to use the nutrients. Agroecological approaches suggest that efforts to improve soil productivity should focus on improving the microbiology of soils by increasing the amount of ‘he.... Healthy soil biology also improves soil structure, water retention and inhibits disease. Conversely, the agribusiness approach of adding soluble nutrients in the form of inorganic fertilizers can serve to mask the problem of an imbalance in soil biology, and can create a dependency on external inputs.

Creation and distribution of knowledge and benefits

In addition to this conflict between agri-business with its increased use of external inputs versus agroecological approaches which aim to minimize external inputs, the two approaches also differ in the ways in which knowledge and benefits are created and distributed:

- Knowledge creation and sharing: The shift towards agribusinesses has come at the cost of eroding farmer-to-farmer networks of knowledge and resource sharing. While agrodealers and in some cases purchasers (e.g. in contract farming arrangements) can potentially bring new information and technologies, their interests are not always aligned with the long-term food security, environmental and livelihoods interests of farmers. An agro-dealer selling pesticides is not likely to educate farmers about ways of growing which would eliminate the need for their products, and a purchaser requiring uniform tomatoes is unlikely to encourage crop diversity. The reliance on market-driven agents as farmers’ primary source of information puts farmers, the environment and food production at risk.

- Distribution of benefits: Agribusiness initiatives often claim to improve the lives of rural poor; however, research indicates that value chain upgrading initiatives only benefit 2-10% of smallholders, and these are usually the farmers who are already better off in terms of incomes and assets. Not all smallholders are poor, and therefore not all initiatives that include smallholders are benefitting the poor, though this assumption is common in the design and assessment of agribusiness initiatives. Further, many agribusiness approaches focus on cash crops, which are grown for wealthier markets such as export and domestic supermarkets. In East Africa, countries such as Kenya and Somalia export vegetables, cut flowers and teas to supermarkets in the UK while simultaneously experiencing food insecurity. This raises important questions about global trends in food distribution, availability and access which impacts not just on food security but also on the ability for smallholders to make a living. Considering the long-term food security and nutritional implications on various segments of populations is not straightforward or easy, but is arguably necessary, and presently lacking in agribusiness initiatives.

The conclusion is not ”business is bad”. Business certainly remains central in our food systems.

The question is, to what extent can agribusiness initiatives such as those supported by AECF go beyond merely increasing incomes of a select few and contribute, as agroecological approaches do, to the following essential dimensions of a food system?

Identifying the potentials and limitations of the private sector in these dimensions could enable challenge funds such as the AECF agribusiness window to be more oriented towards a future I could buy into.