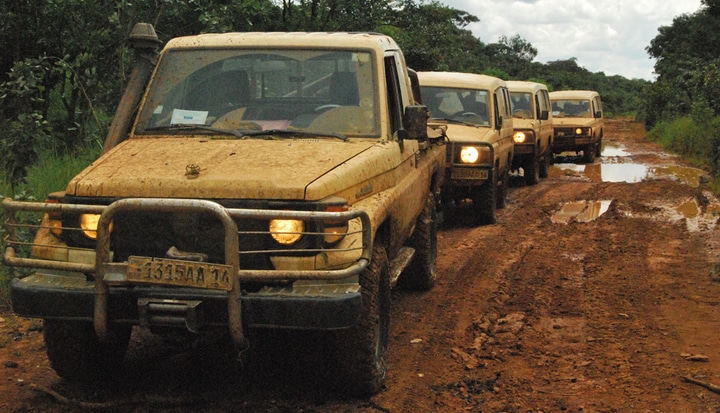 The mining multinational Anglo American and its record in contributing to social and economic development will be well known to regular readers of Business Fights Poverty. In June 2012 on this site, then CEO Cynthia Carroll reported on the latest version of the company's widely acknowledged Socio-Economic Assessment Toolbox (SEAT), which provides 'best practice guidance on the management of socio-economic performance that is at the same time rooted in the practicalities and commercial considerations of our business'. In this article, Jan Klawitter, Government Relations Manager at Anglo American speaks with Luke Wilde, Director of twentyfifty ltd. about what, if anything, a leading company such as Anglo American is learning from the UN Guiding Principles on business and human rights.

Luke Wilde (LW): Despite your strong record on social and economic performance, Anglo American has been a visible contributor to many of the discussions about the UN Guiding Principles over the past few years, why is this?

Jan Klawitter (JK): Respecting human rights isn't new to Anglo American. We have long referenced the Universal Declaration of Human Rights in our business principles; signed the Voluntary Principles on Security and Human Rights early on; and since 2007, we have incorporated human rights into SEAT. But we want to be the development partner of choice, and so we are always interested to see what we can learn and how we can keep on improving our practices. Hence, we have actively engaged with the UN Guiding Principles and related initiatives; interacting with the UN working group, participating in initiatives such as the Community of Practice for business and human rights, and sharing our experience with organisations such as the Institute of Human Rights and Business.

LW: Who takes the lead in implementing the Guiding Principles within Anglo American?

JK: It's right at the top. It's the Board Sustainable Development Committee. That way we ensure that implementation is multi-functional, and reaches all the parts of the organisation that it is required to. Of course, the Government and Social Affairs, Supply Chain, Human Resources, Legal and Safety and Sustainable Development teams have a big part to play in this, but is led from the Board.

LW: And how is implementation being undertaken?

JK: We are holding the Guiding Principles up against our existing processes. As mentioned before, respecting human rights is not a new topic for Anglo American, so it is very much a matter of seeing where our existing practices can be enhanced. The Guiding Principles have helped us to refine our approaches to pre-development impact assessment and M&A due diligence; and we have taken a close look at areas such as supply chain, security, resettlement and land management to work towards getting them aligned. The latest version of SEAT also includes some amendments and makes clear linkages to the Guiding Principles.

LW: I notice that you don't have a 'human rights policy' as such, why is that?

JK: Our existing policies like the Social Way and our Business Principles cover human rights, and we they believe do so adequately. However, the level of interest generated by the Guiding Principles amongst a wide range of stakeholders, including investors, has led us to reconsider this and we plan to prepare a 'human rights statement' to summarise our approach and existing commitments to human rights. As well as helping us to communicate clearly with our stakeholders, this will also serve to further internal awareness and action.

LW: The mining industry in South Africa has seen some serious human rights abuses in the last year, I am thinking of the killings through police action at the Marikana mine. While we all know that this was not at an Anglo American site, how have you responded?

JK: Marikana has made the whole industry stop and think. While we think the implementation of the Voluntary Principles on Security and Human Rights did make a difference for us at that difficult time we are working with International Alert to review our practices across the group to ensure that there is consistent good practice throughout. We are also looking more broadly at improving the welfare of employees and contractors and the capacity of local municipalities, recognising that living conditions and public service delivery were underlying contributors to the unrest.