Igniting a culture of entrepreneurship in South Africa 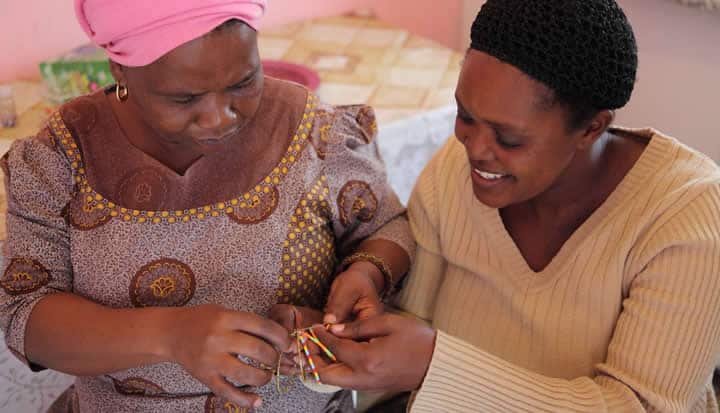 Igniting a culture of entrepreneurship in South Africa


“Often businesses are not focused on the future – they think small and I encourage them to dream big,” says Olga Lutz. Dignified and determined, Lutz knows the power of big thinking.

Despite her modest roots in Zwelihle township outside Hermanus in South Africa, she has developed a small consulting business and skills centre – iGaba – offering accredited computer courses and skills programmes to support, sustain and grow businesses in her community. iGaba means ‘garden hoe’ in the native language of Xhosa, and symbolises the rewards reaped from hard work.

“Entrepreneurs in the community start their own small businesses but fold within a few months because they lack basic business skills such as bookkeeping, customer care and meeting procedures,” she says. Her company plugs the gap and allows other determined individuals to create robust, regulation-compliant businesses for themselves.

Funding and skills guidance from the SAB Foundation through the Wheat Trust allowed her to grow her small business into a sustainable enterprise. A modest R15,000 ($1,600) bought three new computers and expanded her training capacity to sustain the company and the livelihoods of others in her community.

Helping entrepreneurs like Lutz is part of long-term vision underpinning the SAB Foundation to ignite a culture of entrepreneurship in South Africa. This focus came about through the understanding that entrepreneurship is a source of economic growth and a primary source of innovation and job creation.

“Our stated focus is on entrepreneurship amongst historically disadvantaged people, with a priority on women and youth, people living in rural areas and people with disabilities,” says Cyril Ramaphosa, Chairperson of the SAB Foundation. “We know from our research that South Africa lacks a critical mass of small and medium-size enterprises (the economic landscape is dominated by few, large corporates and thousands of survivalist businesses), and that micro, small and medium-size businesses in South Africa typically struggle to raise capital for their businesses.”

Through the SAB Foundation Tholoana Enterprise Fund, a smallscale seed-capital grant programme (typically between R10 000 and R150 000), we are assisting micro and small enterprises that provide income generation and employment.

This belief in the importance of entrepreneurship, embodied in the programmes of the SAB Foundation, is also reflected across our business. Our South African subsidiary, SAB Ltd, launched KickStart in 1995 to support 18 to 35 year old entrepreneurs from previously disadvantaged backgrounds. SAB is also supporting iKasi, a platform for local businesses to grow and engage with potential consumers. And at the group level, developing entrepreneurship through our value chains has been a long-standing priority.

With help from SAB Foundation, Lutz has changed the lives of people like 24-year-old wheelchair bound Patrick Matakata, who has used his newfound computer skills to start his own home-based internet cafe, developing on from his small CV writing and printing company. “It really pleases me to see that my work has helped people,” says Lutz. “Small upcoming businesses need more skills to improve a culture of entrepreneurship and reduce unemployment and poverty in the area.”

Helping Lutz grow her business is having a ripple effect through the business that she in turn supports – bringing new opportunities for job creation through the power of enterprise.