IFC: What Does It Take to Create Jobs? 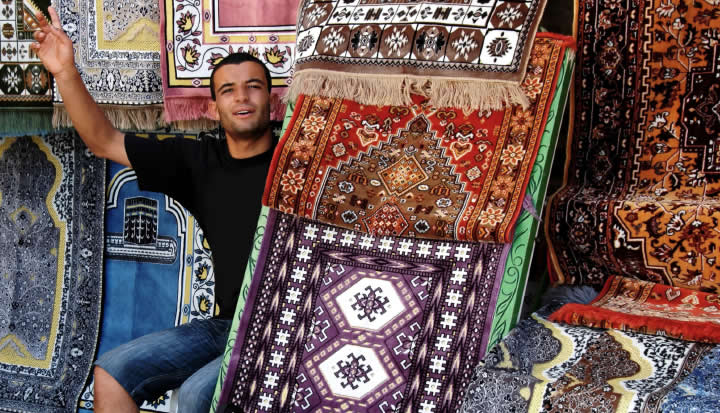 What Does It Take to Create Jobs?

With so many young workers joining the labor force, more than 600 million jobs must be created by the end of the decade just to maintain today’s employment levels. The vast majority—90 percent, by most estimates—must come from the private sector. There is no alternative.

IFC, the world’s largest global development institution focused on the private sector, has decades of experience financing and advising private firms throughout the developing world. We sum up our thinking on job creation in a new IFC Jobs Study released. The study, produced with support from our Dutch, Swiss, and U.K. donor partners, complements the World Bank’s recent World Development Report 2013-Jobs.

The report shows that removing these obstacles can result in significant job growth. For example:

Steps can be taken, however, to remove these and other major obstacles. This frees up local entrepreneurs to create the stable, well-paying jobs with good working conditions that are essential to the fight against poverty.

Increasing access to finance, especially for the smaller firms that dominate local labor markets, is one of the most critical steps for job creation, the study indicates. It is also one of IFC’s top priorities. Collectively, the micro, small, and medium enterprises receiving loans from IFC-backed financial institutions worldwide provide 100 million jobs, research shows.

In Tunisia—where the Arab Spring began, largely over frustration with joblessness—microfinance institution Enda Inter-Arabe now finances more than 200,000 job-creating local entrepreneurs, more than four times as many as when it began working with IFC in 2006. Under a G-8 initiative to spark growth in the region, we have also put $18.5 million in a new private-equity fund managed by Tunis-based TunInvest. Its earlier investments helped Tunisian packaging firm Cogitel grow nearly sevenfold to 680 workers. Cogitel is now affiliated with Altea Packaging, the regional leader in its industry.

Large-scale employers also have a major role. Yet their impact is often greater when one considers the ripple effects of their supply and distribution chains. In Ghana, the IFC-financed Ahafo gold mine—sponsored by Newmont Mining of the United States—has created 28 indirect jobs at local suppliers and distributors for every direct hire of its own.

In Orissa, one of India’s poorest states, Ramu Rawat was jobless until a new $70 million cement plant opened five years ago. It put him on its maintenance staff, and saw his keen work ethic and leadership potential. He soon had not just a job, but a career.

Rawat later left to start his own contracting company that now employs 200 workers. His company now provides much-valued construction and maintenance support to the plant’s owner, IFC client Orissa Cement Ltd. (OCL). Rawat’s employees are among the 7,200 indirect jobs that OCL’s supply and distribution chains have created in the local economy—more than 10 times as many as it employs directly itself.

One response to “IFC: What Does It Take to Create Jobs?”