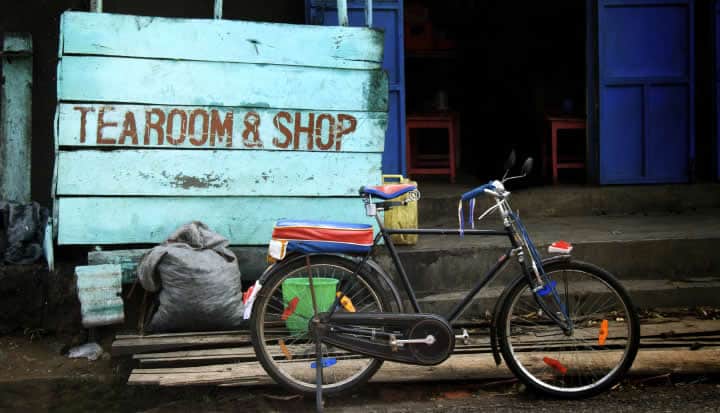 When tragedy strikes, those in low- and middle-income groups often lose their earning power and face immediate hardship, plunging back into poverty. The risk of setback is severe. But it also opens the door for private sector solutions.

If health, life, and property insurance were affordably priced and easily available, up to 4 billion people in developing countries would pay for it, industry leader Swiss Re estimates.

Keen-eyed entrepreneurs can find profitable business opportunities in this area that also improve people’s lives. These are the kinds of entrepreneurs IFC supports.

Ghana is a case in point.

Constance Adae’s small shop burned to the ground in Accra in 2010. Seeing her business wiped out overnight, she feared the worst—not knowing how to recover its lost income, or repay its loans.

A few months later teenager Juliana Boye faced similar fears. An older brother who had long paid her modest tuition suddenly died. Just 18, she wondered if she could still afford to go to school.

In both cases, modest payouts arranged by IFC client MicroEnsure made all the difference.

Constance discovered she had insurance built into her shop’s microfinance loan. Juliana learned her late brother had named her a beneficiary on a Vanguard policy delivered through his mobile phone company. Their lives went on with only small disruptions. Both are doing well today.

An outside-the-box insurance broker, MicroEnsure targets the base-of-the-pyramid market. In Ghana, where 95 percent of the population lives without insurance, it now insures more than 1 million people—up from just 40,000 in 2010.

Globally, MicroEnsure has 4 million clients. With IFC’s support, it is due to reach 11 million by 2017, making it the world’s largest player in this fast-emerging, high-impact field.

Founded in 2005, MicroEnsure has been operating as a nonprofit within Opportunity International, a U.S.-based Christian microfinance nongovernmental organization active in 20 countries. Relying up to now on grants from the Bill & Melinda Gates Foundation and others, IFC is helping it become a commercial business to operate at a far larger scale.

MicroEnsure has a sound business model for the mass market, and sees IFC’s new $2.2 million combined debt and equity investment as an important vote of confidence. IFC is participating alongside lead investor Telenor, a Norwegian mobile operator with more than 100 million subscribers in Asia and Central and Eastern Europe keen to use its technology platforms as distribution channels for financial services in underserved markets.

For additional impact, we also are helping 70,000 small-scale farmers in Kenya and Rwanda and another 7,000 in Sri Lanka insure their crops against risks of severe weather events such as floods and draughts. Together with the World Bank Group, we have established the Global Index Insurance Facility to help the private sector develop innovative products of this kind, working in partnership with the European Commission, the Netherlands, and Japan.

This blog was first published on the IFC Website and is reproduced with permission.