How the development of women leadership generates positive impact 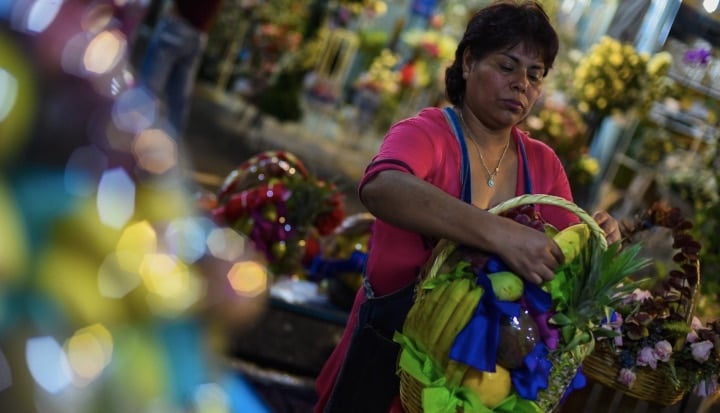 What would happen in your community if women who wanted to start their own business or pursue a professional career had the opportunity to do it? From addressing closing the pay gap, to finding new caregiving solutions, we need governments, business leaders, and investors to make gender equality happen. Find out more in this article.


For more than two years I have been working directly with projects linked to gender equality in multicultural contexts. Explaining inequalities and its structures is crucial to understand how we engage on an agenda of development toward a future where people can thrive in balance with the planet.

To comprehend the origins of gender inequality, a return to a brief past in which women had no right to participate in society is useful. Currently, we can see how much the economy of care (taking care of children, the home, the elderly) is still supported by the work of girls and women so that other people can generate income in the household.

According to data from Oxfam, women and girls worldwide dedicate 12.5 billion hours every day to unpaid care work - which would represent a contribution of at least 10.8 trillion US dollars per year to the global economy; more than three times the value of the world's technology industry. In addition, women and girls are responsible for more than 75% of unpaid care activities in the world and represent two-thirds of the workforce involved in paid care activities. Moreover, according to Oxfam data, men hold 50% more wealth than women worldwide (Oxfam, 2018).

The concentration of income and the inequality in the distribution of unpaid care activities between men and women has become so intense that a careful look, and above all, action is necessary.

Why should we invest in the development of women?

#1. To act in the development of women is to act in a systemic way: To tackle the complex challenges we face, an interconnected approach is necessary. When we work to generate conditions for women to seek development, we are impacting in an intersectional way in other Sustainable Development Goals (SDGs), including curbing climate change, as shown by UN Women in this image and by the World Economic Forum in this article as well (World Economic Forum, 2019). 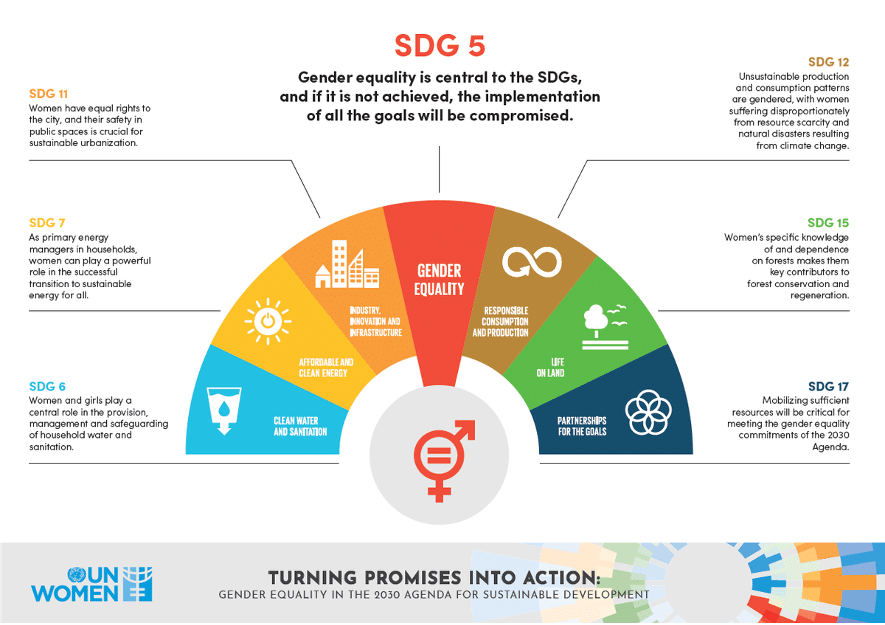 #2. The greater the diversity of an ment, the more fertile it is for innovation to flourish: That is, when we invest in women and amplify their voices, the solutions become increasingly plural and with that, we open the field for innovation to flourish. In my journey, I also understood that acting on the thematic of women or gender equity is the gateway to other relevant matters such as race, ethnicity and so many other voices that are not heard in the mainstream.

#3. Diversity and sustainability go hand in hand: The more diverse a system is, the greater your chances of adapting to changes. And in today's times of accelerated change, resilience and the ability to learn are key.

Ultimately, what do women really need?

In one word: access. Access means not ignoring the care economy and providing conditions for girls and women to have time and space to be able to participate fully in the economy and society, both in the entrepreneurship agenda and working for companies. And, last but not least, providing a safe space to allow for their creativity to emerge. 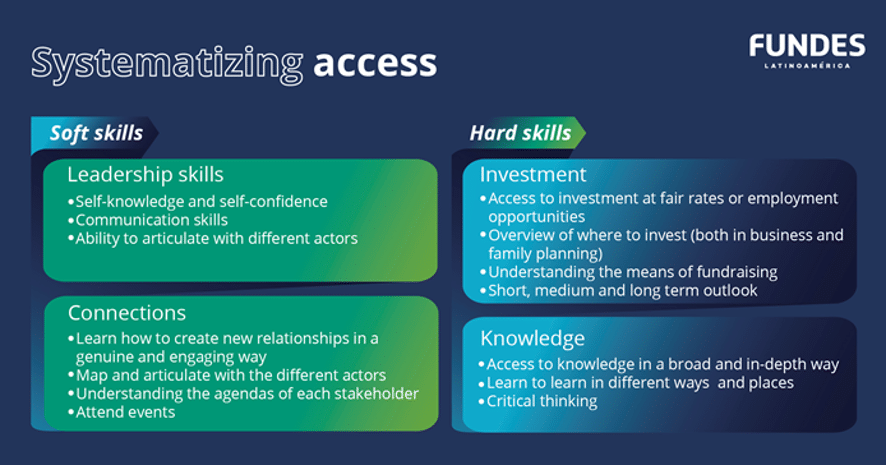 As evidence shows, empowered women transform societies, and at FUNDES, we count on your leadership to take action to effectively contribute to the gender equality agenda through the empowerment of female entrepreneurs in Latin America.

FUNDES is a non-proﬁt consulting ﬁrm whose mission is to support the competitive development of micro, small and medium-sized businesses in Latin America. Alongside large companies, development organizations and government agencies, FUNDES develops strategies and collaboration models that link MSMEs with their value ecosystem.