How Technology Can Help Tackle Modern Slavery Through Worker Engagement 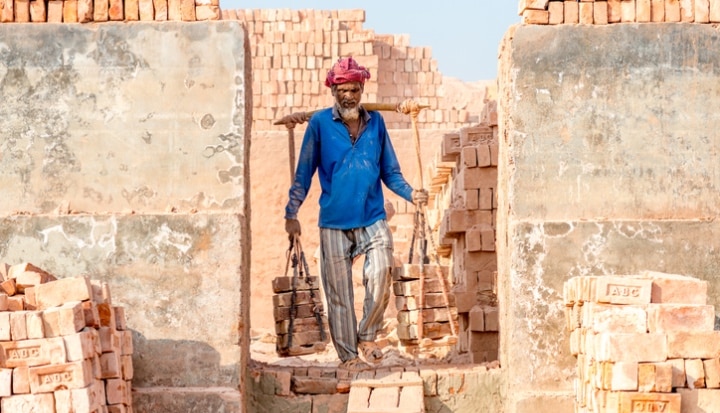 Over 40 million people are in modern slavery. It is a crime affecting all countries, yet it is often hidden and difficult to measure. In a new Business Fights Poverty Challenge, we are setting out to explore how technology can help tackle modern slavery through worker engagement.

Over 40 million people are in modern slavery. It is a crime affecting all countries, yet it is often hidden and difficult to measure. In a new Business Fights Poverty Challenge, we are setting out to explore how technology can help tackle modern slavery through worker engagement.

The issue has rapidly gained attention in recent years, and governments have responded with legislation to strengthen companies’ obligations. However, the Global Slavery Index shows that over US$354 billion worth of products at risk of modern slavery are being imported into G20 countries annually.

Some 62% of global business leaders surveyed in 2016 by Thomson Reuters said they conduct due diligence only on the first tier of their third-party relationships. Modern slavery can be a difficult problem to track – and even harder to eradicate – in businesses further down the supply chain, such as small farms, palm oil plantations, or single-operator boats supplying seafood.

Nestlé’s Challenge project with Business Fights Poverty is exploring the role of technology in tackling this problem, with a particular focus on the supply chains of consumer goods companies. We are describing recent examples of technology being applied in this way and aim to share actionable insights from the best- emerging practice. A mapping of technologies undertaken for the Tech Against Trafficking Initiative showed that, of the tools with publicly available information, only 11% were geared towards worker engagement. This is a niche we hope to expand.

Worker engagement is an essential starting point in overcoming the intractable nature of modern slavery in supply chains. As with other human rights issues in supply chains, such as child labour or workers’ health and safety, effective grievance-raising and remediation mechanisms are fundamental to empowering workers and eradicating problems. Mobile-based and wearable technology has proven successful in enabling greater understanding of workers’ experience. This may in turn help to strengthen formal systems for raising concerns, building trust and ensuring effective company responses to problems identified.

A role for technology

ELEVATE’s Laborlink mobile platform is a good example of a two-way communication channel for workers to share their perspectives in real time. It gives companies greater visibility of workers’ experiences and viewpoints, and of the conditions in which they work. For example, Good World Solutions uses workers’ own mobile phones with Laborlink to connect directly with workers in real time, aiming to use data to help create safe and respectful workplaces. They reach over a million workers around the world.

CARE International partnered with Laborlink to pilot the use of wearable technology to uncover the reasons why thousands of garment factory workers in Phnom Penh, Cambodia, were fainting on the job. Over 200 factory workers wore the devices continuously for two weeks, leading to information about their conditions within and beyond the factory.

These examples may require adaptation to help tackle modern slavery in supply chains. For example, in the Cambodia case, almost all the workers said they would undertake the programme again, but in situations where modern slavery is prevalent, workers may have no reason to believe that a potentially intrusive technology will be used in their own interests. Where an approach to worker engagement relies on using workers’ own mobile phones, the company would need to explore whether this condition excludes those most at risk of modern slavery.

There are promising signs that such concerns can be overcome. Nestlé and its major seafood supplier Thai Union, for example, have partnered with Issara Institute to provide over 35,000 workers in their supply chains with access to Issara’s independent multilingual migrant worker helpline. These include workers at processing sites, feed mills, fishmeal plants and on fishing vessels. Many migrant workers also use Issara’s Golden Dreams smartphone app, which enables them to voice their opinions and exchange views with each other about employers, as well as giving up-to-date information about workers’ legal rights.

Issara also works in migrant workers’ countries of origin. This is crucial: recruitment fee debt-bondage is a major component of modern slavery in supply chains. Once migrant workers reach an employer, they may well hide the fact that they had to pay recruitment fees for fear of being sent back. Recruitment processes and routes are not transparent, nor are they well understood. So, the contribution of applications such as Golden Dreams to raising workers’ awareness of their own rights and increasing transparency in recruitment processes may have far-reaching effects.

Increasing a company’s understanding of worker conditions, driven by perspectives from the workers themselves, lifts the cover of invisibility under which abuses are more likely to occur. And patterns in engagement data from workers who are not themselves victims of modern slavery might help to identify signals showing where there is a hidden problem.

These examples show potential for technology to contribute to the fight against modern slavery, in particular through creating closer, two-way connections between a company and the workers in its supply chain. This deeper engagement can lead to greater trust as workers see conditions improving in response to concerns raised. This builds workers’ confidence to raise more sensitive issues, including those relating to modern slavery. New partnerships will be needed to take this further, such as formalising technology-enabled grievance-raising and remediation mechanisms. For more information on our Challenge, please join us here.