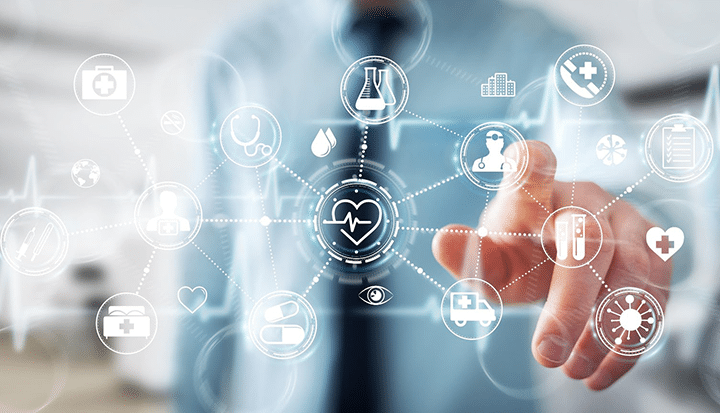 I was recently invited to present TPI’s partnering toolkit on NCDs – developed last year in collaboration with Bupa and UICC – at EPHA’s annual conference. The memorable phrase ‘evil puppeteers’ was used in one presentation, in reference to the nefarious and shady activities of corporate lobbyists.


I was recently invited to present TPI’s partnering toolkit on NCDs – developed last year in collaboration with Bupa and UICC – at EPHA’s annual conference. The memorable phrase ‘evil puppeteers’ was used in one presentation, in reference to the nefarious and shady activities of corporate lobbyists.

While significant progress has undoubtedly been made in some areas of business / public health relations (notably in the area of infectious disease control), it is surely time to break this us-and-them deadlock when it comes to combatting NCDs. Unless we urgently seek a more productive basis for private sector engagement, we will collectively fail to meet the SDGs.

To be fair to NGOs engaged in combatting NCDs, is not unusual. Each SDG community seems to have its own corporate demons and long and debilitating attacks on both sides over many years has meant that constructive engagement has been very slow. In the education sector, for example, the phrase ‘private sector’ often calls to mind private education providers among the NGO community, rather than the wider corporate sector.

Equally, in the water sector, civil society organisations are often wary of private water companies. They often feel that water should be a basic human right, not subject to the profit motive. The basic tension was summed up by the memorable (and possibly apocryphal) phrase from the head of a water company that ‘God provided the water, but not the pipes’.

It is important not to downplay the valuable watchdog role played by some NGOs whose mandate is to campaign against business, where other tactics have failed to improve practice. But in both of these cases, as well as in the case of infectious disease control, the public-private chasm has been breached.

Among some NGOs tackling NCDs there may be fears of co-option by business, not least when the company is funding its involvement in a partnership. However, it is possible to maintain critical independence while also collaborating with a company, as demonstrated by this example of engagement between Oxfam and Unilever.

And it is arguably more important for NGOs to ask themselves not “How can I avoid being co-opted by business when in partnership?” but “How can I ignore a potential source of solutions to the NCD challenge I’m tackling?” For example, around ten years ago the development NGO PACT made the strategic decision to engage more strongly with the private sector. PACT’s CEO Mark Viso argued that, as an anti-poverty NGO, his organisation had a responsibility to explore every possibility to help reduce poverty, including fundamentally shifting its approach to business engagement.

Viso says that: “At Pact, we wholeheartedly believe that a world where poor and marginalized people can exercise their voice, build their own solutions and take ownership of their future. Everything we do is in service of them and delivering on our promise of a better tomorrow. We felt obligated to explore every possibility for delivering on that promise, which is why we undertook this change within the organisation”. (Emphasis added).

Shifting to a more open mindset does not come easily. We all adopt the norms and behaviours of our organisations and sectors, it is hard to critically question unspoken rules, and we are rarely incentivised to consider whether there may be merit in different approaches.

However, when we have empathy for the motivations, strengths and limitations of other approaches, this tends to lead to the kind of integrated approach that is needed to achieve the SDGs.

An initial suggestion to public health professionals would be to begin by searching for alignment of interests, rather than fearing conflict of interests. TPI has developed a practical tool that can help unpick conflicts of interest. What if we started from the assumption that large companies can have a positive impact on human health? How would this change relationships with companies? And what would it look like in practice?

The first task would be to look beyond the politically-charged usual suspects in the private sector. Instead, consider how the rest of the business community is addressing NCDs. Recall the parallel with the water sector: following years of unsuccessful engagement with water companies, parts of the development community have now found constructive engagement opportunities with large food and drink companies such as Nestle and Coca-Cola.

Such companies have identified increasing water scarcity as an existential risk to their business. Recognising this, The Nature Conservancy (TNC) has established ‘Water Funds’ in many countries. We might ask how TNC - a not-for-profit organisation, with high accountability ratings and a large number of scientists and technical specialists within its organisation - has been able to work with a major Coca-Cola bottler and maintain its integrity.

Another example comes from the area of early childhood development (ECD), where an organisation called ReadyNation International offers advocacy tools for business to use to lobby governments to improve ECD policy.

Significantly, ReadyNation focusses work on companies that have fewest direct business interests in early childhood development - instead looking at the general business community. It helps its business members makes a case for policy action on ECD based not on morality or philanthropy, but on an evidence-based combination of neuroscience and economics. As a result of advocacy efforts to mobilise more domestic resources in Uganda, the government has increased spending on education from 11.1% to 12%.

For public health professionals accustomed to hearing the phrase ‘corporate lobbying’ and assuming the very worst, it is well worth investigating the work of ReadyNation.

Another key question to ask is how NCD challenges look when considered from a business perspective. Might their employees be affected? Do the health challenges pose a business risk (as with the example of water scarcity highlighted above)? Might they create business opportunities?

And we may consider some specific cases:

While each company assesses a risk:reward ratio using its own specific metrics, one theme that is common across sectors is the vast business opportunity presented by the SDGs. This report from the Business Commission on Sustainable Development has identified that ‘achieving the SDGs is estimated to create at least $12trn worth of business opportunities in four key economic systems: food and agriculture; cities and urban mobility; energy and materials; and health and wellbeing.’ Clearly, all four of these economic systems relate to the NCD crisis.

Viewing business activity as either inevitably evil (or inevitably positive, for that matter) is a symptom of thinking in silos. We all do it, we’re often not aware of it; it’s how we make sense of the world. But silos are arbitrary and unnatural, and they prevent the kind of systemic thinking needed to achieve the SDGs. We urgently need to build some bridges.