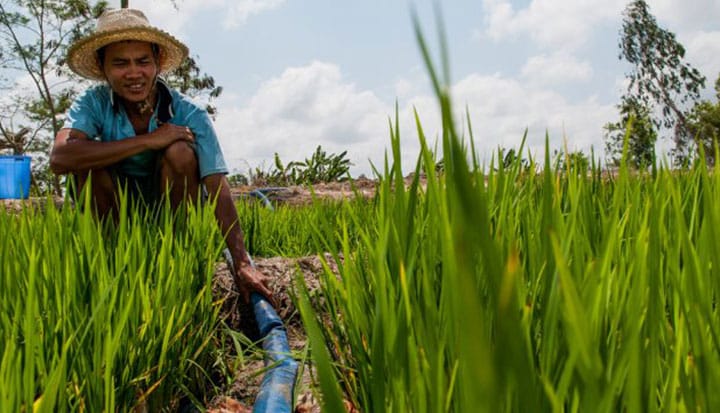 
Big business can make a big difference to tackle climate change in agriculture, but needs a strong scientific base to guide and monitor investments, says Sonja Vermeulen

When the world’s biggest agribusinesses, with collective revenues of over $800 billion, come together to announce their intentions to reduce food emissions by almost a third in the next 15 years, it is clear that large-scale change is afoot. Better still, these corporate members of the World Business Council on Sustainable Development (WBCSD) understand that mitigating greenhouse gas emissions is not enough on its own. Alongside their mitigation targets, they plan to increase availability of affordable and nutritious food, and to invest in resilience of their supply chains and suppliers – particularly smallholder farmers – to climate change.

But how do we know whether to believe these statements of ambition? Are they nothing more than empty promises, or just a positive spin on unsustainable agricultural practices? For the big announcement made at the UN climate talks to have any credibility, there must be robust and open measurement if progress. For this exact reason, the CGIAR Research Program on Climate Change, Agriculture and Food Security (CCAFS) has been invited to work with WBCSD’s Low Carbon Technology Partnership’s climate-smart agriculture working group that is behind this ambitious pledge.

The leadership statement released by companies including Kellogg and Olam is based on three pillars, which align with seven of the Sustainable Development Goals. The first relates to productivity, and aims to provide 50 per cent more nutritious food through increased production on existing land, bringing degraded land back into productive use and reducing food waste. The second relates to helping farmers build up their resilience to climate change and safeguard their incomes. This will include investing in fair, long-term relationships with farmers, women’s empowerment and the transfer of skills and knowledge. The third relates to climate change mitigation, and aims to reduce emissions by at least 30 per cent compared to 2010 levels, though restoring degraded land, reducing deforestation and agriculture carbon sequestration programs.

Our daily food fixes – from cheese to chocolate – rely on a vast network of smallholder farmers who are already extremely vulnerable to rising temperatures and erratic rainfall. Climate-smart agriculture has come under fire, for being a slippery term that can have different interpretations in different contexts, and may not always have small farmers’ best interests at heart. Through inputs from CCAFS, companies aim to improve the scientific robustness of their targets and metrics – not just for emissions reductions, but also for smallholders’ livelihoods and resilience. Putting together the companies’ business experience and CGIAR’s scientific experience makes sense. With decades of experience working with rural farmers, we intend to be a “critical friend”, helping companies to build a business case for adaptation and mitigation opportunities, so that they can invest in initiatives where the benefits to smallholder suppliers’ incomes and their ability to adapt are greatest. We will also help the group to synthesise company-level progress on each of the three pillars and combine these data with other global metrics to assess collective WBCSD progress towards the grand global ambitions.

The hotspots for mitigation in agriculture are already well known. Major opportunities lie in managing soils under croplands and pastures, improving livestock management through breeding and feeding, and reducing methane emissions from rice paddies through simple techniques like controlling flooding levels. To improve smallholder farmers’ resilience, the options are wider. Proven approaches range from very climate-specific actions, such as improving farmers’ access to weather forecasts, through to more comprehensive rural development that builds local institutions and farmers’ organisations, increases access to credit and unbiased information, and provides safety nets in times of crisis. Farmers will be able to make better choices under the uncertainty of climate change if they have a wider portfolio of farming and marketing options at their disposal.

That is not to say that the process of fulfilling the WBCSD pledges will be smooth sailing. The WBCSD action plan also identifies a list of existing challenges and barriers to success for businesses wanting to achieve climate-smart agriculture at scale. Some are long-term issues, such as insecure land tenure for farmers, or lack of stable policy environments to support transformation to low-emissions futures, such as clean energy for rural areas. Clearly success in agriculture will require reaching out to other sectors to overcome shared obstacles. Other barriers, such as a lack of data and advisory services for farmers are precisely where the scientific community can step in to provide tools and knowledge.

WBCSD’s initiative on climate-smart agriculture holds huge potential. The companies are not working alone. Bringing farmers’ organisations, suppliers and customers on board will be critical to success. Civil society consultations are already underway to build public credibility. We hope that bringing scientists on board to provide scientific advice and monitor progress proves to be a smart decision too. Public research expertise, when combined with the resources at the private sector’s disposal, can make a powerful impact. It will ensure that both big business and small farmers will reap rewards for decades to come.