How Do We Get Businesses Working Towards the SDGs 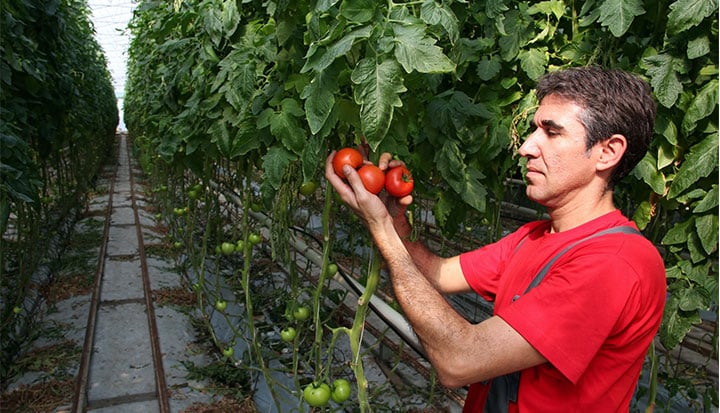 How Do We Get Businesses Working Towards the SDGs


“Let us put aside what divides us and overcome narrow self-interest in favor of working together for the common well-being of humanity.”

With those inspiring words, UN Secretary General Ban Ki-moon kicked off last week’s Addis Ababa conference on Financing for Development. It was the first of a series of major events that could make 2015 a turning point in sustainable development, the next two being the launch of the Sustainable Development Goals (SDGs) in New York in September, and the Paris conference on climate change in December.

One of the most significant changes since the declaration of the Millennium Development Goals, set to conclude this year, is that the private sector is now seen as a key stakeholder. With governments reneging on prior commitments, and given the projected $3 trillion to $4.5 trillion price tag to achieve the SDGs, corporate participation is essential.

Secretary General Ban’s plea to overcome narrow self-interest may, however, be the wrong signal for businesses responsible for meeting earnings expectations and delivering returns to shareholders. With the majority of growth expected from the developing world, self-interest may be the most compelling reason for businesses to participate in sustainability and inclusive growth.

It is fitting that the conversation about financing development was kicked off in an African city rather than in New York or Paris. Africa has emerged as the last frontier for corporations seeking untapped growth opportunities – a perfect lab for perfecting sustainable and inclusive business models. However, Africa is also a perfect reminder that getting these models right will be far from easy.

Case in point: Nestlé executive Cornel Krummenacher recently announced that his company is scaling back massively on its Africa operations. “We thought this would be the next Asia,” Krummenacher said, “but we have realized the middle class here in the region is extremely small and it is not really growing.”

Nestlé’s retrenchment could deter other private investment in sustainable development, just when the world is expecting businesses to lean in. Had this been another company, an about-face on Africa may not have been as worrisome. But Nestlé is a bellwether for sustainable and inclusive business models. With 40 percent of its Africa sales from “popularly positioned products” – versions of its famous brands targeted at lower-income consumers – it has outsold its major competitors.

In parallel, the company has a broad portfolio of sustainability and inclusion initiatives: the Global Healthy Kids Program in Mauritius, Kenya and Mozambique; the New Hope Project in the DRC to promote female entrepreneurship; and productivity-enhancing programs for corn and cassava farmers in its supply chains. It also developed many regional partnerships: with the East African Dairy Development Board in Kenya, Uganda and Rwanda; the Uganda Coffee Development Authority; and the Tanzania Coffee Research Institute.

There are three important lessons for stakeholders – in both the private and public sectors – to take from Nestlé’s retrenchment:

1. Interpret market growth forecasts in context, know the territory, and do your own math. Companies must be clear about the true opportunities in developing markets, and the payback periods. It is important to do reality checks with continuous on-the-ground observations and local insight.

Even definitions of “middle class” should be scrutinized. A Standard Bank analysis – cited by Nestlé’s Krummenacher – estimated that the middle class in the 11 top African countries would reach 22 million by 2030, a far cry from the 500 million estimated by the African Development Bank.

Beyond markets, the context can be sobering. Africa is home to 75 percent of the world’s poorest countries. Around 30 percent of the population went hungry in 2010, more than half lack access to electricity, over 270 million lack access to clean water, and over 500 million suffer from waterborne diseases. Eleven million people are stateless or returnees. One in 16 women will die during childbirth or pregnancy, and an African child dies from malaria every 30 seconds.

Business and policy strategies in Africa must be based on a granular understanding of the full picture, including a recognition of the unevenness across the continent’s 50-plus countries.

2. Prepare to be surprised, create options to grow as the market grows – and help the market grow. Africa is the youngest region in the world, with few formal safety nets, recent penetration of mobile phones, and increasing urbanization. There are chances of an African entrepreneurship boom.

Technology could enhance even traditional sectors; the Kenyan venture iCow, for example, provides dairy farmers with market and meteorological data on a mobile app. Predicating an emerging market strategy on a narrow view of sizing and serving the middle class would be self-limiting. The entrepreneurial ecosystem could evolve as a powerful partner in growth.

Companies like Nestlé could re-consider their product strategies, think beyond their existing brands, and adopt products being developed in the market itself. They could explore partnerships with entrepreneurs, home-grown competitors, other players in the value chain, as well as the public sector. With their global resources and scale they can catalyze growth, avoid over-commitment, preserve the option to play in the market, and grow with it.

3. Funding plans for the sustainable development goals must factor-in commercial imperatives. Given the size of the investment necessary to achieve the SDGs, private investment is essential, but we must be realistic about what to expect. Businesses, especially those that trade in public equity markets, operate under constraints. Getting to the development goals has to be compatible with core business interests; otherwise much of this activity will be relegated to adjunct units that are considered discretionary, and are first on the chopping block during cost-cutting phases.

As we launch the next 15 years of sustainable development, it is good to be aware of lessons emanating from the continent that hosted last week’s conference. For business to play its part, social goals and narrow self-interest – realistically crafted business goals – must find an overlap.

This article first appeared on www.forbes.com and is reproduced with permission.