How has global multi-dimensional poverty changed over the first ten years of measurement? 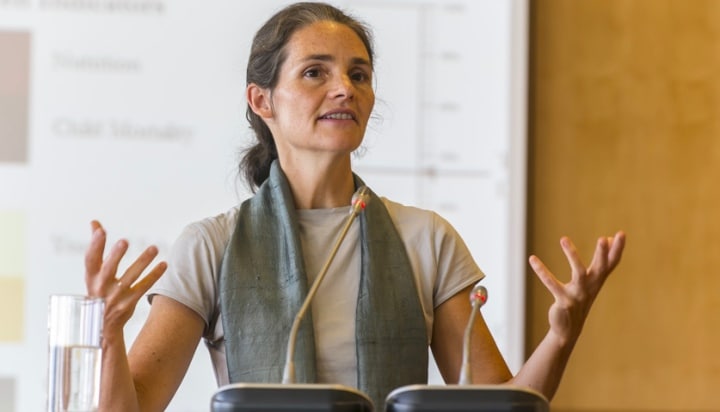 Sabina Alkire, presents the headlines from the latest Multi-Dimensional Poverty report. Poverty is not just about income – dollars per day. It includes indicators on poor health, education, housing and more. For the last ten years, we’ve been measuring this more nuanced multi-dimensional poverty – here’s what we’ve found.

At least 1.3 billion out of 5.9 billion people are living in multidimensional poverty in developing regions. They are living lives deprived in a number of ways relating to their health, education and their living standards.

The global Multidimensional Poverty Index (MPI), produced by the Oxford Poverty and Human Development Initiative (OPHI) and the United Nations Development Programme (UNDP), releases figures and analysis annually on the scale and details of multidimensional poverty globally. The intention is to help inform policy-making to reduce poverty.

Each of the 1.3 billion people have a combined deprivation load that includes at least one-third of the ten weighted indicators. 91% of the poor lack clean energy; their kitchens are smoky. Four out of five live in ramshackle houses with substandard materials to shield them from the elements. Three out of every five live with somebody who is undernourished. Over half lack electricity, so cannot turn on a lightbulb or fan. In over a third, a school-aged child watches other children go to school but can’t follow.  And multidimensional means multidimensional – the average number of such deprivations that multidimensionally poor people experience is five.

In 2020 one in three children still lives in multidimensional poverty (644 million children). About 84 percent of multidimensionally poor people live in Sub-Saharan Africa (558 million) and South Asia (530 million), and two-thirds live in middle-income countries.

How is MDP changing over time? This year we have released the first comprehensive study of trends in multidimensional poverty. A selection of those appears in our 2020 report where the good news is that 65 out of the 75 countries profiled showed statistically significant reductions over time (see figure 1).

The slowest progress takes place in the poorest and least poor countries, and the high speed advances in the ones in between: In the poorest countries many people are malnourished, many children are out of school and houses are rudimentary – so it takes more resources to create households where no one is malnourished and all children are in school, and the floor, roof, and walls of the house are all good quality.
But after a certain point, once the initial heavy lifting has been done, it gets easier and MPI reduction accelerates.

Comparing the trends for multidimensional poverty and the better-known metric of income poverty (see figure 2) helps us reach a better understanding of poverty. Among the ten fastest MPI reducers, the incidence of people living on less than $1.90 a day in Guinea and Liberia’s went down even faster than the incidence of multidimensional poverty. In Sierra Leone, Mauritania, Timor-Leste, Rwanda, Lao PDR, Cote D’Ivoire and Honduras, it was the reverse. Why? Stories vary and there’s a big future research agenda to explain the differences. Lao PDR, Cote D’Ivoire, Rwanda and Liberia, had strong economic performance whereas Sierra Leone saw a fall in per capita income. But proactive social policy either by government or other actors was often evident in countries reducing MPI. In Sao Tome and Principe, the incidence of multidimensional poverty went down, but monetary poverty actually increased during this period of zero growth.

This year’s report marks ten years since the first global MPI began the process of assessing multidimensional poverty at scale. Multidimensional poverty as a concept is now widely accepted and visible. It features in the2019 Global Sustainable Development Reportand in expressed objectives of the United Nations’ Third Decade for poverty reduction 2018–2027 as well as SDG 1.2 and its indicators.

But two key challenges remain: datba and analysis.  On data there are challenges to include new dimensions – work, violence and other shocks, disempowerment and climate change; to disaggregate further; and perhaps most of all, to update more often. All need data.

Globally, poverty data is updated slowly – while stockmarket data is updated every minute and GDP data every quarter, data on human poverty is updated every 3–5 years. But with household surveys paused while an impoverishing pandemic roars through communities, data on multidimensional poverty is more needed than ever.  We hope a way can be found not only to sustain, but to accelerate data collection and processing  even as the pandemic unfolds. Rapid surveys are essential, if they can capture  how the deprivations of people in poverty continue to combine and overlap.

On analysis, in 2020 the global MPI has comprehensive trend data, as well as extensive country coverage. We now invite students and analysts of poverty– including those who are staying home for a while! – to engage with the global MPI datasets and use them creatively and rigorously to answer important questions in their contexts.  In the hands of creative and committed colleagues, our hope is that the global MPI data will sharpen analyses in new ways, to inform feasible and empowering actions to reduce the deprivation loads so many continue to carry.

This article was previously published on Oxfam's Blog and is reproduced with permission.