How Companies are Turning Food Losses into Gains 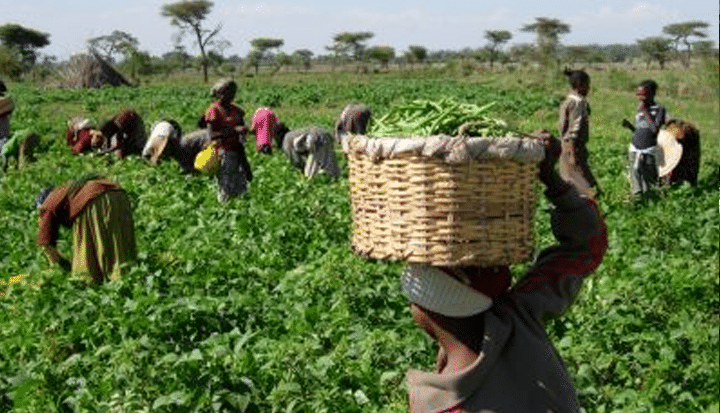 How Companies are Turning Food Losses into Gains


Experts in global food systems cite the need to expand production in order to feed the world’s growing population. However, just as important is the need to more effectively process and distribute the food we already grow. Here are five facts on the present status of food loss around the globe, and how companies and IGD are currently working to reduce waste.

1. Over 30% of all food produced in the world for human consumption every year — which amounts to a staggering 1.3 billion tons of food — gets lost or wasted.

The Food and Agriculture Organization of the United Nations (FAO) found that between 30 and 40 percent of global food production is lost or wasted annually. The related study, “Global Food Losses and Food Waste,” sought to identify causes of food loss and described possible prevention mechanisms.

2. Both developed and developing countries contribute to food loss in the value chain – the difference is whether it is at the beginning or end.

In the developing world, food waste and losses occur at early stages in the food value chain, tracing to flawed harvesting, storage, and cooling practices and poor infrastructure. In medium- and high-income countries, food is primarily wasted and lost at later stages: Food can be wasted given quality standards that over-emphasize food’s appearance, and owing to consumer decisions to buy more food than is ultimately needed.

3. The world could feed feed 870 million hungry people in the world in the world if just 25% of the food currently lost or wasted globally were saved.

870 million—equivalent to 80% of Africa’s population—would be able to receiving an adequate food supply by better utilizing food that is already being grown. Without expanding farmland, the FAO also noted that more efficient farming practices could help curb greenhouse gas emissions; and in developing countries, reduced food losses could increase farmers’ income and make food more affordable for consumers.

4. Private companies with progressive business models are among the most powerful forces in reducing loss.

FAO officials have called upon both the private and public sectors to invest more in infrastructure, transportation, packaging, and processing in the developing world to fight food waste and loss. For instance, one business IGD has engaged with on post-harvest loss is DADTCO (Dutch Agricultural Development & Trading Company), a company established in 2002 to drive poverty alleviation using business methods, particularly in the struggle against food spoilage. Operating among cassava farmers in Ghana, Mozambique, and Nigeria, DADTCO’s Autonomous Mobile Processing Unit (AMPU) processes fresh c... on or near farms to avoid spoilage that otherwise results during transportation of cassava to traditional processing plants. DADTCO seeks, in the long term, to convince manufacturers of national and international consumer and industrial products that cassava can be used as a substitute for higher-priced raw materials.

5. IGD is leading the intellectual charge on food waste and food loss with our Rockefeller Foundation Post-Harvest Loss project.

Using IGD’s network of companies across the globe and our expertise in African agriculture, corporate impact measurement, and inclusive business models, IGD is working with The Rockefeller Foundation to determine how companies can be a force for reducing post-harvest loss. In Ghana, Kenya, and Nigeria, IGD has gathered market perspectives of loss from 45 companies, including processors, traders, and retailers. The final recommendations will outline collaborative interventions to mitigate post-harvest loss and how sourcing from smallholder farmers can be improved.

To learn more about IGD’s work to reduce post-harvest loss, visit our website as IGD’s report for Rockefeller prepares for its final release.

One response to “How Companies are Turning Food Losses into Gains”