How Can We Create Business Opportunities in the Fight Against Malnutrition? 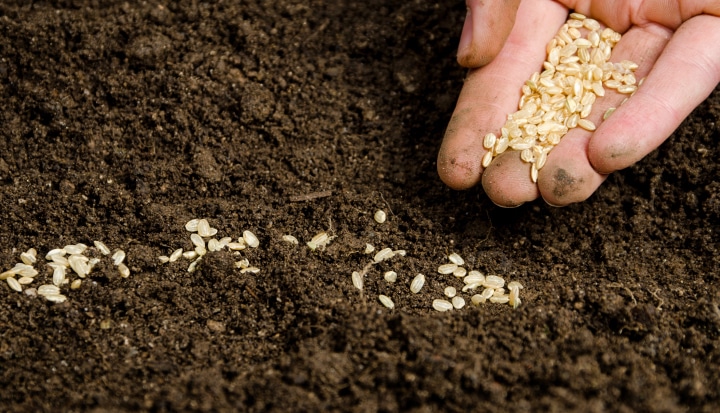 Creating Business Opportunities in the Fight Against Malnutrition


For decades, hunger has been the most serious problem plaguing developing and newly industrialized countries. While headway has been made in the battle against hunger, two billion people are still suffering from malnutrition in developed and developing countries alike.

Because of this, on June 3rd and 4th, Ashoka Changemakers held a Globalizer Summit in Frankfurt, Germany to not only address the challenges of the fight against malnutrition, but also outline and pursue the most innovative global solutions.

Convening over 150 experts, scientist, social entrepreneurs, corporate representatives, and investors from around the world, the discussing concentrated on strategies for the use of new technologies and concrete business models to make “Nutrients for all” global reality.

Given today’s food industry trends and innovation possibilities given advances in science and technology, what is the role of business and corporations to fix the food system?

Recognizing the power of economies of scale,what incentives does the food industry have to create demand for nutrient-rich food?

How can corporate giants collaborate with social entrepreneurs to create mutual learning and business opportunities in the fight again malnutrition?

After hosting an online discussion here on Business Fights Poverty on the business opportunities in fighting malnutrition, here are three insights we gleaned:

1. Technology lends itself to education and awareness. Overall, modern technology has the potential empower people through information and data can create the metrics needed to measure and define that patterns of full human nutrition.

“Our study in Burkina Faso found that around 70% of households in our intervention area have at least one mobile phone at home.” - Julia Suryantan

“A possible low-cost model would be using a broadcast platform/console. Such a console could send out regular voice broadcasts, say once per week or as needed. People receiving the service could record questions, and peers & experts would be able to leave a voice message in response. The regular voice-based broadcasts could then incorporate the questions to make the content for the broader population more time- and demand-relevant (regular survey of a subset of the population could be conducted as well).” – Hee Kwon Seo

2. The need for a mind-set shift in how we value food.

“Food in the United States is FAR undervalued as it is. For the most part, our food is artificially cheap. This is often due to the dreadfully low wages we pay to those who harvest the crops used to produce that food (i.e. orange juice). Most of us spend a relatively low percentage of our income on food, the one thing we absolutely must have to live happy, healthy productive lives.” - Erin Ponsonby

“We need a paradigm shift in the marketing space of business for better nutrition. There is a prejudice among consumers that says that the healthier and more nutritious the food is, the less tasty it is. Breakfast cereals are among those products that I think have been somewhat successful in subverting this prejudice. At least partially, the food more nutrition-conscious businesses produce actually needs to be able to compete on the taste dimension. And yet from a different angle, healthier food needs to be promoted along dimensions that could pique consumers' interest.” - Hee Kwon Seo

“The focus should be hitting the consumer's price point with the most nutritious foods that the consumer would enjoy. If your target market is consumers with greater disposable income, then perhaps your approach would work. When we surveyed mothers with very limited disposal income (< US$0.10/day) in rural communities, we found that they wanted more nutritious products for their children and knew that their children would benefit from better nutrition, but there weren't such products available at the price point they could afford.” - Bret Raymond

“The challenge is to bring all (private sectors, governments, NGOs/CBOs, universities, research centers) to work together in harmony without prejudice. Partnership is important. I could say that I feel optimist that we are heading to the right direction of bringing all in the same direction - NFA and BFP are one of those that can bring us together. We can learn a lot from one another.” - Julia Suryantan

“We need more whole foods, locally grown and consumed, which creates jobs and wealth from local sources. That said though, all players are needed to increase nutrient levels across the globe, but hopefully someone, perhaps the social entrepreneur, has their eye on how to make them work best for human health in any given local.” - Nancy Woodruff

The current situation: Benefiting from the early mover advantage by leveraging the production capacity in developing countries.Mars is currently following a mass model production but is however considering changing their route to market approach: produce and sell their products locally in i.e. Africa.

The challenge: Mars is not very familiar with the market of the developing world, where consumers have different tastes and most of all different nutritious needs. The question then becomes "how can Mars put parts of the supply chain back into the developing countries?"

The current situation: Nestlé served 160 billion people with fortified food in developing countries, regardless this high number Nestlé has been reaching limits: with the fortification process the crops’ taste and appearance changes, resulting in farmers’ hesitation to eat and process the modified food.

The need: Nestlé needs the help from the local entrepreneurs to find solutions on how to successfully integrate these nutritious crops in the value chain. The question then becomes "how does Nestlé process the crops and reach out to the urban poor?"