How Can Technology be Utilised by Businesses to Tackle Modern Slavery in their Global Supply Chains?​ 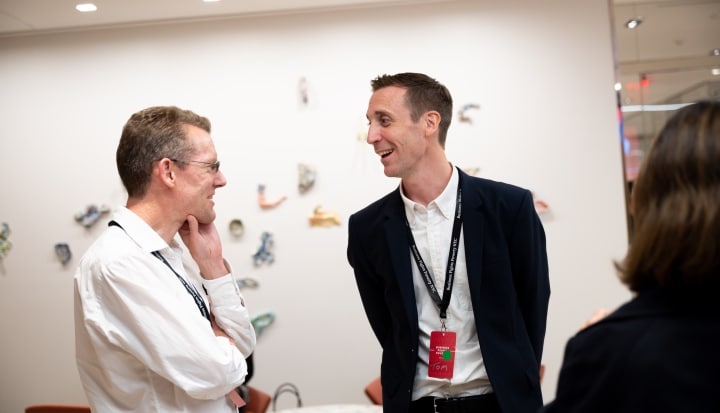 Business Fights Poverty is running a Challenge on the use of technology to tackle modern slavery in global supply chains, in partnership with Nestle and WBCSD. Technology has huge potential to challenge systemic opacity, and can disrupt systems where there is misinformation.


Our New York Conference provided an opportunity to explore how strengthening companies' two-way, real-time engagement with workers in their supply chains is improving worker well-being, and helping to address modern slavery. During the discussion, we uncovered emerging examples of technology assisting in this process, and asked what lessons we can learn from companies’ experiences to date. Finally, we considered the challenges which remain, particularly in relation to scaling existing technological solutions.

Much of the conversation focused on the role of technology in tackling opacity and ensuring  that supply chain practices are transparent.  By way of example, technology can improve transparency in the recruitment of migrant workers, who are often expected to pay large sums to an agency (or even a member of their extended family) for a work placement. Recruitment fees can become debts, and debts can lead to debt bondage – the most pervasive form of modern slavery in global companies’ supply chains. To counter these risks, blockchain applications can guarantee contracts are not tampered with, allowing workers or auditors to access and prove what was in the original contract. At the other end of the tech scale, simple mobile applications are enabling migrant workers to share information on recruiters and employers amongst themselves. Mobile technology can also be used to provide migrant workers with accurate information on their legal rights. All these technological interventions remove the opacity on which abuses depend.

A major retailer noted that informality, or the absence of the rule of law, is in a sense one of their top competitors. This allows firms using immoral practices, including forms of modern slavery, to undercut companies that seek to work within the rules. One participant suggested there may be an opportunity for machine learning to reveal parts of the supply chain where costs indicate forced labour might be prevalent. Both tech companies and consumer-oriented companies at the roundtable were interested in exploring this idea further.

The introduction of new technology may be met with a degree of suspicion by workers so companies need to find ways to build confidence among workers that new technologies will work in their interests.  Lack of trust in technology will prevent potentially useful innovations from being adopted by the workers they aim to help. There are examples of companies testing wearable technology to measure workers’ routines, aiming to understand stress points with the intention of improving worker well-being. But such an approach could be seen as intrusive, collecting data that might be used against workers.  Likewise, scaling apps that enable workers to exchange information and understand their rights requires workers to trust that the app provides a valuable service to workers.

One NGO reported  a novel approach to trust-building. It began a social enterprise supporting potential migrant workers in South Asia to make a success of their move to work in another country. Having established their credentials delivering a service which is valued and trusted by workers, they are considering how they can offer additional support  to help tackle modern slavery, for example in contracting and in information sharing between migrant workers. These may include app-based services using workers’ own mobile phones.

Developing additional technologies to eradicate modern slavery has cost implications for companies across the supply chain. Of course, funding is being provided by purchasing companies determined to root out modern slavery both for moral and reputational reasons. However, there may also be cost savings in utilising such technology, for example in greater efficiency in recruitment and contracting processes, or through better auditing or auditing efficiencies. Additionally, companies might be able to recover some of their costs by collecting data that is valuable for employers  - although this clearly needs to be done with caution and in a way that does not jeopardise trust.

The final topic of conversation explored collaboration between companies, and barriers to this. Anti-trust laws have discouraged collaboration between companies in a sector, for example in sharing data or technological approaches.  Participants agreed that industry bodies need to do more work with governments to extend the areas in which companies can collaborate, in order to improve worker well-being and tackle modern slavery.  Collaboration between business, governments and the not-for-profit sector is needed to develop enabling environments in which tech is just one component of a holistic solution to modern slavery.  Such collaborations are also needed to develop suitable regulatory environments, provide adequate enforcement, and make positive shifts in standard industry practice.

We are grateful to our participants for their time and their ideas, which we will explore further throughout our Challenge. If you would like to find out more or get involved, click here.