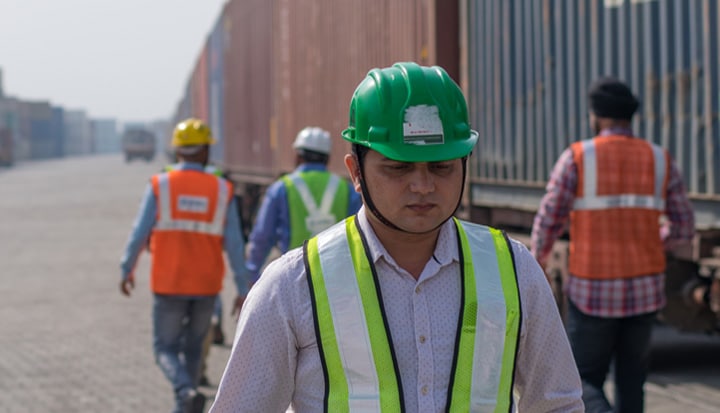 High ESG standards in logistics can make the difference when it comes to economic development in northern India.


The logistics sector in India presents an opportunity for impact focused investors. It’s a vital, enabling industry that is essential to the many manufacturers in the industrial parts of the country. However, the network is expensive and inefficient.

Much of this poor performance is driven by bottlenecks in India’s rail infrastructure, which have come about due to underinvestment and the dominance of government-owned entities. Such operations have been unable to drive process efficiency, cost reduction, and haven’t adhered to environmental and social (E&S) standards.

The issue of logistics providers’ poor E&S standards particularly important with regards to businesses in India’s ‘hinterland’ – the industrial cities in the north that are located some distance from seaports. In cities such as Kanpur, Uttar Pradesh, and Ludhiana, Punjab, there are many leather manufacturing companies producing clothing and footwear to export all around the world. Lots of these firms supply multinational businesses that demand high ethical standards across their supply chains, including any logistics partners involved. As one business owner in Ludhiana told us: “We deal with many retailers, which include companies like Walmart, Target, Sainsbury’s and Marks and Spencer. They want us to work with organisations that have respect for health and safety and other social issues.”

A lack of responsibly managed logistics companies doesn’t just present a threat to the exporting companies but it’s a broader challenge to economic development in the region. To help address the issue, in 2015 CDC invested in a logistics company operating in northern India. From the outset, we wanted to ensure the business, called Pristine Logistics, could improve its environmental and social standards, with a particular focus on health and safety.

Once we had invested, we set about creating the ‘road map’ for Pristine in order to incrementally improve their capacity and change their whole corporate approach. As we started discussing E&S plans, the management team could see that achieving internationally recognised standards would help employees and enable them to reach some of the larger exporters in their regions, who all need their supply chains to be aligned with international good practice.

During our time we have helped the company develop from having very limited awareness, to becoming an organisation which today hold both ISO 14001 and OHSAS 18001 certification; the international benchmark for environmental management and health and safety performance respectively.

This demonstration of international best practice has made Pristine into an attractive service provider for a number of export orientated customers, which has subsequently driven the increase in volumes and the underlying value of the company. Amit Kumar, the company’s co-founder says that the approach has been a ‘win-win’ for Pristine’s clients: “As we have raised the bar on ESG [environmental, social and governance] issues, customers have seen the benefit – not only socially but actually economically.”

In early 2018, having achieved the financial and development impact we set out to, we exited our investment in Pristine Logistics. During our involvement the company’s revenue grew by around 400 per cent, while its operating profit (before interest, tax and depreciation) increased by 900 per cent.