Has the debate on microfinance made us forget about the poor? 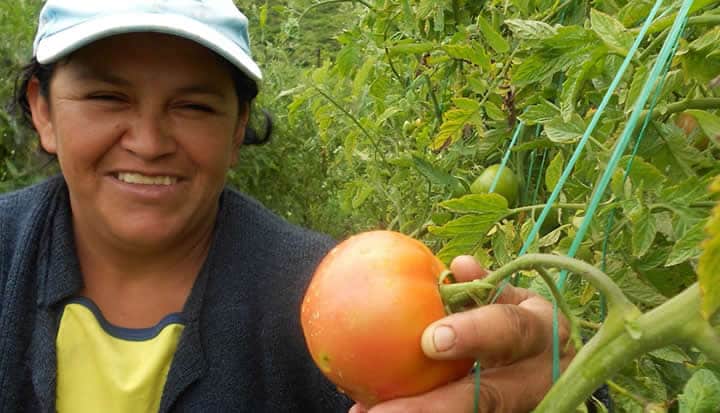 Has the debate on microfinance made us forget about the poor?

The microfinance community can be a confusing and contradictory place. Ever growing and buzzing, it is a community built upon grand ‘for’ and ‘against’ statements, a place that is bursting at the seams with facts and figures and a place, let’s face it, that leaves even the most persistent of ‘truth-seekers’ feeling dizzied and exhausted. Which is why my recent trip to Ecuador provided a much welcomed break and refocussed my attentions on what, or more accurately whom, this is all about: the working poor.

The first microentrepreneur I met in Ecuador, Ines Bacilia Jara Maza, hit home the reality of the work we at lendwithcare are doing in microfinance with a big thud (quite literally a thud since I managed very ungracefully to slip and fall when looking around her farm – in my defence they had just experienced a particularly heavy rainy season!). An independent woman, working and running her own agricultural business while raising seven children, including two with disabilities, Ines epitomised the determined and capable working poor person that Muhammad Yunus has spent the last 30 plus years describing to the world. Ines was using the 3,000 USD recently lent to her by the microfinance organisation Fundacion de Apoyo Comunitario y Social del Ecuador (FACES), her fourth loan, to buy vegetable seeds, to purchase pesticides and fertliser and to cover the cost of transporting her produce to the local market. Small loans enabled Ines to buy these essential items with cash instead of on credit, which is often cheaper, and provided her with a financial stability that is hard to come by in a season-dependent industry like farming. Ines was now able to employ a couple of helpers during particularly busy periods as well as start saving some income for her business’s and family’s future.

Similarly, Carmen Beatriz Guambaria, a 49-year-old market vendor described how she works seven days a week from 6am to 5pm to support her family. Her husband, struggling with an alcohol problem, was no longer in work and the financial reponsibility of their four dependents (two of their own children and two of Carmen’s nieces) lay squarely on Carmen’s shoulders. What struck me about Carmen was the way in which she described her circumstances. Without even the slightest hint of self-pity Carmen instead described with pride and honour how she had set up her business in the market (after selling things on the streets turned out to be an inadequate income-generating activity), how it had expanded and grown over the last few years and rather boastfully, how she was the hardest working woman in the market.

Both Ines and Carmen, only two of the inspirational micro entrepreneurs I met while in Ecuador, were able to send all of the children in their care to school (something that is often subject to a fee and impossible when you need hands to help out at home/at work). They were financially independent and they were making concrete business and personal plans for the future. These were not women forced to live by the day-by-day survival method that can be so obstructive to escaping poverty, but women living their lives one step ahead of poverty. Of course it is very difficult (and in fact unnecessary) to say it was solely access to credit that was enabling this transition from within poverty to outside it, but it was certainly clear that the credit FACES made available to these micro entrepreneurs was a contributing factor to this transition. In fact every single entrepreneur I met said that without credit it would not be possible to run their businesses and as I heard over and over again, particularly from the female entreprenuers I met, without their businesses they would have nothing.

We must not forget that the story of microcredit also involves the organisations and individuals that provide the credit. I have already described in a previous blog the processes by which lendwithcare chooses the ‘right’ microfinance organisation to partner with but, similarly to the individual stories of the micro entrepreneurs, what is often forgotten when talking about microfinance (and specifically microcredit) are the individual loan officers.

On my first day of entreprenuer visits I was introduced to Flor, head of the FACES branch in Malacatos, a small town 40 minutes drive south of the city of Loja. As if straight out of Muhammad Yunus’ Banker to the Poor book, Flor seemed to embody the committed, totally immersed, loan officer Yunus describes as essential to the success of microfinance organisations in vulnerable communities. She could reel off incredible details about her clients and their families (bearing in mind this office alone served hundreds of clients) and she was greeted with smiles and embraces at every home/place of work we visited. I was also glad to be received rather suspiciously by Doris, the branch manager of FACES in north Loja, who was worried that a group of strangers turning up at her clients’ workplaces, asking questions about their lives and businesses would unsettle them and make them nervous. These loan officers seemed to clearly have their clients interests at heart and the relationship between the entrepreneur and loan officer (one I observed closely) reflected this.

While in Ecuador I was reminded that working in microfinance is not about finding a single solution to world poverty but instead recognising that in some places and for some people, microfinance is working. Within the complex and confusing debate on the merits of microfinance (a debate, I agree we should constantly be having) we should not forget that there are good institutions - ones that have a strong social mission and are not driven primarily by making profits that are working with vulnerable individuals in communities around the world and having a positive impact on their lives.