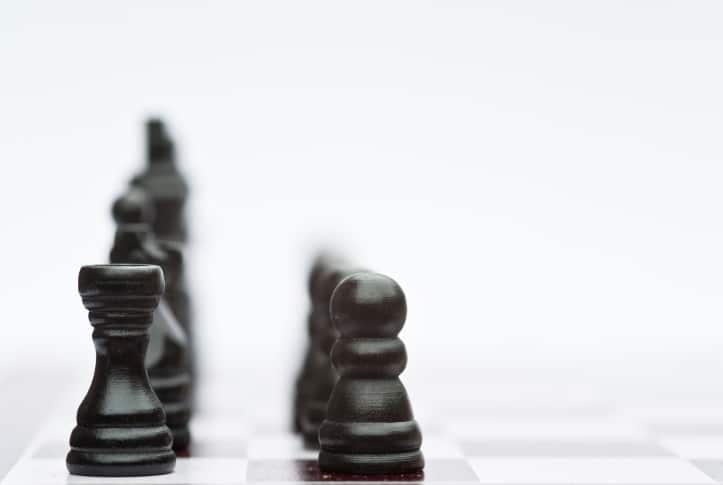 
This year marks the midpoint in one of the most ambitious poverty-elimination efforts ever undertaken – the UN Millennium Development Goals (MDG). In this pivotal year, when the objectives are being reassessed and strategies retooled to achieve these objectives, the biennial World Business and Development Awards (WBDA) in support of the goals, to be unveiled 24 September, will throw ambitious and innovative efforts by business to help meet these targets into the limelight.

As UN Secretary General, Ban Ki Moon, recently said: “The 2015 target date for the MDGs is a goalpost that cannot be moved. To reach that goalpost, we have to take concerted action now … We need to tap into the innovative and bold contributions of all allies and partners, including business, civil society and faith groups.”

Begun in 2000 by the International Chamber of Commerce, the most representative world business organization, the World Business and Development awards have grown in stature and participation with each successive event. In organizing the 5th edition of the awards, ICC is joined by the United Nations Development Programme (UNDP), the International Business Leaders Forum (IBLF), with the generous support from the Business Call to Action, an initiative of the UK Department for International Development (DFID). The winners will be announced in a ceremony at the Millennium Plaza Hotel in New York City on the 24 September.

The day after the WBDA award recipients are announced, the UN Secretary-General will convene a high-level event at UN headquarters – a forum for world leaders to take stock of progress to date, flag gaps, and commit to further resources, initiatives and mechanisms to fill in the gaps. These leaders will be requested to unveil their plans and proposals, as a catalyst for implementation and follow-through.

Members of the private sector and civil society will participate in the high-level meeting as partners, to introduce specific ideas on how to accelerate efforts at achieving these goals. In expectation of an ambitious conclusion to the meeting, Mr Ban recently said: “Together, we must make this year one of unprecedented progress for the poorest of the poor, so that we can realize a better, more prosperous future for all.”

Business and development issues are intertwined. World business has been engaged for some years in fostering business in the developing world as a key strategy in the fight against poverty. We believe that helping people escape poverty by their own means is in the interest of all. Today, virtually all companies are also conscious of the necessity to protect the environment. They care about the impact of their activities on the environment and on people in general and seek to enhance their image.

ICC created the World Business and Development Awards, the first worldwide business awards in support of the MDGs, in order to highlight the role, often little known, that business plays in sustainable development. The awards recognize companies that demonstrate sound practices throughout their core business activities, and highlight inspirational projects that are helping to achieve the Millennium Development Goals.

Recipients get worldwide recognition as leading examples of how business can contribute to the goals, and are profiled in publications and on the official websites of the organizers.

In order to win a project must illustrate the value of links between core business practices and the MDGs. They must promote business-led initiatives to alleviate poverty and further sustainable development. They must raise awareness of the MDGS in the world business community. Lastly, they must promote a compelling business case for engagement by sharing best practices and striking new partnerships.

Companies, institutions, and associations of all types and sizes from around the world are invited to participate. The entries are judged by an eminent international panel of judges. This year’s judges include: Jeffrey Sachs, Director of the Earth Institute; Jane Nelson, Director of the Harvard Kennedy School’s Corporate Responsibility Initiative; Lisa Dreier, Director of Public-Private Partnerships at the World Economic Forum; and Muni Figueres, former Minister for Foreign Trade of Costa Rica, to mention only a few notables.

During the award ceremony, the Business call to Action (BCTA) initiative will be made in support of the MDGs. The BCTA attempts to mobilize the efforts of big business to support growth and in developing countries. CEO’s and Chairmen are invited to sign up to the Businss Call to Action declaration, committing their company to take action through their core business.

This year’s WBDA drew an unprecedented 104 entries from 44 countries, hailing from virtually every region of the world, from among NGOs, local small- and medium-sizeed enterprises, multinational corporations, and large domestic companies.

For an idea about the types of innovative projects that have won awards in the past, one need only look to the 2006 recipients. They represented a wide gamut of solutions to accomplish the MDGs, including low-income housing in Mexico, comprehensive HIV/AIDS treatment in Botswana, venture capital for small businesses in India, and health education in Turkey’s primary schools. Corporate partners involved in the projects included The Merck Company Foundation, The Bill and Melinda Gates Foundation, CEMEX Mexico, GlaxoSmithKline and Tetra Pak.

ICC has had a close working relationship with the UN ever since the UN was founded. ICC’s members are key partners to the UN poverty alleviation efforts and have participated in many joint efforts with the UN to promote trade and investment. Through ICC’s official consultative status with the UN, the world business organization has been involved in ongoing efforts to create a policy and regulatory framework that encourages business to invest, creating jobs and wealth, and to facilitate the spread of best practices. Achieving the Millennium Development Goals is a joint responsibility that both companies and governments need to address urgently through public-private partnerships. Because national economies are now so closely interwoven, government decisions have far stronger international repercussions than in the past. They can’t, however address the global challenges the 21st century alone and need the support of the private sector.

Indeed by mobilizing human and financial resources, companies are a valuable source of progress and innovation. Yet governments have the unique capacity to ensure the legal and political stability that is needed to foster business initiatives. Encouraging public-private partnerships worldwide is an important part of the WBDA mission.

With the help of world business, significant progress can be made to fulfil the MDGS by 2015.

Posted on behalf of the International Chamber of Commerce.