Addressing the Injustice of Extreme Poverty and Inequality is Urgent, and Business Has an Instrumental Role to Play 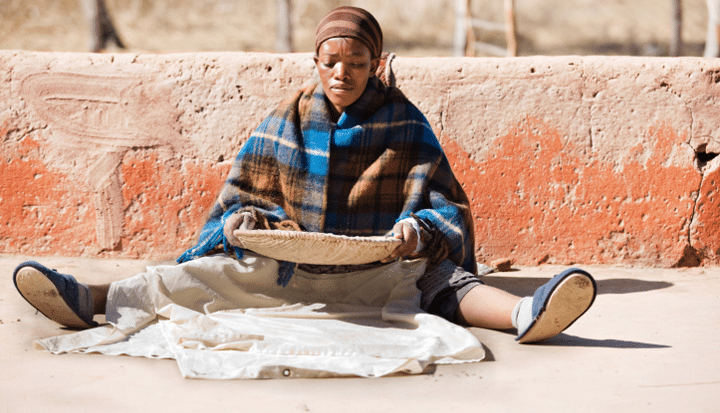 Addressing the Injustice of Extreme Poverty and Inequality is Urgent, and Business Has an Instrumental Role to Play


Next week a series of events, taking place alongside the UN General Assembly in New York, will explore business' contribution to achieving the Millennium Development Goals. The Business Fights Poverty team will be there and will post blogs each day. To kick things off, here is an article by Barbara Stocking, Chief Executive of Oxfam GB. This is from the recent Business Action for Africa publication, "MDGs at the Mid-Point: Accelerating Business-Led Growth and Collective Action". To download the full report, click here

That companies have shown an interest in the MDGs is welcome. Addressing the injustice of extreme poverty and inequality is urgent, and business has an instrumental role to play.

This is especially so given the onslaught of new global challenges the world is facing – including rising food prices and climate change - which combine to threaten and potentially undermine the progress already made, as well as what’s still needed. Business is inextricably linked with these challenges, able either to exacerbate or to relieve them. And will also benefit from progress towards the MDGs, which will strengthen economies, stabilise the business environment, and improve the income, health and education of existing and potential customers, suppliers and employees.

One of the most obvious and important contributions that business can make to meeting the MDGs is to drive growth by creating new jobs and other income-generating opportunities. Where these jobs are provided on fair terms with decent working conditions, they can bring benefits beyond the obvious economic dimension of a wage or income. This is particularly true for women who tend to gain bargaining power within the family commensurate with the control they have over their income. There may also be indirect benefits supporting the achievement of MDG targets relating to health and education. For example, women workers tend to spend a higher proportion of their income on education and health care, enhancing the welfare and future outlook of their families.

However, business activities can also thrive upon or exacerbate poverty and inequality. Retailers seeking fast turnaround times, cheaper unit costs, and greater flexibility can be largely dependent on workers who are forced to accept low-paid, precarious jobs, characterised by short-term casual contracts with little or no labour protection. If smallholder farmers or small-scale business are integrated in a company’s value-chain but the value is captured disproportionately, rather than distributed equitably, there may be a positive contribution to economic growth, but little or no positive impact on poverty reduction.

Overall, the greatest contribution to meeting the MDGs that business can make is to act responsibly and consistently throughout their entire operations. Forward-looking businesses will also support governments in implementing a business regulatory framework that ensures respect for human rights, protection of the environment – including what’s needed to tackling the impacts of climate change - and poverty reduction, in order to create a level playing field and encourage good practice and innovation.

Taking on the MDGs challenge is a serious commitment. Businesses that are up for that challenge have huge potential to impact on making the 2015 target a reality.

This article is based on ‘Business and the Millennium Development Goals. Your Call to Action’, Briefings for Business, Oxfam GB, May 2008. Barbara Stocking is Chief Executive, Oxfam GB

Barbara StockingWikipedia: Dame Barbara Mary Stocking, Mrs. MacInnes, DBE is Vice Chair of the Steering Committee for Humanitarian Response and previous Chief Executive of Oxfam GB. She joined the latter in 2001 and led the charity for nearly 12 years, stepping down in February 2013. In March 2013, she was elected as the fifth President of Murray Edwards College, Cambridge and has officially commence her role in July 2013. →