GravityLight: Designing for the BoP 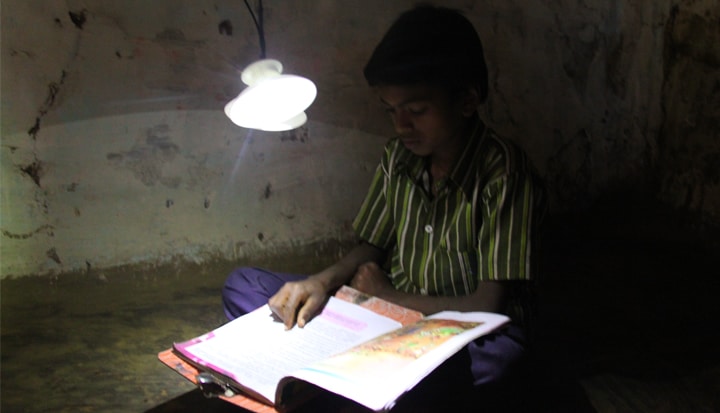 GravityLight: Designing for the BoP


Globally, 1.3 billion people do not have access to electricity. Millions more are ‘under-electrified’, with unreliable and sporadic supply. Instead they typically rely on kerosene for lighting. Hazardous, expensive and polluting, there is a real need to replace kerosene with a safer, sustainable and affordable light.

GravityLight was born from a challenge by SolarAid to create a ‘ruthlessly affordable’ solar light, costing below $6.

Rather than downgrading materials and lowering quality to meet this target price, designers Martin Riddiford and Jim Reeves quickly realized the need to look beyond solar and battery power to reach such a low price

They started from the users’ perspective, taking a different approach to benchmarking the amount of power and light needed, asking “is it better than a kerosene lamp?” This led them to explore what much lower levels of power could deliver.

In this way, Martin and Jim created a device that generates light from gravity, with no batteries or solar panels, which are the bulk of the cost of solar lights. This enables GravityLight to be used anytime, repeatedly, without needing to be charged in the sun nor reliant on battery capacity and lifespan.

GravityLight then needed to prove it’s concept and to gather the feedback and input from households that currently use kerosene lamps. To fund a field trial of GravityLight, the team looked to crowdfund on Indiegogo. The campaign received an incredible response, enabling GravityLight’s design to be further improved, strings of SatLights to be developed, and the concept to be trialled with hundreds of households at the BoP, in a range of environments.

These field trials have not just provided ‘proof of concept’ but also a wealth of feedback into how families used GravityLight, whether it would replace a kerosene lamp and if they would buy one. It was incredibly rewarding to hear that, within days, users noted saving money, health benefits, and a range of activities, from studying to socialising, were enabled by GravityLight’s clean and unlimited light.

‘As our family has limited income, spending about $2 in a week on kerosene, the cost is too much. Kerosene also caused a lot of problems in health and damaged our interior of the rooms. As GravityLight has no running cost, it is really joyful. My son is using SatLights for reading, he liked it very much.’

“55 year old Lakshmi lives with her two grandchildren in her house. Her son and his wife are working as daily wage labourers in the city, leaving behind their children under her care. Lakshmi works as a daily wage farm worker too.

The light has really helped her grandson Ganeshan to study in the house, which is dark even during daytime. The boy, who is good in studies, is spending more time in his studies now. He also finds it easier as studying under a kerosene lamp used to strain his eyes and also make them watery.”

This diagram from IDEO's Human-Centred-Design Toolkit neatly illustrates what the user trials were designed to test: GravityLight's desirability, feasibility and viability. It was equally valuable to hear about how GravityLight could be to further improved, invaluable insights for the R&D journey ahead in order to reach a GravityLight that’s ready to launch on mass scale.

To increase GravityLight’s desirability, developments to make it even easier to use are underway. A focus on elegant design will continue to be integral for award winning designers, Jim and Martin.

To improve its financial viability, GravityLight continues to eliminate unnecessary costs at both design and assembly stage to reach the right balance between affordability and reliability. As Paul Polak and Mal Warwick emphasise in The Business Solution to Poverty, customers at the BoP cannot afford to buy ‘cheap’ products that fail to meet their needs.

To ensure its feasibility as a replacement to kerosene lamps, ways to increase GravityLight’s brightness and duration are being developed. Partnerships with local organisations will also be invaluable in the feasibility of the distribution model; agents able to reach, effectively market and provide after-sales service to those households seeking a reliable alternative to kerosene lamps.

The next 6 months will be dedicated to developing and testing these improvements, building partnerships with local distribution networks and raising the necessary funds for GravityLight to launch at scale in 2015.

It’s been an incredible journey so far. No doubt there are many challenges and iterations ahead but GravityLight’s potential impact far outweigh these.

Please do get in touch if you or your organisation are interested in being part of GravityLight’s story, whether as distribution partners, funders, or to work in collaboration to help eliminate kerosene lamps.

One response to “GravityLight: Designing for the BoP”