Good Nutrition Should Be Everybody’s Business 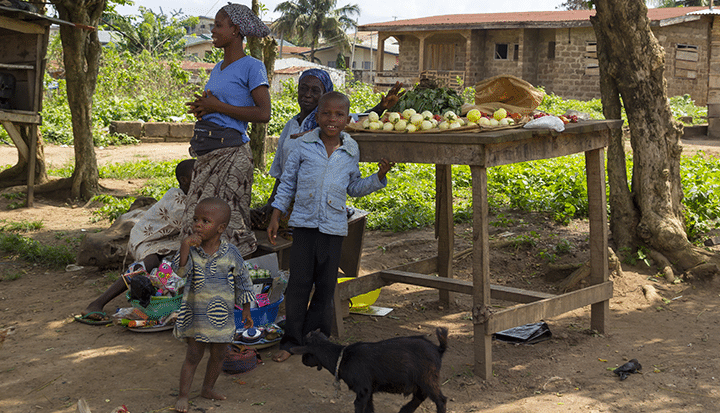 Good nutrition should be everybody’s business. That was the message that was echoed through the side meetings during the 72nd United Nations General Assembly. At the inaugural ‘Goalkeepers’ event, hosted by Bill and Melinda Gates in New York during UNGA week, the challenge was extended to us all to track...


Good nutrition should be everybody’s business. That was the message that was echoed through the side meetings during the 72nd United Nations General Assembly. At the inaugural ‘Goalkeepers’ event, hosted by Bill and Melinda Gates in New York during UNGA week, the challenge was extended to us all to track the progress we have made in the two years since 193 member states adopted the Sustainable Development Goals. As part of tracking that progress four ‘accelerators’ were announced. These are organisations that are encouraging new partnerships and collaboration that will enable us to reach the sustainable development goals. The Power of Nutrition is thrilled to have been chosen as one of the inaugural accelerators.

Bill Gates famously said that nutrition is the biggest missed opportunity in global health. And he is right. Undernutrition is one of the biggest killers of children in the world today – causing nearly half of childhood deaths. Even those who survive are destined for a life deprived of opportunity. Stunted children have stunted brains that limit their potential. It is a brutal social injustice. And a stunted workforce creates a stunted economy, cutting GDP by as much as 11%. Simply put, better nutrition in the first 1,000 days of a child’s life can change their future. And their countries future. Studies have shown a return of as much as $16 for every $1 spent. This is one of the most cost-effective interventions in development still, only 1% of overseas aid is invested in this critical area.

The Power of Nutrition is an innovative fund set up address this missed opportunity in global health. Founded by the Children’s Investment Fund Foundation, the UK’s Department for International Development, the UBS Optimus Foundation, UNICEF and the World Bank, every dollar invested in The Power of Nutrition is multiplied at least four times, guaranteed, and invested in high impact nutrition programming. We work with governments, philanthropies, individuals and importantly, the private sector, to accelerate the fight against undernutrition.

Since we were founded just two years ago The Power of Nutrition has invested, alongside our donors and partners $100 million in nutrition programmes in Liberia, Tanzania and Ethiopia. At the Goalkeepers event we announced a commitment to invest up to $250 million in new investments to build a better future for children in four countries: Madagascar, Benin, Cote d’Ivoire and India. Our goal is to reach a total of $1billion invested in high impact nutrition programmes and 8 million children reached worldwide by 2022.

The Power of Nutrition is committed to accelerating progress on nutrition. Collaboration, funding and partnership at scale are key to this success – crucially with partners in the private sector in order to realise lasting change on nutrition. Improved nutrition for the countries with the highest burden turns poverty, inequality and lack of financial access into new market opportunities for progressive, agile, and profit-oriented companies. It is incumbent on all of us to make the case for business to invest in nutrition, a tremendous new growth strategy for the world economy.