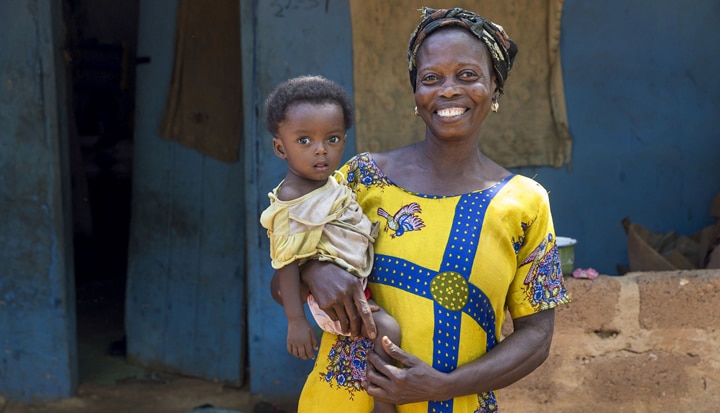 
When the calendar turned to 1 January, who could have imagined 2014 would be quite such a tumultuous year for global health. The outbreak of Ebola virus, which emerged in February this year, continues to rage across West Africa and has killed more than 6,000 people. No one yet knows when it will end, but it’s clear it will leave a devastating legacy in affected communities.

So it’s right that as we enter 2015, Ebola remains at the front of our minds. It’s a reminder of why the focus on health, sanitation and education is essential. It’s equally important not to overlook the huge progress that has been made during 2014 to improve the health and prospects of people living in the world’s poorer countries. When it comes to infectious diseases like HIV and malaria, the global health community is making massive inroads; but these gains are fragile and we must keep up the momentum.

Last week, I saw a fantastic article by Bill Gates, wrapping up his five best global health stories of 2014. There were some brilliant statistics in there, including the fact that more children than ever are now reaching their fifth birthday: in 2014, child mortality fell for at least the 42nd year in a row.

Inspired by his rundown, here are my three global health highlights:

Bright ideas, when it comes to new medicines, vaccines or ways of working, were a real highlight for me. This year, we have seen some great examples of collaborative innovation. Monash University joined a collaboration to help accelerate development of an inhaled form of oxytocin to manage bleeding after childbirth in developing countries, which is a major cause of death among new mums. An innovative, low-cost device, developed by a US institute and a hospital in Malawi that helps newborns with breathing difficulties, is being rolled out across three new countries.

In response to the Ebola outbreak, organisations have had to pull together in an unprecedented way. There is currently no vaccine or treatment for the virus. But with a consortium of other organisations, GSK is working to accelerate development of its Ebola vaccine candidate. Multiple partners are running Phase 1 clinical trials in parallel, helping generate important safety and efficacy data faster. The support of different partners means the process is much more advanced than could have been imagined at the beginning of 2014.

It’s true that health systems in developing countries remain fragile – as the Ebola outbreak cruelly illustrates, trained frontline workers are critical but there are simply not enough of them. The World Health Organization estimates that the global health worker shortage stands at around 7.2 million.

Significant efforts are being made however to swell the ranks of health workers. Business, government and civil society are all playing their part because strong health systems help people to live healthier, productive lives and contribute to the prosperity of their communities. Amref Health Africa currently has more than 5,000 midwives in training and we are also seeing creative ways of supporting health workers – with mobile phones increasingly used to help frontline staff access information and training on the go.

During 2015, it would be great to see more organisations thinking about how they can invest in sustainable health systems. Could other businesses consider reinvesting some of their profits from least developed countries back into training frontline health workers in those areas?

Keeping Up the Momentum

Huge strides continue to be made against illnesses like malaria. Just this month, the World Health Organization’s annual World Malaria Report revealed that since 2000, deaths from this mosquito-borne disease have almost halved. The number of people infected fell from 173 million in 2000 to 128 million in 2013.

With the funding, resources and scale of the global heath community trained on malaria, increasing use of bed nets, anti-malarial treatments and access to diagnostic testing have all helped to push the disease back. But malaria still claims more than 500,000 lives every year, mostly young children in Africa. If we are to defeat the disease, we need to keep up the fight on all fronts – from supporting health workers to developing new treatments and potentially the world’s first vaccine against malaria.

Significant progress is being made against other diseases that disproportionately affect poorer countries. The London Declaration put the weight of pharmaceutical companies, private foundations, donations and other organisations behind a new push to reduce the global burden of neglected tropical diseases. In April, two years after the partnership’s launch, a report suggested that we are beginning to take ‘neglect’ out of NTDs. Pharmaceutical companies have been meeting 100% of requests for drugs and endemic countries are taking ownership of NTD programmes.

This proves the power of partnership. Collectively, we can make a tangible difference to people’s health and prospects – wherever they are in the world. Let’s keep that up in the New Year.