Global Development Award: Could you be the next winner? 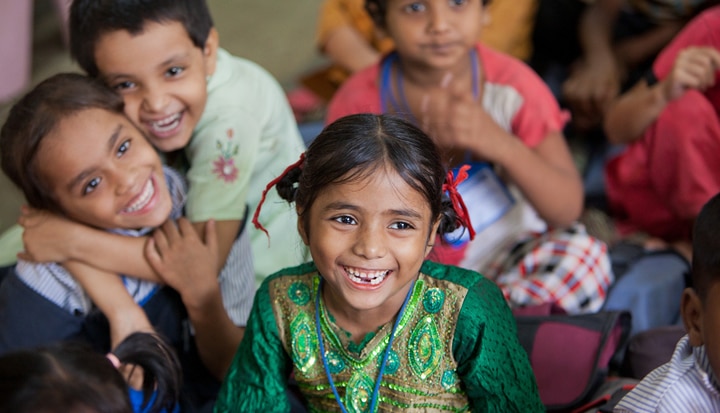 Photo: GSK. GlaxoSmithKline was last year's winner, with its commitment to reinvest 20% of it's profits in least developed countries to develop health infrastructure through training frontline health workers

Global Development Award: Could you be the next winner?

Vicky Dodman, Business in the Community

Vicky Dodman, Business in the Community

With the Millennium Development Goals (MDGs) culminating at the end of 2015, the race is now on to achieve the targets with demonstrable impact.

At Business in the Community, through the Unilever Global Development Award supported by Business Fights Poverty, we recognise businesses that can demonstrate positive impact against one or more of the United Nations Millennium Development Goals.

Keith Weed, the Chief Marketing and Communications Officer at Unilever is looking forward to seeing what businesses have been up to. "For the second year running, Unilever is proud to sponsor BITC’s Global Development Award. Inspired by the extremely high calibre of entries last year, we are excited to see the programmes put forward by this year’s entrants" he said.

"The Global Development Award recognises those companies that are demonstrating a positive impact on the global challenges facing our society. Just as the Unilever Sustainable Living Plan spans all countries and all brands, the global view taken by the Development Award is vital to achieving the truly transformative change that our society needs to provide a bright future for all."

During the last few years we have had some incredible winners:

Under this initiative, GSK currently runs 41 programmes in 34 countries. These are delivered through a unique, collaborative partnership with three non-governmental organisations, Save the Children, AMREF and CARE International, who in turn work closely with local NGO partners and country Ministries of Health.

The mechanism for funding these programmes is GSK’s commitment to reinvest 20% of profits generated each year in LDCs back into those countries via the NGO partners.

Since 2009 GSK has reinvested a total of £15m into supporting healthcare infrastructure This has helped to train 25,000 health workers, and reach 6.5 million people.

The 20% reinvestment initiative is an integral part of GSK’s business and is a sustainable model to help improve healthcare infrastructure.

This investment helps to strengthen the healthcare system in countries in which the company currently operates, as well as providing a platform on which to operate in the future.

GSK found winning this award really valuable in terms of increasing the profile of our 20% reinvestment initiative. Not only did it bring well deserved recognition for everyone involved in running the programmes (GSK and partners), but it also brings increased credibility to the initiative.

GSK are committed to continuing the initiative for the next five years and are seeking to expand their reach to emerging markets such as Kenya and Nigeria. GSK is also using its success to convince other businesses to adopt similar initiatives to improve healthcare worldwide.

GSK have also funded an additional £300,000 to support training and equip health workers in Ebola-affected countries (Guinea, Liberia and Sierra Leone), this is in addition to our 20% reinvestment funding in these countries.

Grameen Caledonian College of Nursing (GCCN) is a partnership between Glasgow Caledonian University (GCU) and the Grameen Healthcare Trust. The seeds of GCCN were sown in 2009 when Professor Muhammad Yunus, now GCU’s Chancellor, and GCU’s Principal and Vice-Chancellor Professor Pamela Gillies CBE discussed how they could work together to improve healthcare in Bangladesh.

By early 2010, the College was welcoming its first 38 students. Today the college has 150 students and almost 40 members of staff and is transforming healthcare and the lives of young women across Bangladesh.

GCCN’s impact on healthcare and education was recognised in July 2014 at Business in the Community’s Responsible Business Awards, where GCU became the first university to win this prestigious award.

Since winning the Award, GCCN has welcomed students from GCU on study trips to share their skills in a range of disciplines with the Dhaka College’s students and in some of Bangladesh’s most remote clinics. Nearly 50 GCCN scholars are to celebrate their graduations this year, and two students have joined GCU with scholarships.

The Body Shop launched Community Fair Trade in 1987. It is their commitment to trading fairly with thier suppliers. They seek out small-scale farmers, traditional artisans and rural co-operatives that are experts in their fields. In exchange we offer good trading practices and independence-building prices.

Today, this programme gives The Body Shop some of the world’s finest ingredients and accessories, and brings real benefits to over 300,000 people.

Mark Davis, International Sourcing Director at The Body Shop understands the value of this prestigous award. "We are extremely proud and honoured that our Community Fair Trade programme has be re-accredited for this prestigious award for another year" he said.

Since winning the award in 2013 The Body Shop has introduced its 26th supplier to the initiative, Targanine. This network of cooperatives is made up of women from the Moroccan Berber community and supplies The Body Shop with argan oil for its products.

A cornerstone of Citi’s long-standing commitment to expand financial inclusion has been its successful partnership with the Overseas Private Investment Corporation (OPIC) to provide local currency funding to microfinance institutions around the world.

Under this partnership launched in 2006, Citi with OPIC support has funded 42 microfinance institutions in 22 countries, directly reaching more than a million local micro-entrepreneurs through small loans, approximately 91% of whom are women.

The BITC International Award received in 2012, and reaccredited in 2013 and 2014, provided significant external but also internal recognition of this partnership.

To further expand the impact of the partnership Citi and OPIC have announced a new Global Inclusive Finance Framework that will finance not only microfinance institutions, but also inclusive businesses and the supply and distribution chains of Citi clients around the world.

This blog first appeared on the Business in the Community blog, and is reproduced with permission