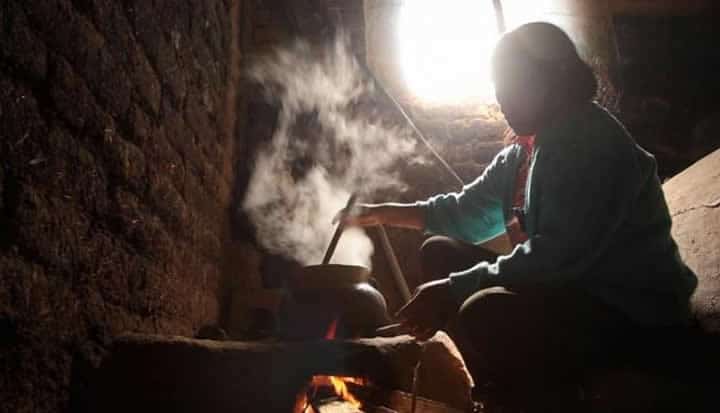 
Exposure to smoke from traditional cookstoves and open fires – the primary means of cooking and heating for nearly three billion people in the developing world – causes 1.9 million premature deaths annually. According to the World Health Organisation, almost all of these deaths are linked to lung health issues, with slightly more than half as a result of COPD, slightly under half from pneumonia – and a relatively small amount from lung cancer[1].

Despite these figures, the effects of exposure to harmful cookstove smoke have historically received limited funding and research attention when compared to other risk factors (e.g., lack of clean water, sanitation, and hygiene) or diseases (e.g., malaria) that lead to similar levels of disease.

That is now beginning to change, in large part due to the formation of the Global Alliance for Clean Cookstoves, a new public-private initiative to save lives, improve livelihoods, empower women, and combat climate change by creating a thriving global market for clean and efficient household cooking solutions.

The Alliance’s ‘100 by 20’ goal calls for 100 million homes to adopt clean and efficient stoves and fuels by 2020, toward a long-term vision of universal adoption of clean and efficient cooking solutions. The Alliance, launched last September by U.S. Secretary of State Hillary Clinton, is working with other leading non-profit organizations, foundations, academic institutions, corporate leaders, governments, and UN agencies to help overcome the market barriers that currently impede the production, deployment, and use of clean cookstoves in the developing world.

The use of efficient cookstoves can dramatically reduce fuel consumption and exposure to harmful cookstove smoke. Typically, cookstoves in developing country markets cost from a few dollars to $100, with the higher-performing stoves (95% reduction in emissions) generally costing more than those that provide important, but lower benefits (40-50% reduction in emissions). Recent scientific evidence confirms that the greater the emissions reductions, the greater the health benefits.

More efficient stoves also reduce the time people (usually women and girls) have to spend collecting fuel. In cases where fuel is purchased, the cost of an efficient cookstove can be covered by the savings in fuel within a few months. Cleaner stoves may last for several years, allowing the accumulated fuel savings to be spent on a range of livelihood-enhancing activities (e.g., income producing enterprises for women, medicine, and school attendance for children).

The reductions in emissions achieved by clean cookstoves can also create revenues from carbon credits. More broadly, the entire clean cookstove supply-chain should be a source of economic opportunity and job creation.

One of the Alliance’s main objectives is to better illustrate the positive health benefits of clean cookstoves - including reductions in the many lung health-related illnesses. The evidence base linking harmful kitchen smoke to lung health issues has improved dramatically in recent years but evidence proving the positive health benefits from use of a clean cookstove in a home remains weak. Put another way, the dose-response curve has not been fully proven. Currently, the clean cook stove world only has patchy knowledge about whether a stove that contributes to reducing overall exposure to harmful smoke by, say, 50% will prevent COPD or reduce COPD exacerbations by 10%, 40% or 90%. The same goes for virtually all the other lung health issues linked to kitchen smoke.

The Alliance received a major boost when the U.S. Government committed just over $53m to the study of cookstoves and indoor smoke – including $24m for medical research from the National Institute of Health (NIH).

The other promising development is the Alliance’s unprecedented efforts to convene 400 global experts working to promote clean cookstoves, including many leading health experts. The aim is to identify all the activities that are required (including their order of priority, what they will cost and how long they will take) to create a thriving global cookstove sector with the ability to sell tens of millions of stoves a year. Nine initial working groups have been established, each covering an area of importance to the stove sector, such as standards, finance, and climate . The ‘Health Working Group’ includes global experts on most of the lung health illnesses linked to cookstove smoke. Working with their health peers, their role will be to identify – and prioritize - the research required to illustrate the positive impact clean cookstoves can have on lung health.

It is still early days for the Alliance – and for delivering breakthroughs in medical research. But when the breakthroughs arrive they will play a vital role in attracting more much-needed resources – both financial and non-financial – to the sector. This in turn will deliver major reductions in global illness and death.

One response to “Global Alliance for Clean Cookstoves”