Gender Equity and Social Inclusion Needs to Start at Home 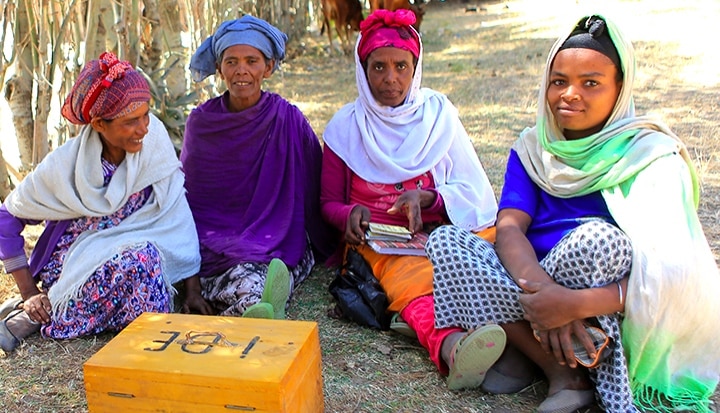 Before promoting women’s empowerment abroad, NGOs should ensure that their own staff and operations reflect gender development goals through awareness training, affirmative hiring practices, and demonstrated leadership as well as implementing practical solutions in the workplace like childcare assistance, flexible schedules, and remote work options.

This is the backdrop to the context of how we work with gender at the non-profit where I work. Despite this negative backdrop, at iDE we don’t view women, and other marginalized populations, as vulnerable populations to be served, but as potential change agents. Our design, measurement, and results are shaped to uphold our belief that “Entrepreneurs are everywhere.”

Starting with our own staff

But more than just our programming, iDE applies this same principle to our own staff. We know that our greatest agents of change and innovation are likely to come from traditionally underrepresented populations. Below are some interesting examples of how that’s starting to happen within iDE.

Our Ethiopia program is organizing a gender strategy to improve both organizational development and programmatic reform. This includes objectives like conducting an internal gender audit and setting aside time in staff meetings to discuss a thought-provoking article. In the Cambodia office, activities have ranged from more “traditional” approaches like developing gender training courses and expanding recruitment channels to more disruptive provocations like hosting over 12 cinema nights where stimulating movies (like Brokeback Mountain) are the launching point for conversations. In Ghana and elsewhere, caregivers are no longer left behind as iDE funds or helps to fund childcare arrangements when work demands long travel. Every quarter our Bangladesh team invites exceptional female leaders from civil society and the private sector for brown bag sessions, bringing fresh perspectives into the workplace and often fostering new mentor relationships.

All of this work is supported by a headquarters full of individuals committed to equity as evident from their work on hosting a gender hackathon, refreshing global policy on gender, and holding space for workshops on intersectional identity at annual meetings, to name a few examples. We have leadership that pushed for equal maternity and paternity leave for all new parents and offers flexible schedules and remote work options to accommodate working families and differently-abled individuals.

Many of these projects and initiatives have happened outside of everyone’s “day jobs.” But people engage in them because, as a group, we believe that—with our internal capacities in human-centered design, innovation/risk-taking, and pragmatism—we can play a leadership role in the ongoing conversation about how the non-profit sector can become more representative, more diverse, and more impactful.

Championing equity and representation isn't a revolutionary idea. In fact these days it's becoming routinized to the point of being the next trendy buzzword in organizational development. So why should we bother? Aren't we already on track? iDE bothers because saying the words and living out the truth that dignity and prosperity are a right for all are different things. The people I meet through my work are not problems to be solved or tragedies to be written off, but rather are whole dynamic individuals with a point of view to be shared and goals to accomplish. Personally, I have committed to helping iDE create a shared understanding, definitions, and goals for diversity, equity, and inclusion, and to interrogate how those influence our work.

I care because my privilege—as a white American woman—means I must care and act on it.

Farming is a Business with a Role for Women (Cambodia)