Gender Equality: Closing the Gap in the Private Sector Around the World 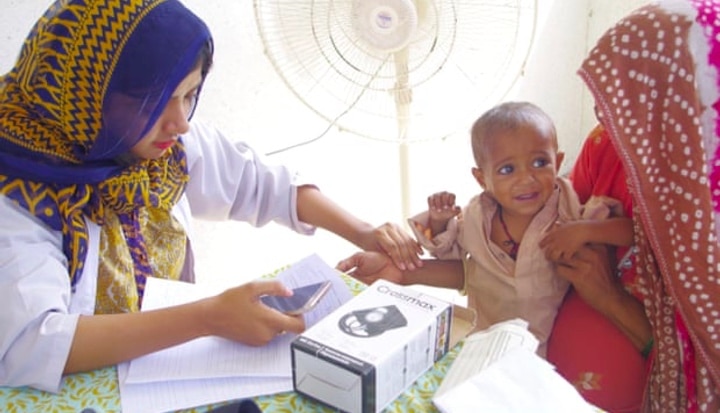 Investing in women has several business benefits – from financial performance to innovation. And companies have made a significant progress on equality in recent years. But are we doing enough to empower women while building business value globally?

Click here for more stories about
Women
Tuesday May 7 2019


Let’s be honest, in the world of development, the private sector has not always been our partner of choice in the race to achieve gender equality. There has been a perception that business actions in this area are merely front-line measures or meagre efforts that simply impose quotas on boards of directors. These assumptions are today less and less accurate. Indeed, the private sector is increasingly interested in this issue because it makes business sense, and the time has come for governments and donors to move closer to the private sector in order to enhance their impact on gender equality and women’s empowerment.

Women participate in all aspects of the economic world. For the private sector, investing in women brings several benefits such as risk reduction, supply chain stability, financial performance and innovation. One in three private sector leaders reported that profits increased as a result of efforts to empower women in emerging markets.

Today, companies are taking concrete steps to empower women, contributing to closing the gender gap while building business value. Take Mahindra Home Finance, a financial institution that provides cost-effective and flexible home loans tailored to low-income earners in India. India – a country still struggling with serious gender imbalance – could increase its GDP by 27% with equal participation of women in the workforce.

Mahindra has always been a customer-focused company, abiding by the motto: “doing well by doing good”. This includes consistently measuring and managing their impact to ensure their initiatives are having the desired effect in the communities where they work. It did not take long for Mahindra to realise that a joint spouse decision about whether to take on a loan – rather than a one-sided decision from the husband – had long-term benefits. With both wife and husband as co-applicants, the responsibility to repay the loan is shared, serving as a risk mitigation measure. It also helped to break down outdated cultural perceptions that women were not decision makers in domestic financial affairs. From a business point of view, a loan does well if both key members of a household are equal owners. Based on this evidence, Mahindra became one of the first financial institutions to make it mandatory for all loans to be co-signed by both spouses.

Mahindra’s policy change was later adopted by an Indian government scheme. Such policy decrees are practical and important, not only because they increase the rate of repayment of the liability, but also because when gender-equal practices such as these are supported by regulations, they result in a more widespread uptake. As gender inequality in India persists against the backdrop of economic growth, policy initiatives such as this one are increasingly needed to empower women.

When you look, you can find a plethora of successful examples of inclusive businesses such as Mahindra working to close the gender gap. Our recent Business Call to Action (BCtA) report lists seven areas of action that have potential for significant long-term economic benefits for both businesses and the global economy. These seven areas provide opportunities for any inclusive business (IB), regardless of their industry, and are accompanied by concrete examples from BCtA member companies.

At BCtA, gender equality and women’s empowerment are at the core of our efforts to realise the sustainable development goals (SDG). To help inclusive businesses do their part in achieving SDG 5 (gender equality and empowerment for women), we have been strengthening our impact measurement and management approach, which feeds into a growing body of evidence for companies globally. Starting by encouraging businesses to actively reflect on their gender impact, we are working closely with our members to identify key indicators and strengthen their collection and use of gender data.

Looking forward, more research remains to be done on understanding the position of women at the bottom of the economic pyramid (BoP), the barriers they face daily, their most pressing needs and aspirations, as well as the greatest opportunities for them. The digital era has opened new windows of opportunity for inclusive businesses to contribute more significantly to gender equality. Building on the digital revolution, the fourth industrial revolution could improve female participation in economic life and enhance the economic and social autonomy of women in several ways.

We’ve come a long way in our journey to a gender equal world, but a lot more needs to be done. In April, we joined the United Nations Development Programme (UNDP), UN Women and other leading organisations at the Tunis Forum on Gender Equality. Two BCtA companies, Sehat Kahani and BigChefs, who are leading the way in empowering women through their value chains, shared their experiences at the forum. Pakistan-based Sehat Kahani uses telemedicine to link female healthcare providers with female patients in underserved communities, while Big Chefs, a popular Turkish restaurant chain, has committed to ensuring that at least half of all its suppliers are women. Both are truly inspiring businesses.

By imparting the voices of private sector champions of inclusive businesses and women’s empowerment as well as the women beneficiaries whom these inclusive business models are created to empower, and actively engaging with key actors from around the world, we can further advance SDG 5. At BCtA, we work collectively to increase awareness, evidence and action, and build more quality partnerships with BoP women on the development of products and services that truly meet their needs. With the right support, women living at the BoP can achieve their dreams of a better future for themselves and their families.

This article was previously featured in The Guardian and is reproduced with permission.