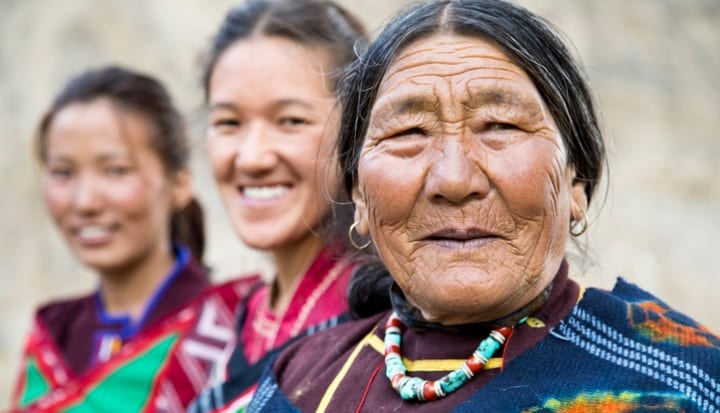 Violence against women, in all its forms, is about the abuse of power as an expression of entitlement that underpins patriarchy. A new book Tourism and Gender-based Violence: Challenging Inequalities draws attention to the ways in which tourism may perpetuate gender inequality in its most exaggerated form.


Although the study of gender as a pertinent issue within tourism and hospitality has been on the agenda for 30 years, women continue to face injustice. Women make up between 60 and 70% of the labour force internationally (Baum, 2013), but are far more likely than men to be found in lower-paid, unskilled jobs. Women face discrimination, occupational segregation, are undervalued, stereotyped and not promoted, given less training than men and struggle more with work–life balance (Wong and Ko, 2009). They tend to have unskilled or semi-skilled work in the most vulnerable jobs, where they are more likely to experience poor working conditions, inequality of opportunity and treatment, violence, exploitation, stress and sexual harassment (Baum, 2013).

Violence against women, in all its forms, is about the abuse of power as an expression of entitlement that underpins patriarchy. Tourism provides a space for it to happen. Organisations such as the UN World Tourism Organisation, are keen to identify the potential of tourism to empower women and advance gender equality, but these frequently expounded assumptions are critiqued (Cole 2018). A new book Tourism and Gender-based Violence: Challenging Inequalities draws attention to the ways in which tourism may perpetuate gender inequality in its most exaggerated form (Vizcaino et al 2020).

By exposing specifically tourism related causes, the authors expose a continuum of overt forms of GBV from micro-aggressions and harassment through to rape, trafficking and femicide; and covert forms including the economic, constraints and restrictions, to the silencing of women, in both the consumption and production of tourism. The industry structure is riddled with power inequalities that create a sense of powerlessness and susceptibility to sexual, physical and emotional abuse. This is underscored by the prevalence of alcohol and drug consumption; night-time operations; and the erotic, liminal spaces of hotels. As ‘the customer is king’, tourism employees put up with abuse as part of their job, or violence against women employees is covered up. This is not helped either by extremely low unionisation rates in many countries and that front line staff are often required to dress in a sexualised way leading to objectification and the legitimization of violence against them. The tourism industry frequently employs women who are vulnerable to work-place harassment: young people, migrants and ethnic minorities.

Harvey Weinstein and Dominique Strauss-Kahn, were notorious cases that revealed that hotel rooms can be dangerous places for women. Although workers are more commonly the objects of abuse, assaults are also conducted by hotel workers. Due to the fragmented and diverse nature of the hotel industry, and facilitated by technology and automated operations, hotels and motels can be environments for the sexual exploitation of trafficked victims.

Heather Jeffrey, co-author of Tourism and Gender Based Violence, throws light on the experience: Aged 17, she worked as a general dog’s body in a hotel that cost more for one night than her weekly salary. “When my boss visited my room and told me he would pay for my haircut if I ‘helped him out’, I didn’t know what to do. Well, that’s not exactly true, I knew I wouldn’t take the haircut! I tried to tell some of the chefs, only one believed me. He was in his 60s, a little old man, their boss, the owner of the hotel, why would they believe my 17-year-old self?

I can’t convey the emotions I felt – scared of where I could go, ashamed that people didn’t believe me. Yet, now all I feel is anger, I am angry at our world, the one that allows this to happen.”

Other women are also speaking out. Las Kellys is an example. It’s a Facebook group of housemaids that began in Spain in 2016 and has started making changes. It is now being heard and has an action plan against exploitation in hotels, re-employment of dismissed staff, and won a tourism award.

However, this is but one part of creating solutions: the social structures that stigmatise victims of sexual violence and marginalise their voices are entrenched. The answer must be more than the ability to report sexism. They must be acted upon and should not be left to the criminal and justice systems alone for solutions.

Equality in Tourism’s Sun, Sand and Ceiling’s report exposed how little improvement in the gender imbalance has taken place in the make-up of tourism company boards. This gender disparity extends through senior management and leadership. There is a need for workplace training to go beyond unconscious bias to mandatory gender justice training.

Equality in Tourism advocates that employers should adopt codes of practice to deal with customer and staff sexual harassment and establish clear reporting procedures. Online travel companies and platforms could compel travel businesses/ hosts listed on their sites to follow an ethical code of conduct to combat GBV.

GBV is an extension of this power imbalance. Without change at the top, workplace culture will not change. Employers need to act.

Equality in Tourism is an organization dedicated to ensuring women always have a voice in global tourism.