Food Processing as the Missing Link in Africa's Value Chains 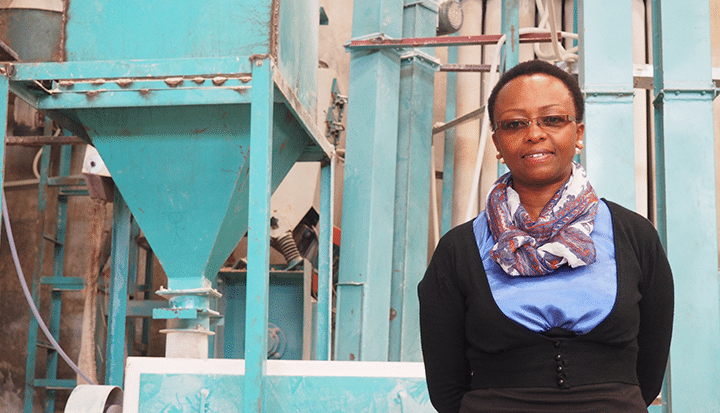 In 1998, Pauline Kamau started her maize-milling business with a few machines in her mother-in-law’s basement in Kenya. Soon, the business grew to fill a small factory. She hoped to supply her community with high-quality maize flour, which is the local staple food, but demand outstripped her production capacity.


In 1998, Pauline Kamau started her maize-milling business with a few machines in her mother-in-law’s basement in Kenya. Soon, the business grew to fill a small factory. She hoped to supply her community with high-quality maize flour, which is the local staple food, but demand outstripped her production capacity: “It was a good problem when we ran out,” she said.

The Missing Link in African Agriculture

What Pauline witnessed is emblematic of a larger trend. As populations grow across sub-Saharan Africa, particularly in cities, demand for packaged and processed food is exploding. According to one estimate, 50 percent of the food purchased in southern and eastern Africa will be processed by the year 2040 (up from 36 percent today)[1]. This shift is linked both to the growth of urban populations and changes in rural demand for processed food. As a Feed the Future research brief recently reported, “The primacy of urban demand, combined with increasing dependence of rural people on markets for their food, mean that connecting rural farmers with urban demand is now central to reducing rural poverty and ensuring rural food security.”[2]

But domestic production is not keeping up. The region imports nearly $50 billion of food each year[3], despite having one-fifth[4] of the world’s farmland and 60 percent of the globe’s uncultivated arable land. Farmers sell their crops into informal markets, where prices tend to be less stable than those in formal channels. Poorer consumers, meanwhile, have trouble accessing nutritious food that they can afford.

This problem reflects the fact that Africa’s agricultural value chain often has a missing link: competitive food processors. These businesses can drive demand for the produce of the small-scale farming families that still compose two-thirds of the population; create formal jobs; and increase the availability of affordable, safe and nutritious food for the region’s consumers.

Because of these linkages both upstream and downstream, the food-processing sector can be transformational in a way few other sectors can. In Tanzania, for instance, a study found that investment in agro-processing had more potential impact on the total economy than investment in any other industry.[5]

But what will it take for this critical sector to reach its full potential? At TechnoServe, having worked with food processors across six African countries, we believe two areas are especially key.

And the best sources of this knowledge aren’t necessarily schools, but fellow food processors. At TechnoServe, we’ve worked with Partners in Food Solutions (PFS) on a new model to bring this expertise to African food businesses. PFS consists of some of the top food companies in the world, like General Mills and Cargill, whose employee volunteers share world-class guidance with their African counterparts in order to improve the quality, efficiency, and profitability of their operations. Since 2010, this partnership has worked with 900 food processors and provided tailored assistance to 150 processors who source from at least 800,000 smallholders, catalyzing more than 55,000 MT in sales of improved, nutritious food and $10.5 million in financing.

Matching the needs of African food processors with the expertise of companies in the same sector is a promising way to build local capacity on a large scale.

In many African countries, more than half of small- and medium-sized businesses—like most of those in the food-processing sector—are unserved or underserved by lenders[6], often because they are seen as risky investments.

It is important to work with lenders and businesses to help the former create financial products that work for food processers and to help the latter prepare the accounting systems and documentation needed to secure a loan. In the case of one Tanzanian maize mill, for example, the key to unlocking credit was helping the managers to put together a formal business plan for the first time in the company’s history.

Pauline Kamau worked with PFS and TechnoServe to improve the safety and quality of her products and improve the efficiency of her manufacturing. She placed screens in her facility to keep pests out, and she instituted regular training for her staff on quality control and food safety.

Soon, her production increased by 20 percent, and her sales revenue nearly doubled. With this success, she was able to secure a $190,000 loan to finance a new, bigger production facility and to increase her volumes even further. She now hopes to add new institutional buyers like the World Food Program.

There are thousands of food-processing entrepreneurs like Pauline across Africa, who just need the right mix of guidance and financing to move their businesses to the next level. And with them, smallholder farmers, consumers and employees will move forward as well.