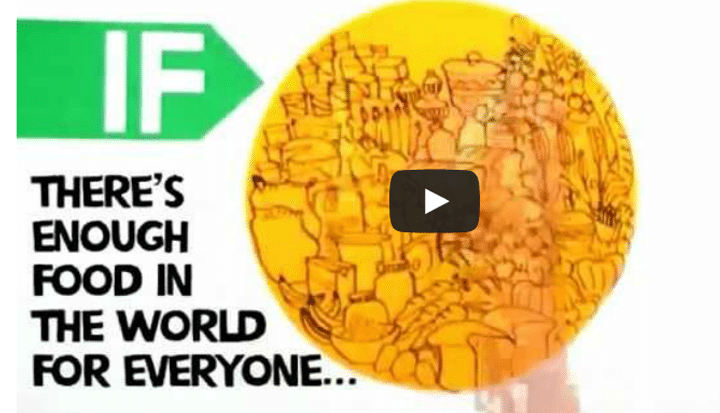 
The Enough Food for Everyone IF campaign which 100 charities launched yesterday includes some inspiring and also challenging messages for business and the wider world.

At the heart of the new campaign is the fact that although the world produces enough food for everyone, hundreds of millions of people are hungry and malnourished, with devastating effects on their lives and economies.

The ‘IF movement’ – the largest coalition of its kind in the UK since Make Poverty History in 2005 – is calling on Prime Minister David Cameron to use the UK’s G8 presidency in 2013 to take action on what it says are the root causes of the hunger crisis in the poorest countries.

Campaign members include ActionAid, Christian Aid, Oxfam, Save the Children and Unicef. And they are supported by famous names including Bill Gates, Archbishop Desmond Tutu, as well as a host of showbusiness personalities.

The demands of the Enough Food For Everyone IF campaign are as follows:

Campaigners argue that while great strides have been made in reducing poverty and 14,000 fewer children are dying each day than in 1990, hunger is now threatening to reverse these achievements. Small farmers - especially women and their children – as well as vulnerable and ordinary people everywhere face the highest food prices in a generation. Climate change, meanwhile, is making things even worse.

For many major companies, one of the most potentially challenging parts of the new campaign is likely to be its messages about tax and transparency. The campaign is making an explicit link between corporate behaviour, on the one hand, and children, women and men suffering from hunger, on the other.

According to the IF campaign’s launch press release: ‘Taking action on the ‘corporation tax gap’ by multinational companies alone would enable developing countries to raise enough revenue every day to save the lives of 230 children under 5 currently dying because of malnutrition.’

Of course there is always scope to argue about such calculations but it is more difficult to challenge the fundamental point here: that when companies pay less tax, there is less money which governments could use to help people free themselves from hunger and poverty.

And arguments such as this are likely to have more traction than ever, at a time of extraordinary public and media interest in companies’ tax arrangements and their impact on public services in the UK. More information about the campaign is available at: www.enoughfoodif.org