Examples from the Corporate Human Rights Benchmark COVID-19 study: How some companies are responding to the crisis in a meaningful way 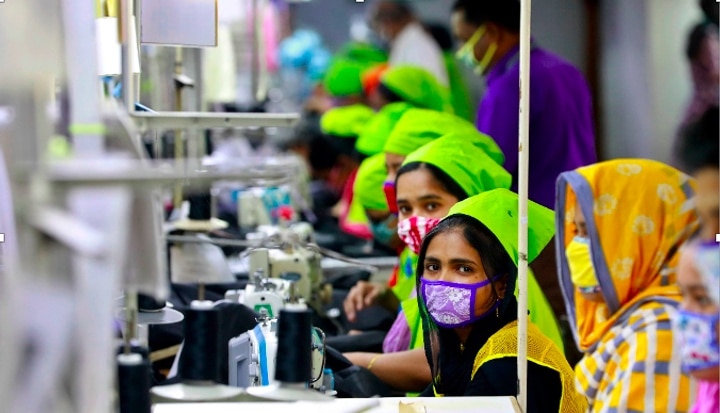 The World Benchmarking Alliance’s COVID-19 and human rights study shows companies still have a long way to go when it comes to adequately managing the human rights risks and impacts of the global pandemic. However, there are positive examples of businesses prioritising the rights of their workers.

Click here for more stories about
SDGS
Tuesday May 4 2021


The COVID-19 pandemic has hit businesses hard, wiping out the equivalent of 255 million jobs in 2020 alone – four times more than the 2009 financial crisis. Unskilled labourers, minorities and women have been particularly hard hit.

In February 2021 the World Benchmarking Alliance released a COVID-19 and human rights study of the same 229 companies it assessed in its 2020 Corporate Human Rights Benchmark to identify how companies were impacted by and responded to increased human risks and impacts associated with the coronavirus crisis.

Most companies failed to adequately limit negative impacts on workers. Less than 10% explained in disclosures how they considered the risks of COVID-19 within their own operations and supply chains. Only 6% consulted with workers’ representatives, communities and vulnerable groups, meaning that the majority of companies did not have conversations with their workers or trade unions, among other stakeholders, when identifying and assessing COVID-19 risks and impacts. Nevertheless, there are some positive examples of companies taking steps to ensure that the rights of workers were respected, within their own operations and as well as their supply chains:

Paying for products that could not be shipped

Companies such as Marks & Spencer stood out from the rest when it came to purchasing decisions, indicating that it paid for all shipped products before production was temporarily halted, as well as for all produced garments that could not be shipped. The retail company also mentioned that it facilitates the distribution of emergency relief funds, and supports safe working conditions in factories where manufacturing continues.

Other companies demonstrated efforts to respect workers’ livelihoods during the crisis. Hormel Foods indicated that they’ve been in constant contact with suppliers to ensure they have the same high standards and practices in place for their employees, including paid sick leave and benefits if they are feeling unwell or test positive to the virus. British groceries retailer Tesco stated that self-isolating workers are being paid in full for the period of isolation and that vulnerable workers, including people who were pregnant or over the age of 70 were given twelve-weeks’ paid leave immediately.

Tesco also committed to using fabric that their suppliers had already purchased for orders, and honoured original payment terms instead of asking for discounts.

Why these examples matter

Examples like these show us how even in times of crisis, companies can behave responsibly and fulfil their human rights obligations. They’re best practice examples for their peers to emulate, and expose the shortcomings of companies who are not doing enough.

The pandemic didn’t create an entirely new set of risks and impacts for workers and communities; it exacerbated issues that have existed for a long time, many of which are deep-rooted and systemic. We now have an opportunity to address these shortcomings. Addressing these risks and impacts with a human-rights approach is not only central to the immediate crisis response; it’s crucial if we want to recover and build back better.