Equality: What Does This Mean for Women in Kenya? 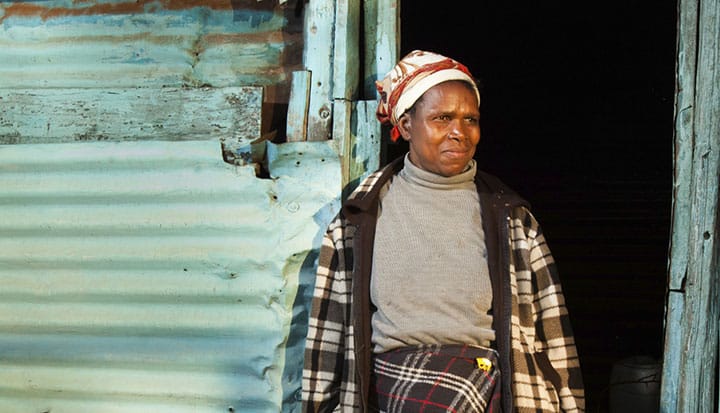 Equality: What Does This Mean for Women in Kenya?


As Christine Lagarde, mother, head of the IMF and star of the global stage arrives at Davos this week, Hannah Haciku mother, entrepreneur and village authority will be working hard to feed and clothe her three children in Kenya. Two women, two very different lives. Christine may face a glass ceiling, the one Hannah faces is more like a steel one.

Don’t get me wrong, Hannah is a successful business woman who has battled prejudice and poverty to win the respect of her husband and her village. My point is that while we have made great strides in gender parity (admittedly with a long way to go) and it is high on the agenda at Davos – the impact has been felt mostly by a prosperous elite in the developed world.

The recent study of BRAC’s work by the LSE provides hard evidence for what many of us who work in the field know about the nature of poverty for women: “the poorest are neither unwilling nor unfit to engage in the same jobs as more prosperous women in their communities, but face barriers which prevent them from doing so”.

Of course success is built on hard work, ability, ambition as well as opportunity and Christine Lagarde an extreme example. But without the education, family support and healthcare available in the developed world, how many women would have been able to go out to work or started businesses in order to earn money and take care of their families?

WEF’s 2015 Gender Gap report places Ms Lagarde’s home country, France, at 15 overall for women’s equality and top in the world for their educational attainment and health chances, Kenya is ranked 48th overall and 113th for education and 85th for health prospects for women. The enabling environment for women in Kenya like many poorer countries is far worse.

The Kenyan economy is growing, gender equality is a matter of public debate and we have laws which protect a woman’s right to own property and receive an education. But away from the court rooms, the parliament buildings, glass fronted offices of Nairobi and further still from Davos, Kenya is still a very traditional society where even an educated woman is still ultimately at the mercy of a culture where her role is to take care of the family while the man earns the money.

To take an extreme example: one in four women in Kenya today has suffered genital mutilation (FGM) even though the Kenyan government made it a crime punishable by prison in 2001. Why? Because, in some of Kenya’s poorer communities, parents believe the only option open to girls to have a livelihood is through marriage and FGM remains a cultural prerequisite for marriage in these communities.

This same attitude is present in every walk of village life, even when a Kenyan woman manages to secure a casual job in the informal sector, such as a farm help, her earnings are 50% lower than a man’s. As lower national income tends to drive greater inequality for women, the reverse is also true. Greater gender parity will drive economic growth. According to Mckinsey closing the gender gap could boost the GDP of Sub-Saharan Africa by 27%.

The answer is to give women economic power, not to run large corporations but to simply find a job, earn an income and give them an equal voice within the family and community. Only then can we breakdown the cultural norms which still pervade village life. However, in Kenya only 60% on average have access to a paid occupation and so to earn an income women must create their own jobs by setting up and running their own small businesses.

The World Bank estimates that more than three billion people are working, and nearly half work in farming, small household enterprises, or in casual or seasonal day labour. This is not something which we should ignore or see as a problem.

It is true these micro-entrepreneurs often make a poorly paid and vulnerable living. But they also offer an opportunity. With business training and access to finance these micro-enterprises can turn a profit and help support a family. We at Hand in Hand have trained 1.6 million people (predominantly women) who have gone on to create 1.6 million businesses which support 2.4 million jobs.

What do these numbers mean to women living in poverty? I will let Hannah explain, “We now eat regularly and I will be able to send my 13-year old daughter to secondary school. My husband loves that I earn money”.

The laws which enshrine women’s rights have transformed the lives of many and events like Davos serve to highlight how much more still needs to be done to achieve global gender parity. But we must remember that if women are to achieve equal rights, even poor women in rural Kenya, then we need to combine the ‘pull’ from above with a “push” from the bottom up. It is women like Hannah who will, village by village, help change the world. Hannah’s daughter will grow up in an environment which will enable her to achieve so much more thanks to the income from one small business.


This article first appeared on Huffington Post and is reproduced with permission.

One response to “Equality: What Does This Mean for Women in Kenya?”